G20 presidency big opportunity for India, must utilise it for global good: Modi

India will officially assume the G20 presidency from the current chair Indonesia on December 1. 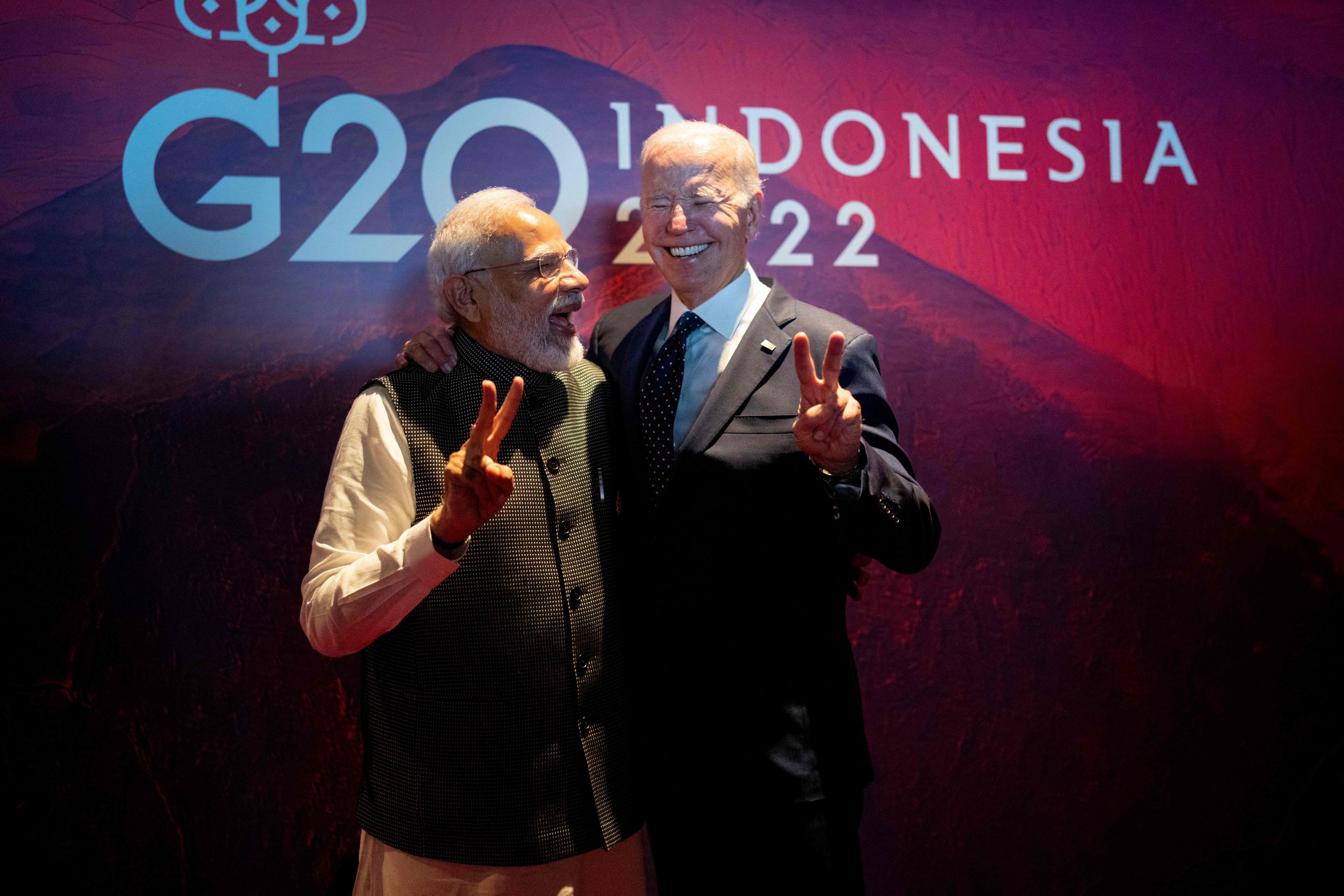 President Joe Biden (R) gestures with India’s Prime Minister Narendra Modi as the two leaders met in a hallway as Biden was going to a European Commission on the Partnership for Global Infrastructure and Investment on the sidelines of the G20 Summit in Nusa Dua, on the Indonesian island of Bali, on November 15, 2022. Image Credit: Getty Images
Follow Us

As India readies to assume the presidency of the “powerful” G20, Prime Minister Narendra Modi on Sunday said the country should focus on global good during its term and asserted that it has solutions to the challenges related to peace, unity, environment and sustainable development.

India will officially assume the G20 presidency from the current chair Indonesia on December 1.

Noting that assuming G20 presidency is a “big opportunity” for India, Modi said the theme that India has given is “One Earth, One Family, One Future” which shows its commitment to ‘Vasudhaiva Kutumbakam’ (world is one family).

“The G20 has a partnership comprising two-thirds of the world’s population, three-fourths of world trade, and 85 per cent of world GDP. You can imagine – India is going to preside over such a big group, such a powerful group, from December 1,” he said during his monthly Mann Ki Baat radio programme.

“What a great opportunity has come for India, for every Indian! This becomes even more special because India was awarded this responsibility during ‘Azadi Ka Amrit Kaal (75th year of India’s Independence’),” the prime minister said.

The presidency of the G-20 has arrived as a big opportunity for India and it has to make full use of this opportunity and focus on global good and welfare of the world. “Whether it is peace or unity, sensitivity towards the environment, or sustainable development, India has solutions to challenges related to these,” he said.

In his 95th Mann ki Baat broadcast, Modi hailed a “unique gift” from a weaver from Telangana, Hariprasad, who sent the PM a G20 logo woven with his own hands.

Talking about India’s upcoming G20 presidency, Modi said there should be welfare of all, peace to all, fulfilment to all and well being for all. In the coming days, many programmes related to G-20 will be organised in different parts of the country, he noted. “During this period, people from different parts of the world will get a chance to visit your states. I am sure that you will bring the diverse and distinctive colours of your culture to the world and you also have to remember that the people coming to the G-20, even if they come now as delegates, are tourists of the future,” he said in his address. He also urged people especially the youth to join the G20 in one way or the other.