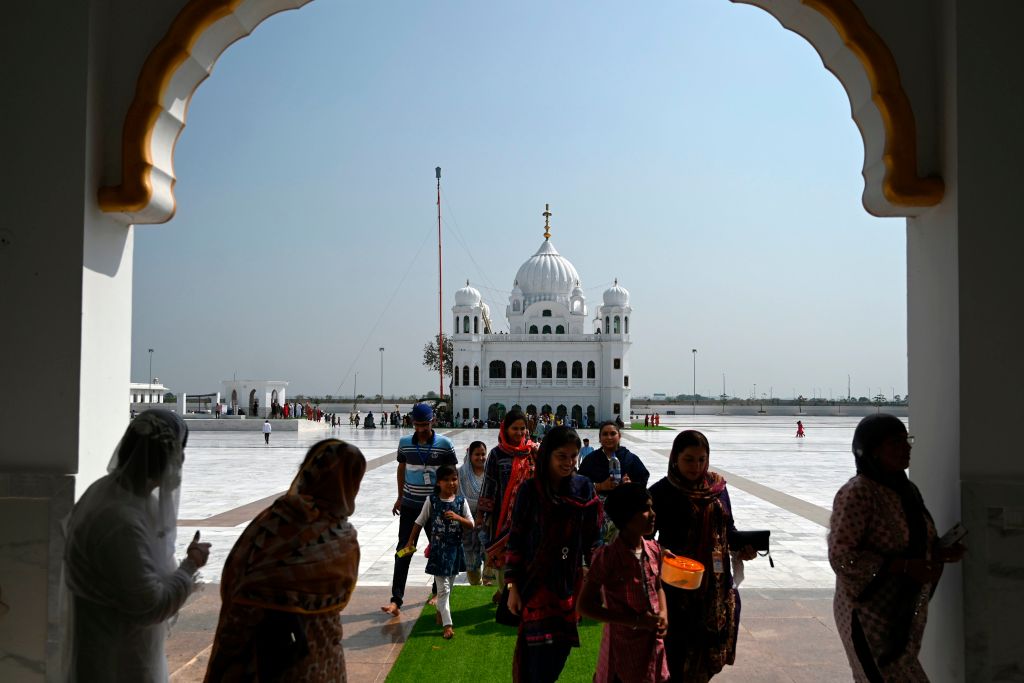 Sikh pilgrims arrive to take part in a religious ritual on the occasion of the 481st death anniversary of Baba Guru Nanak Dev Ji, the founder of Sikhism, at Gurdwara Darbar Sahib in Kartarpur near the India-Pakistan border on September 22, 2020. (Photo by AAMIR QURESHI/AFP via Getty Images)

PAKISTAN has decided to allow fully-vaccinated Sikh pilgrims to visit Gurdwara Darbar Sahib at Kartarpur from next month with strict Covid-19 protocols, ahead of the 482nd death anniversary of Sikhism founder Guru Nanak Dev on September 22, media reports said on Sunday (22).

On this occasion, three-day rituals will be held at the shrine from September 20. Guru Nanak died in Kartarpur on September 22, 1539.

The pilgrimage to the Kartarpur Sahib gurdwara was suspended in March 2020 because of the Covid-19 outbreak.

The decision to open the Kartarpur shrine was taken unanimously by the National Command and Operation Centre (NCOC) on Saturday (21), the Dawn newspaper reported.

Fully vaccinated persons with certificates will be allowed to enter Pakistan provided they show Real-Time Polymerase Chain Reaction (RT-PCR) test reports which should not be more than 72 hours old.

A Rapid Antigen Test (RAT) will also be conducted at airports and in case of a positive result, the individual will not be allowed to enter Pakistan.

A maximum of 300 people will be permitted to assemble at a time at the darbar.

The restriction to visit Kartarpur was eased despite the country reporting 3,842 new cases in the last 24 hours, taking the national tally to 1,123,812, according to the health ministry.

The death toll reached 24,923 with 75 more fatalities. The positivity rate was 7.18 per cent, the highest in the last three days.

The vaccination drive is going on and a consignment of 2 million doses of Sinovac vaccine reached Pakistan on Saturday (21) to replenish the stock. So far, 46.45 million doses have been administered in the country.