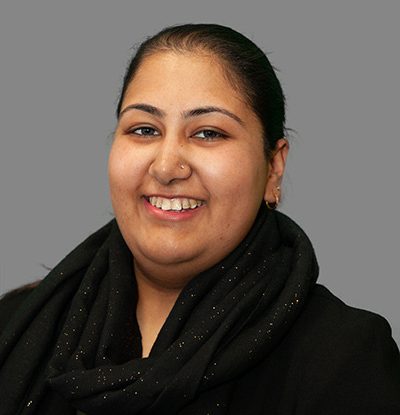 Samiya Akhter (Labs, St Paul’s ward) who has confirmed she has been deselected.

The Local Democracy Reporting Service (LDRS) has learned up to four Labour councillors in Sandwell have been deselected after failing to pass the party’s panelling process ahead of the May 2022 local elections.

It is understood the councillors concerned did not pass selection panel interviews to stand again as Labour candidates and that the majority of Labour candidates chosen to contest these wards in 2022 identify as BAME.

But one councillor has hit back at the Labour party’s selection process, describing it as “institutionally racist” and believes the party “seems to allow discriminatory practices”.

In a leaked letter seen by the LDRS, Samiya Akhter (Labs, St Paul’s Ward) wrote to David Evans, the general secretary of the Labour Party, about her selection interview.

Akhter claims the Labour party has replaced “every single Muslim councillor” in Sandwell who were up for re-election, and alleged “not a single person of a non-minority was deselected apart from Muslims or Sikhs”.

Akhter confirmed to the LDRS that in addition to herself, the following councillors did not pass the interview for prospective candidates and have been deselected.

Akhter, who works as a nurse alongside her duties as a councillor, said while Sir Keir Starmer had backed a campaign last weekend to support more women putting themselves forward as candidates, she claims this “did not apply” to her.

She said: “I am very disappointed to see how the National Executive Committee (NEC) have acted upon the selection of councillors, long-standing or not.

“Instead, they choose people to be candidates who have no track record on campaigning or community engagement, yet they are deemed as suitable candidates.

“Having been born and bred in a Muslim household and a diverse community, I felt my liberty of deprivation was compromised by members of the NEC. I am a young working nurse and a proud Labour councillor for my ward.

“Sir Keir Starmer, with all respect, promised that he was going to tackle the inequalities that Sandwell council suffer as a borough itself – yet seems to allow discriminatory practices.”

“The Labour party preaches equality and justice in public but does the opposite in private.”

One current Labour councillor, who wished not to be named, said: “I’m unaware of the result of the selections, but as a councillor […] I am very proud of the hard working, committed, and diverse make up of the Sandwell Labour Group.

“I would be very sorry and disappointed if any steps were taken to change it.”

With a majority of only 102, the deselection of Akhter will make the local election a hotly contested seat.

This is not the first time accusations of racism have unfolded at Sandwell council.

A leaked review into the investigation of the Wragge report alleged claims of ‘racially motivated language’.

Both Sandwell Labour and The Labour Party were approached for comment.