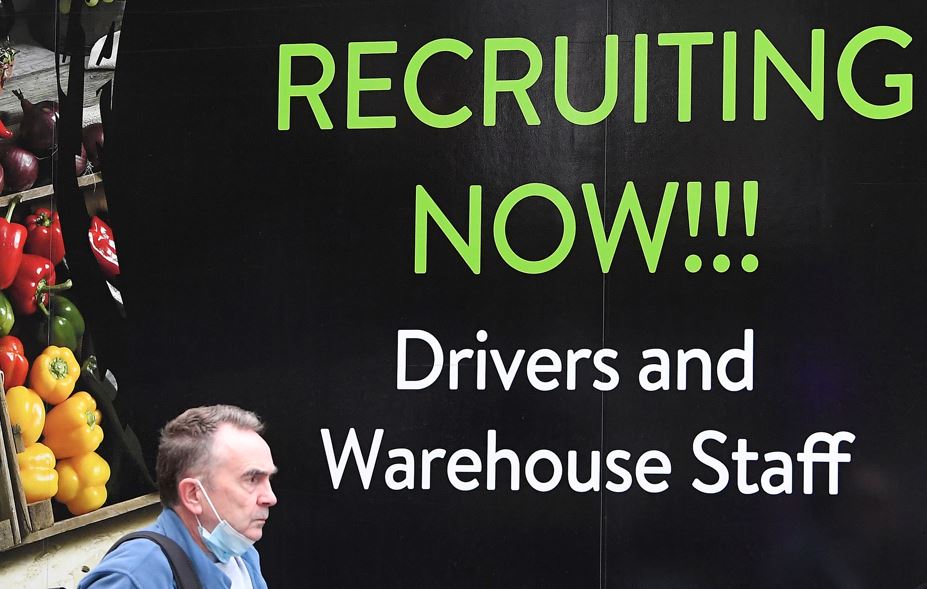 WORKPLACE RIGHTS: There is concern that hard-working staff are being threatened with the sack unless they accept a cut in wages and conditions

ACROSS Britain, members of the diverse Asian community play a key role in keeping the country going.

In factories, hospitals and airports, this contribution is vital. We watched with pride as cleaners, doctors and drivers were applauded for their work during the Covid crisis, but the loyalty employees have shown to bosses is not always repaid.

A new sickness is sweeping the UK, called “fire and rehire”. Workers are told they will be fired unless they accept drastically reduced pay and conditions.

This week, MPs will vote on new legislation to regulate this evil practice. My private members’ bill has the support of politicians from all parties. It’s wrong that workers are threatened with the sack and told they will only be re-employed to do the same job if they accept less money and poorer conditions.

“Fire and rehire” isn’t right and shouldn’t be happening in Britain today. It’s an issue that affects every constituency, every industry. It’s a social evil that is hurting hundreds of thousands of families.

As if the insecurity of the pandemic was not enough, more and more companies are now threatening people with the sack so they can pay them less.

To some readers, this is not news, especially those who work in lower-paid jobs where the practice is growing. “ Fire and rehire” comes and goes with each boom and bust cycle of our economy.

But the practice seems more pervasive than ever and we now need to legislate. Even some Conservative MPs are beginning to call for better regulation.

The new breed of “fire and rehire” companies are household names – Argos, British Gas, Tesco, Sainsbury’s and Weetabix, among others, are all at it.

These are brands we all know, and they have all done well during the lockdown. But they are prepared to bully thousands of workers with no regard for loyalty or the fact that they created the profits for these companies.

I launched my campaign at Jacobs Douwe Egberts (JDE) in Banbury. Coffee consumption was up 40 per cent during the lockdown and the company made record profits, but that didn’t stop them threatening their workforce in Banbury with the sack unless they accepted a cut in wages of up to £12,000.

No family should have to put up with that. I met hundreds of workers who told me what that loss of earnings meant for them: How do you pay your rent or mortgage with a cut like that? How do you support your family?

Every pound cut is a pound less to pay your rent, to pay your mortgage and the fear of eviction or repossession is very real.

The culture of “fire and rehire” is killing worker confidence and returning us to an era of industrial relations belonging to the last century or well before.

We need a modern approach to employment needs, not the blunt bat of “fire and rehire”.

Standing on the picket line at JDE in Banbury and in Ashby de la Zouche at the Brush Traction head office, I was told how the companies used to be great places to work.

One woman explained that her family had given more than 150 years of service to the company. At Brush, another man had started work at 15 and had 53 years of service. They could not believe that after all their loyalty, they were being treated this way.

In Loughborough, Nav has worked at the Brush for over 12 years and is now faced with “fire and rehire”. He told me, “I worked hard, studied, paid my taxes and this is what you get. It’s outrageous and shouldn’t be allowed”.

In each case, new management had come in and hard-working staff had been treated like digits on a spreadsheet. Employers have lost sight of the human beings who deserve respect, dignity and decency.

There is unforgivable stress being put on workers. They dread the next bill coming through the door, they are unable to sleep at night, wondering how to put food on the table. It is shameful. So it is clear we have a moral as well as practical case for new legislation.

The government has said they believe “fire and rehire” should not be happening.

Even Jacob ReesMogg MP has described it as “wrong” and a “bad practice” while business minister Paul Scully has branded it as “bully-boy tactics”. But they are not prepared to legislate to stop it. They say they will issue expanded guidelines.

But the companies who are doing this don’t need more guidelines. They know what they are doing is wrong and they will keep on doing it unless someone stops them. That is why legislation is needed.

Despite the government’s reluctance to pass primary legislation, my bill already has support from more than 200 MPs from every single party in the House of Commons, including a growing number of Conservative MPs.

I believe that with enough public support, we can persuade the government to do a U-turn just like they did with free school meals.

For the past few months, I have been criss-crossing the country, speaking with those affected and policy makers. When there is such clear injustice, it must be possible for MPs to work together towards a common goal. Fingers crossed for Friday (22).

Barry Gardiner is the MP for Brent North. His employment and trade union rights (dismissal and re-engagement) bill is currently going through parliament, with its second reading on Friday.