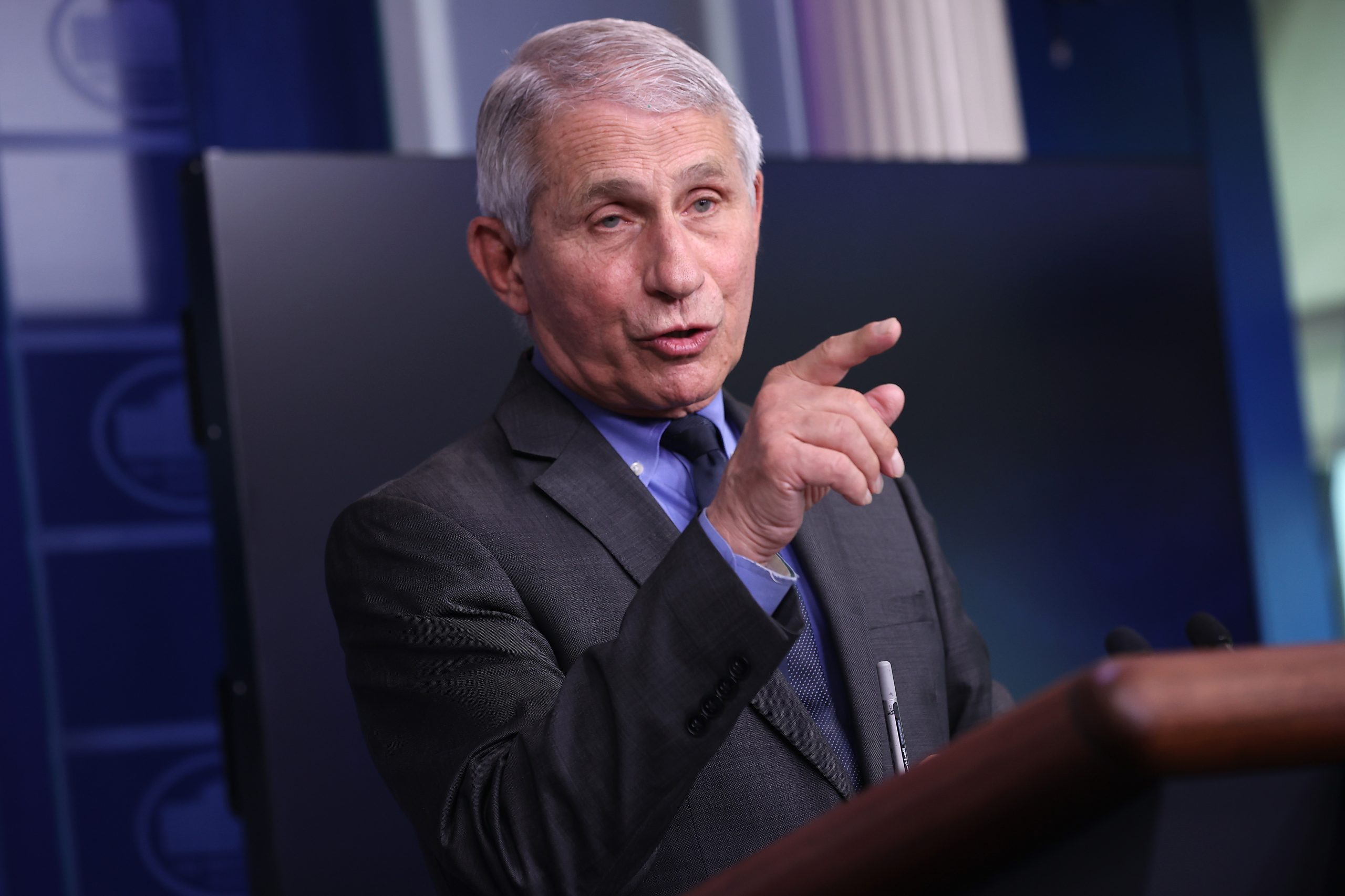 Dr Anthony Fauci, director of US National Institute of Allergy and Infectious Diseases. (Photo by Chip Somodevilla/Getty Images)
Follow Us

“I think the most important thing in the immediate is to get oxygen, get supplies, get medication, get PPE, those kinds of things,” the Indian Express daily quoted Fauci as saying in an interview.

“But also, one of the immediate things to do is to essentially call a shutdown of the country,” he said.

“And if you shut down, you don’t have to shut down for six months. You can shut down temporarily to put an end to the cycle of transmission,” he added.

“No one likes to lock down the country… But if you do it just for a few weeks, you could have a significant impact on the dynamics of the outbreak.”

India recorded more than 400,000 new cases on Saturday and added more than seven million infections in April, overwhelming its health care system in many places.

Many states have imposed heavy restrictions on activity, particularly in the western state of Maharashtra and the capital New Delhi where hospitals are at breaking point.

The hard-hit capital extended its shutdown for another week on Saturday.