Sunak, whose resignation helped provoke the rebellion that forced Johnson out last week, will try to convince the Conservatives that he is the “serious” candidate in a race. 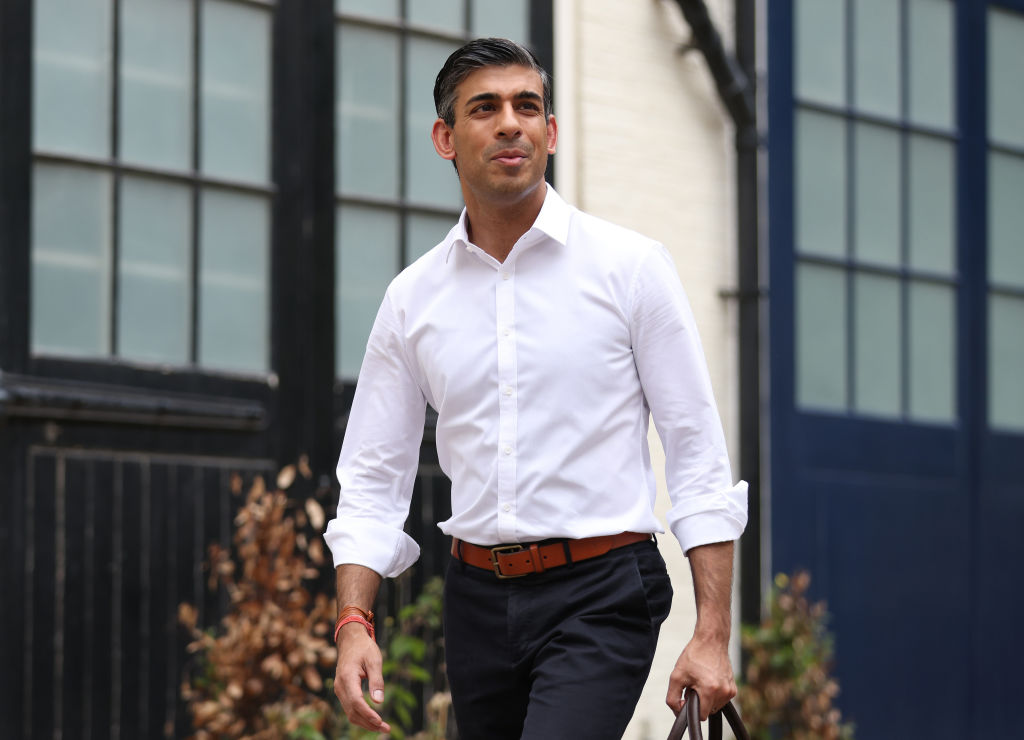 Rishi Sunak, former Chancellor of the Exchequer, leaves his home after launching his campaign to be the next leader of the Conservative Party on July 9, 2022 in London, England. (Photo by Hollie Adams/Getty Images)
Follow Us

Ex-finance minister Rishi Sunak and two others will start their campaigns on Tuesday to become Britain’s next prime minister, battling for the support of a party deeply split over who should succeed Boris Johnson.

So far 11 candidates have said they are bidding to become leader of the governing Conservative Party and Britain’s next premier after Johnson was forced to quit when support drained away in a rebellion over a series of scandals.

Sunak, whose resignation helped provoke the rebellion that forced Johnson out last week, will try to convince the Conservatives that he is the “serious” candidate in a race that is being fought largely on the right-wing of the party.

With most candidates saying they would cut taxes if they win, Sunak, the current bookmakers’ favourite, has said while he would want to reduce the tax burden, he would wait until after inflation has been tackled.

“We need a return to traditional Conservative economic values – and that means honesty and responsibility, not fairy tales,” Sunak is expected to say at the launch of his campaign, according to his team.

“My message to the party and the country is simple: I have a plan to steer our country through these headwinds. Once we have gripped inflation, I will get the tax burden down. It is a question of ‘when’, not ‘if’.”

As finance minister, Sunak set Britain on course to have its biggest tax burden since the 1950s, and the other prime ministerial hopefuls have turned their fire on him on tax, with most saying they would oversee cuts immediately. Read full story

Penny Mordaunt, a junior trade minister, tried to strike a more measured tone in the Daily Telegraph newspaper, writing that while she would cut taxes, “I will pioneer sound money”.

“I am a small state, low tax conservative, but I also believe we need to use the levers of government to support jobs and livelihoods through difficult economic situations,” she wrote.

Tom Tugendhat, the chair of the foreign affairs committee, will also launch his campaign, as will Kemi Badenoch, a former junior minister who is scooping up some support on the right-wing of the party.

The main opposition Labour Party will put forward a motion of no confidence in the government on Tuesday to be voted on the next day – a move which is unlikely to be successful when the Conservatives are behind in the opinion polls.

On Monday, the 1922 Committee of Conservative members of parliament agreed the rules for the leadership contest, saying the field will soon be whittled down with the final two being presented to the party by July 21.

They said the winner, and Britain’s new prime minister, will be announced on Sept. 5. Read full story

But first, they have to navigate an increasingly bitter leadership race, with some of the contenders facing hostile briefings from their competitors.