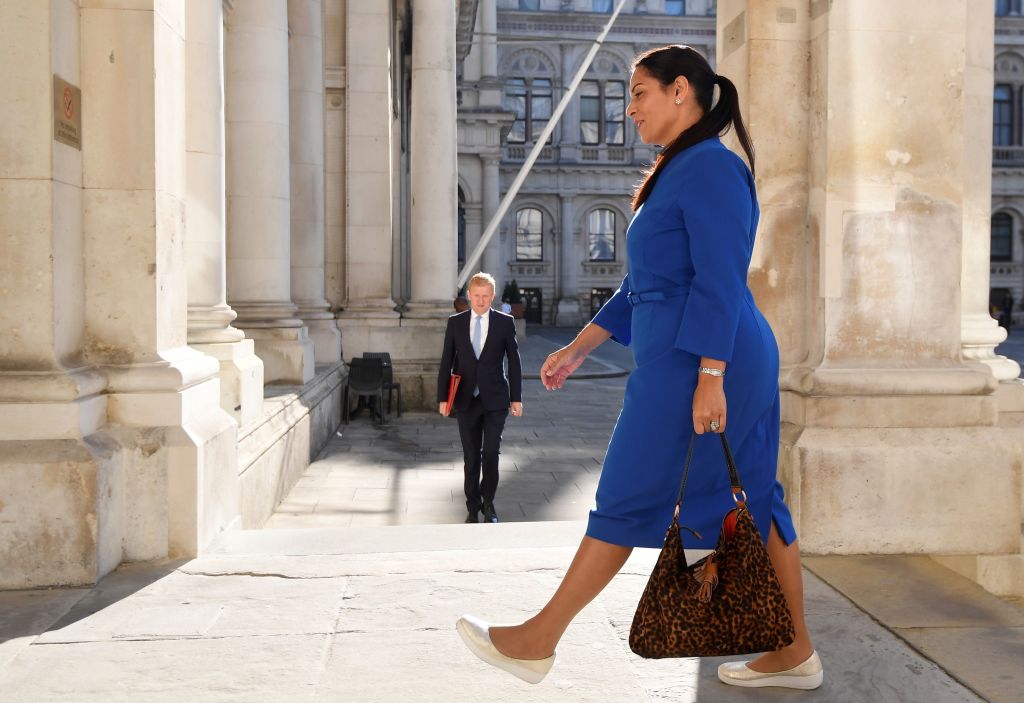 Home Secretary Priti Patel’s allies have vociferously defended her, accusing “dark forces” within the civil service of trying to malign her with bullying allegations. (Photo: TOBY MELVILLE/AFP via Getty Images)

PRITI PATEL could be called to give evidence at an employment tribunal over a bullying row that led to the resignation of her former permanent secretary, according to a media report.

The prospect emerged after Sir Philip Rutnam — who had initiated constructive dismissal claim proceedings against the Home Office — named the home secretary personally as a respondent, the Guardian reported on Monday (5).

Patel was accused of bullying colleagues and “orchestrating” a series of hostile media briefings against Sir Philip, who resigned in February.

“I have been the target of a vicious and orchestrated briefing campaign,” the civil servant had said in an emotional TV address. “It has been alleged that I have briefed the media against the Home Secretary. This – along with many other claims – is completely false.”

He had also accused Patel of “shouting and swearing, belittling people, making unreasonable and repeated demands – behaviour that created fear and that needed some bravery to call out”.

Patel’s allies and former colleagues, however, had vociferously defended her, accusing “dark forces” within the civil service of trying to malign her.

While some of them said she was being targeted for being “tough and strident” at work, others opined Patel had become “a pawn in the game between disgruntled Leftist civil servants who are now using this to try to weaken the government and its determination”.

As she faced a “tsunami” of allegations in March, Boris Johnson, too, had asserted in the House of Commons that the home secretary was “doing an outstanding job”, and that he was “sticking by her”.

The prime minister, however, ordered a Cabinet Office inquiry, that currently awaits the official seal.

By the end of April, the Telegraph had reported that the inquiry “looked at all the claims and found nothing”.

“They trawled through lots of material but found no evidence,” a Whitehall source told the daily.

Now, with Rutnam pushing ahead with the claim, the tribunal has directed both parties to voluntarily exchange information pertaining to the case by January.

According to sources, Patel was expected to appear as a witness once the hearings begin in September.

The government, they added, will also be asked for full disclosure of all correspondences between Patel, her staff, the Cabinet Office and No. 10.

The Guardian report on Monday said this will “increase pressure on Patel, who has denied all allegations against her, and on Boris Johnson, who has publicly backed his home secretary”.

It added that the government will resist “any attempts to force Patel or Johnson to appear before the tribunal as witnesses”.

Notably, this is the first case of a former permanent secretary suing a secretary of state.

As it is whistleblowing claim, the usual ceiling of £85,000 will not be applicable in Rutnam’s case.