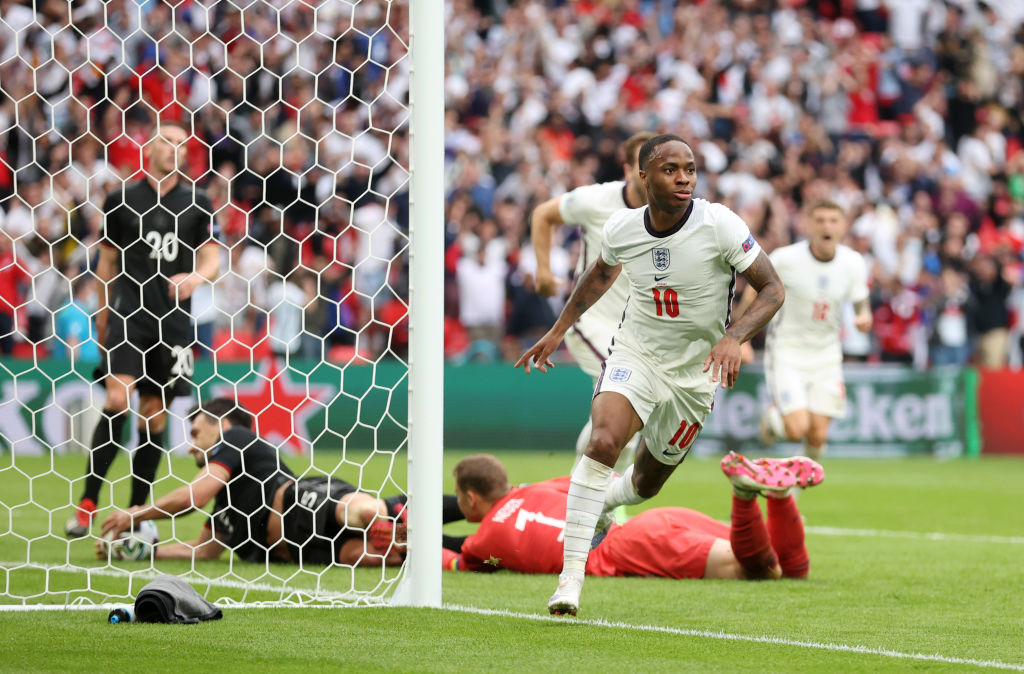 Raheem Sterling of England celebrates after scoring their side’s first goal during the UEFA Euro 2020 Championship Round of 16 match between England and Germany at Wembley Stadium on June 29, 2021 in London, England. (Photo by Catherine Ivill/Getty Images)

AS ENGLAND’S football team celebrated their 2-0 victory against Germany on Tuesday (29) in the European Championships, fans will be gearing up for the next match on Saturday (3).

Similar to the 2018 World Cup, Euros 2020 has brought together England fans across the country. It has also sparked a debate on identity and Englishness, spearheaded by integration thinktank British Future.

According to its research, most poll respondents believe the multi-ethnic national football team is the symbol of England that unites people of all backgrounds in a way that other symbols like the St George’s flag do not.

Although it is encouraging to see people feel unified by the sport, it must continue off the pitch. People of all races and backgrounds should always feel they are included in a modern English identity that we can all share and be proud of.

Institutions, including sporting associations, need to continue their work on diversity and inclusivity to fully reflect the UK population so that communities feel they have equal opportunities and representation in all walks of life.

Even in football, progress still needs to be made. In 2020, only five of the 92 Premier League and English Football League managers or head coaches were BAME.

And although more than 100 black and mixed-race footballers have played for England, none of them has been Asian.