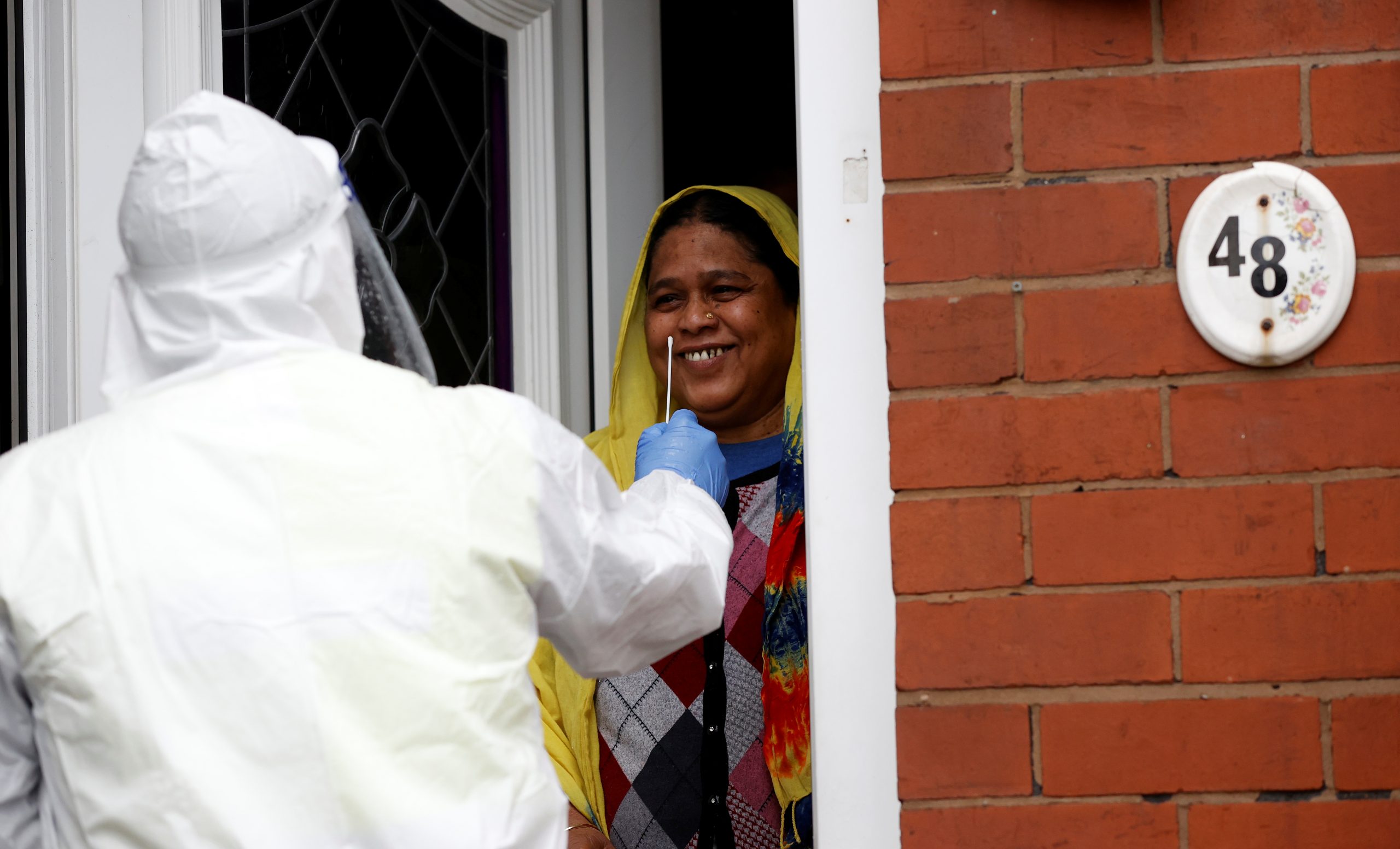 MURSHEDA CHOWDHURY, who has been a doctor for 25 years and is of Bangladeshi origin her­self, has highlighted some shocking health statistics – especially for Bangladeshi men – that have been exposed by the pandemic.

What Covid-19 has done is to shine a light on structural racism in society, which partly explains the disproportionately high death toll in the black and Asian com­munities, she told Eastern Eye in an exclusive interview.

“Bangladeshi men, for exam­ple, have almost 10 years less disa­bility-free life expectancy com­pared with the average person in the UK,” she said.

This is a reference to “the num­ber of years they are expected to live in a healthy condition”.

She referred to serious research done in this area: “A Bangladeshi in his or her 20s or early 30s has got the same level of illness or disease burden as a white person in the 61-70 age group.”

This is said to be “the worst equivalent statistic for any ethnic group”, she pointed out.

Governments have known about such inequalities for many years, according to Dr Chowdhury.

She said: “I’m from a Bangla­deshi background, but for most of the people from my community, if you just look at us as a group, life expectancy is lower. Educational levels are lower. I’m not in that category myself. But it doesn’t stop me from caring about others who are not as lucky as me.”

“My dad died quite a long time ago when I was a junior doctor,” she recalled. “But he worked at the United Nations. He was a demog­rapher. He had a PhD from the LSE (London School of Econom­ics and Political Science)).

“My mother has an undergradu­ate degree in political science and a diploma in library science from UCL (University College London). I came here as baby (from Bangla­desh). I was about 18 months old.”

She went on: “I specialised in palliative care, having qualified from St George’s Hospital, Lon­don, in 1995. A lot of my hospital training has been in Hastings, which is a very white area.

“I left palliative medicine a year ago. But certainly dealing with death and dying was my day job for years. Now I am a medical ap­praiser with East Sussex healthcare. I appraise doctors – they need to have it in order to be revalidated every five years to keep their li­cence going.

“I am also a personal tutor for students at Brighton and Sussex Medical School and guide them until they qualify. My focus in life now is medical education.”

Dr Chowdhury, 49, explained that her experience in witnessing “health and social inequalities” persuaded her to join an organisa­tion called Grassroots Black Left (GBL). This formed a health work­ers’ group “in response to the Cov­id-19 pandemic and its dispropor­tionate impact on African Carib­bean and Asian people”.

She said: “We aim to educate people on inequalities in health and social care, including mental health, that have been affecting black and Asian communities.

“In GBL, we use the term ‘black’ in a political sense to represent all people who share the common cause of combating racism from the perspective of lived experience. So we prefer to use ‘African Carib­bean’ when referring to ethnicity.”

In May when GBL published a report, Black People Racism and the Covid-19 Pandemic, Dr Chowdhury, as convenor of the group, “cast her medical eye over the pa­per to make sure it was scientifi­cally sound. Then, in light of all the developments since May, I took on the task of updating the paper, which was published on the GBL website in November.”

The report calls for employers to take care of their black and Asian employees, “do proper risk assessments, provide PPE, reduce exposure, and redeploy them if necessary,” Dr Chowdhury said. “Not just in the health service, but also transport workers and others in key jobs, and overexposed.”

In the longer term, it wants “overcrowded housing and pover­ty” to be tackled.

Dr Chowdhury’s analysis comes across as calm and rational as she set out how everyday racism – “microaggressions” – can affect people’s health.

“There’s a body of research from the US, as well as the UK, about the effects of everyday rac­ism on peoples’ stress levels, and how that can lead to comorbidi­ties such as hypertension.

“Everyday racism, snide com­ments, that kind of thing, can lead to a state of stress in people who are non-white. And when they are feeling stressed, certain hormones produced in the body can lead to high blood pressure, diabetes, heart disease, strokes. Of course, it’s not a direct, linear relation­ship. It’s very complex.”

She said research by reputable professors has shown such health issues “occur more in people from BAME communities in Western societies because of everyday rac­ism and the stress it produces”.

During the pandemic, it was reported that black and Asian people with comorbidities such as diabe­tes and high blood pressure, were more likely to die from the virus.

Dr Chowdhury commented: “Even the government was forced to acknowledge that in the second PHE (Public Health England) re­port released in the summer.

“There have been so many re­ports over the years, which have talked about structural inequali­ties. The frustration is that no one has done anything about it. Covid might be a positive thing in the sense that it has really shone a light on it, and more and more people are becoming aware of those inequalities.”

She said that some Tory MPs unfairly targeted BAME people during the summer for “going to religious festivals, mosques or temples, and then gathering in groups. And ‘that’s why they had a higher rate of Covid’.

“But at the same time, in the south coast, where I live, we were seeing lots and lots of white peo­ple overcrowding the beaches – so behavioural issues aren’t confined to any particular ethnicity.”

When it comes to the vaccine, the GBL report advocates an internationalist approach.

“Our paper points out that an internationalist approach would be the most sensible one,” ar­gued Dr Chowdhury.

“The fact that the husband and wife team behind the first vaccine to be approved by the UK’s Medicines and Healthcare products Regulatory Agency are Turkish migrants to Germany, exemplifies the huge contribu­tions of migrants. This vaccine has been tested on volunteers from the United States, Brazil, South Africa, Germany and Ar­gentina, across age, gender and ethnicity demographics.”

She will be taking the vaccine herself, having weighed up the risks and benefits.

GBL is also recommending the reasoned views of someone who is of African-Caribbean origin – Dr Winston Morgan, reader in toxicology and clinical biochemistry at the University of East London.

“His emphasis is on the need for informed consent, where in­formation about the vaccine is provided in accessible form for all communities,” she said.

Dr Chowdhury acknowledged: “There is mistrust among black communities when it comes to treatment by the medi­cal profession. So there might be some reluctance among them to have this vaccine.

“This mistrust has historical roots in the pseudoscience of eugenics which was adopted enthusiastically throughout the western world during the first half of the 20th century, as it gives false validity to the notion of superior and inferior races.

“Of course, this is predicated on the notion that those people of a darker complexion are genetically inferior, based on a racist worldview, rather than science. It helped to justify imperialism and racist government policies at home and abroad.”