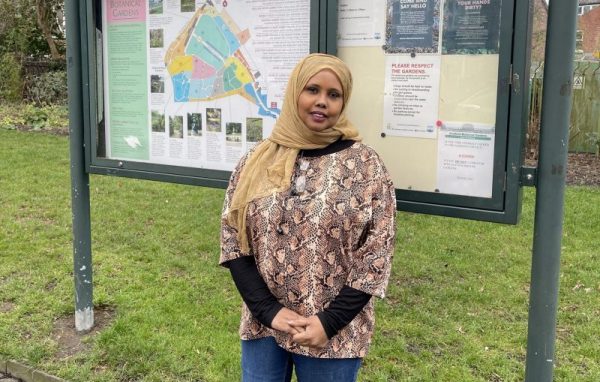 A councillor has exposed shocking racism at Sheffield Council and said a number of serious incidents were ignored.

Councillor Kaltum Rivers, representative for Broomhill and Sharrow Vale ward, said she has been shocked by the “blatant racism” at the authority which she said has been the hardest problem she has had to deal with in her role.

She shared her experiences ahead of stepping down as a councillor in May, to focus on her PhD, in the hope the council will do more to tackle racism.

It comes as the city awaits a report on the findings from the Race Equality Commission, which has been delayed for nearly a year.

Coun Rivers said one of her worst experiences was when a senior elected member, who she did not want to name, tried to block her amendment recognising racism in a motion on women’s safety.

The amendment highlighted the additional problems people from BAME communities experience with regards to their safety such as dealing with institutional racism in the police but the senior councillor tried to remove this before the full council meeting where it was due to be approved last June.

The amendment eventually passed after the senior councillor was challenged and following the incident, Coun Rivers said: “I am once again feeling that acts like this which are clearly symbolic violence hidden in politics are the reason why we will never lift the wall of racism.”

They apologised but even after an informal meeting with them, Coun Rivers said no further action was taken.

She said: “The motions and policies that go through the council are not being checked for racism, that is my worry.

“For me the bulk of the issue is how it’s left with us black people to point things out.”

Speaking about the informal meeting they had, she said: “They were mortified. But that’s a structure they know has been there but they didn’t really see, that’s the problem. Even those who are really trying to do good do it but it’s what you do about it when it comes to the surface.

“What I want is for them to tell me that they will make a difference and show me that they have. So I’m leaving the council thinking how safe are women?

“I think we should forgive people who make a mistake but they need to show us a tangible change, which I haven’t seen.

“It’s really sad an elected member is not aware of the damage and trauma that can be caused…That incident was the hardest thing I had to deal with at the council.”

Coun Rivers said she was also asked on numerous occasions to declare an interest in admissions committee meetings when members of the public involved were Muslim.

She said: “I couldn’t believe it.

“But that was ignored and shrugged off by the chair of the committee. That didn’t even make it into the minutes either. In fact, the chair made a joke about it.”

Coun Rivers said as well as incidents needing to be followed up with actions, there needed to be better diversity training that is not just a ‘box ticking exercise’.

All council officers are required to complete diversity training but while it is also offered to councillors, it is not mandatory.

“My worry is not officers, my worry is that elected members opt out of that training because they are not employed by the council so the council cannot make it compulsory,” she said.

“So my message [to councillors] is: do you really represent everyone in your constituency?

“Get the training, and get the in-depth training and understand the people who are really living in your ward. Because I would want to know there is someone who is going to represent me, all my friends, all my cousins and my colleagues, and actually know what to do for them.”

She said political parties should take more responsibility and ensure every elected member receives training before they are elected.

“Political parties need to make sure their elected members have race relations training before they get elected because once they come into the council, the council can’t force them…My feeling is the buck stops with political parties because those are the ones who put people in those seats.”

The Race Equality Commission was established in summer 2020 to provide an independent strategic assessment of the nature, extent, causes and impacts of racism and race inequality in Sheffield.

A report sharing recommendations for tackling these issues was due to be released around summer 2021 but it has been delayed.

Coun Rivers said it is a positive step but it needs to result in action.

“The Race Equality Commission highlights a willingness to do something so fair play,” she said.

“But I hope that brings a change and it is not just a report…When it does come I hope people will identify where they went wrong and what they need to do. That’s the main thing.”

The council said it had supported the commission and it awaits the recommendations for changes the city can make to tackle racism and discrimination.

Responding to the issues Coun Rivers raised, Gillian Duckworth, director of legal and governance, said: “We are taking this seriously and are making enquiries into this matter to understand what has happened.”

The council added that procedures and protocols are in place to deal with concerns that are raised and it has set out a commitment in its One Year Plan to ensure its staff better reflect the city it serves.