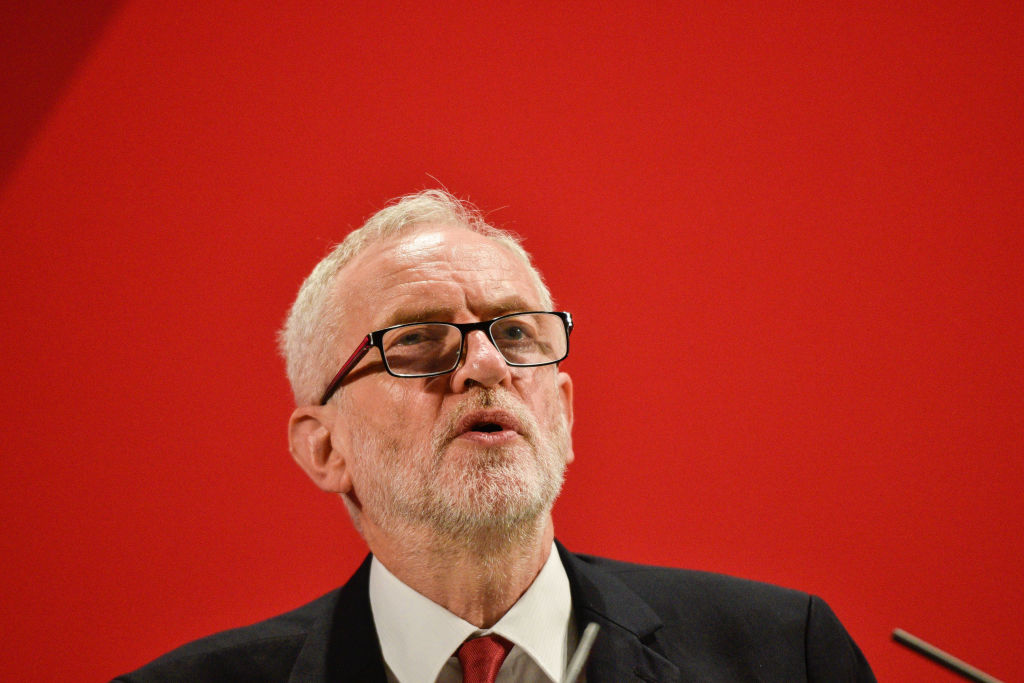 LABOUR leader Jeremy Corbyn on Tuesday (26) declined repeated invitations to apologise to Britain’s Jews after the country’s most senior rabbi suggested anti-Semitism was a “new poison” within the main opposition party, which had been “sanctioned from the very top”.

Corbyn was asked several times in a BBC television interview if he would like to offer his apologies to the British Jewish community over his perceived failure to clamp down on the problem within the left-wing party.

“What I’ll say is this: I am determined that our society is safe for people of all faiths,” Corbyn said.

“I don’t want anyone to be feeling insecure in our society and our government will protect every community against the abuse they receive.”

In an unprecedented intervention ahead of the December 12 snap general election, Chief Rabbi Ephraim Mirvis suggested Corbyn was “unfit for high office”.

Labour has been dogged by allegations about widespread anti-Semitism among members since Corbyn, 70 — a lifelong supporter of Palestinian causes — took over as leader in 2015.

In a speech earlier Tuesday to launch a package of race and faith policies, Corbyn hit back at the charges, branding anti-Semitism “vile and wrong”.

“There is no place whatsoever for anti-Semitism,” he said.

“We have a rapid and effective system” for dealing with complaints, he said, “and that process is constantly under review”.

The comments contrasted starkly with the assessment of Mirvis.

In a scathing commentary in The Times newspaper, Mirvis wrote that the veteran socialist was responsible for “a failure of leadership” which was “incompatible with the British values of which we are so proud”.

“How complicit in prejudice would a leader of Her Majesty’s opposition have to be to be considered unfit for office?” he asked, adding British Jews were justifiably “gripped by anxiety” ahead of the election.

The chief rabbi said it was not his place to tell anyone who to support next month but he advised “every person to vote with their conscience”.

Corbyn told the BBC: “No, he’s not right. Because he would have to produce the evidence to say that’s mendacious.”

The anti-Semitism controversy came to a head within Labour in February, when nine MPs quit the party, citing the leadership’s handling of the issue.

“It is heartbreaking to see a party so many of us joined to fight racism and which had such a proud record of fighting for equality reduced to this,” said Ian Austin, who left Labour in February.

“Corbyn & co should be so ashamed,” he wrote on Twitter.

Meanwhile Archbishop of Canterbury Justin Welby, the highest-ranking Anglican cleric, said the intervention by Mirvis “ought to alert us to the deep sense of insecurity and fear felt by many British Jews”.

The Muslim Council of Britain said it also supported Mirvis speaking out but also claimed that Prime Minister Boris Johnson’s governing Conservatives had likewise failed to deal with allegations of Islamophobia in their ranks.

“This is an issue that is particularly acute in the Conservative Party who have approached Islamophobia with denial, dismissal and deceit,” it added.

A 2016 report by Shami Chakrabarti, the former head of civil rights group Liberty, concluded the Labour party was “not overrun by anti-Semitism”.

But others disagreed and the Equality and Human Rights Commission has launched a formal inquiry into whether Labour “unlawfully discriminated against, harassed or victimised people because they are Jewish”.

The row has exposed deep divisions between Labour members denouncing Corbyn’s complacency, and his hard-left supporters who defend him to the hilt.

At Tuesday’s unveiling of its “race and faith” manifesto, the party had hoped to move beyond the damaging topic with a set of wide-ranging proposals aimed at improving social justice and human rights and promoting racial equality.