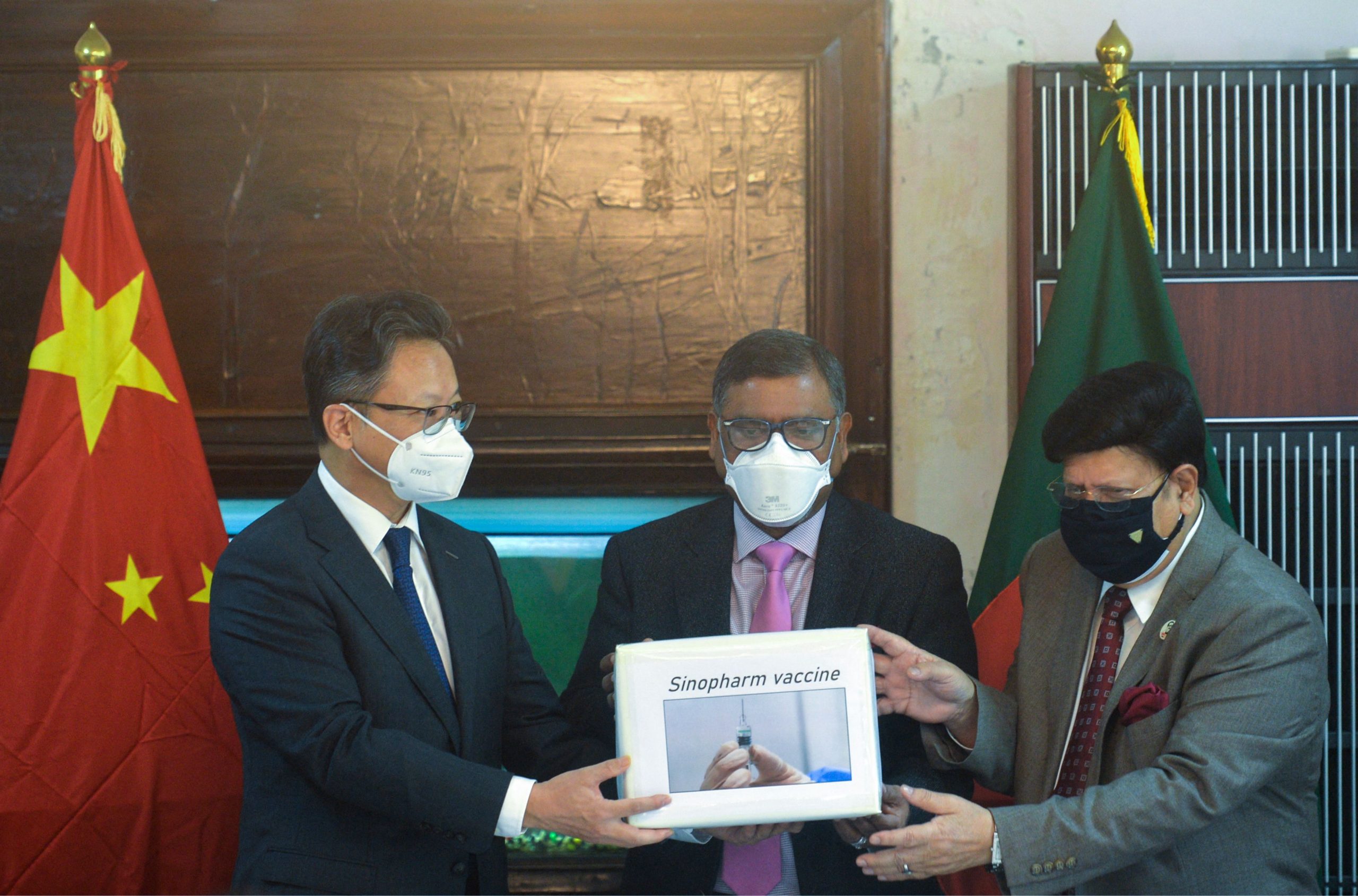 CHINA delivered half a million Covid-19 vaccine doses to Bangladesh on Wednesday (12) in Beijing’s latest move to fill the gap left by India.

After cases surged in March, India froze exports of coronavirus vaccines to dozens of countries, including those in south Asia.

Although Dhaka had signed an agreement with India to buy 30 million doses, only seven million arrived – plus another 3.3 million as a gift – before New Delhi called a halt to exports.

“A friend in time of need is a friend indeed,” Bangladesh’s health minister Zahid Maleque said during a ceremony in Dhaka airport when the Sinopharm vaccines were handed over by China’s ambassador.

The delivery follows a videoconference last month with Beijing and several south Asian nations – excluding India – during which China offered vaccines and other medical supplies.

Because of shortages, Bangladesh had already rolled back parts of the vaccine drive, allowing only those with a first jab to queue up for the second.

But health department spokesman Robed Amin said Bangladesh was now planning to get 50 million Chinese shots, with minister Zahid Maleque telling reporters that Dhaka plans to buy the vaccines from China or to produce them in Bangladesh.