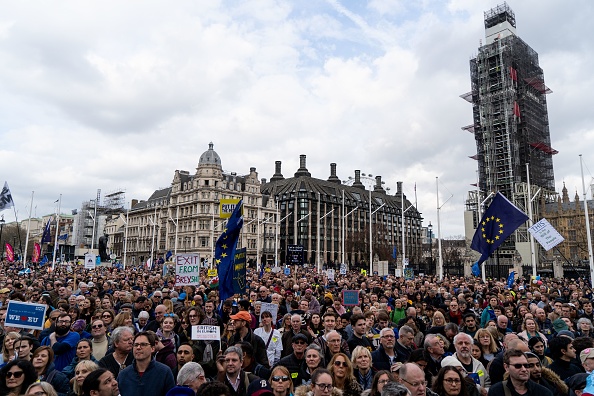 The four local authorities with the fastest-growing population were all in central London (Photo: NIKLAS HALLE’N/AFP/Getty Images)
Follow Us

IMMIGRATION has resulted in Britain’s population rising by 400,000 last year and the total is expected to hit 70 million in eight years, two years earlier than previous predictions.

In the year to mid-2018, births were two per cent fewer and deaths were three per cent more. But net increase in international migration resulted in population increasing by 0.6 per cent.

Net migration of 275,000 was “broadly in line” with the average of the last five years, the Office for the National Statistics said.

“For the fifth year in a row, net international migration was a bigger driver of population change than births and deaths,” Neil Park of the ONS said.

“However, overall population change to the year mid-2018 has remained fairly stable as an increase in net international migration has been roughly matched by the fewest births in over a decade and the highest number of deaths since the turn of the century.”

The four local authorities with the fastest-growing population were all in central London – the City of London, Westminster, Camden and Tower Hamlets – as 237,300 people moved to the capital.

Lord Green of Deddington, chairman of Migration Watch UK, said: “These latest statistics underline the consequences of the Government’s failure to bring immigration under control and in line with their repeated promises and the strong wishes of the public.

“The candidates for the Conservative leadership should be invited to say what they propose to do about it.”

“Birth rates and migration fluctuate from year to year but our already unsustainable population is continuing to rise and that will continue until a positive strategy is put in place to address it,” he was quoted as saying.