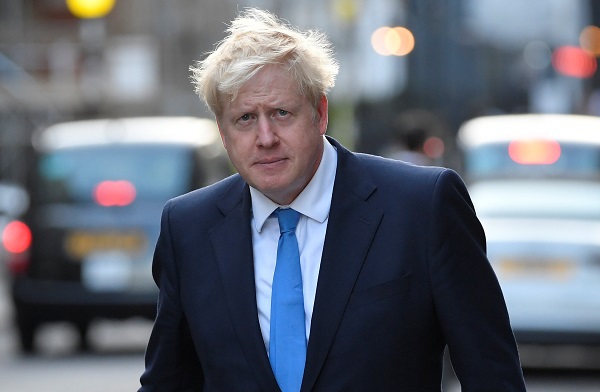 AS Boris Johnson, decisive victor of the Conservative leadership contest, took office on Tuesday (23) as our new prime minister, a tale of two Borises could be heard around Britain.

To his critics, he could hardly be less qualified for Downing Street. They just wish people stop calling “Boris” by his first name alone – finding this an infuriating symbol of how the usual rules do not seem to apply to him.

How can he present himself as the solution for Brexit, they ask, when his campaigning for Brexit without having a plan to deliver it was a big part of how we got here? This divisive and polarising figure, his opponents argue, is the closest we are likely to get to our own “British Trump”.

Johnson’s supporters reject this as an unfair cartoon caricature, painting a very different picture of the Conservatives leader they hope the country will now see. This Boris is an optimist, a believer in One Nation Conservatism, using his experience as London mayor to reach out. They imagine him somehow recapturing the spirit of that golden Olympic summer of 2012, not just to cheer the country up, but to get the Brexit job done too.

Sajid Javid had this Boris Johnson in mind last week, making his final major speech as Theresa May’s Home Secretary, Javid warned that politicians had to mind their own language, challenging the “naked populism” of the “send them back” language of president Donald Trump’s ugly US campaign rally.

Asked about Boris Johnson’s own loose talk on race, Javid declared his new boss was “passionately anti-racist” and somebody “very much at home with modern Britain”.

So which Boris will we get? The initial pitch is inclusive. His allies regard it as a direct day one repudiation of the “British Trump” charge that Boris Johnson should appoint the most ethnically diverse British Cabinet of all time.

Still, it is not just a symbolic statement that there will be no putting the clock back to the pre-EEC Britain of 1972 when Britain leaves the EU. It is also a deliberate statement that the Conservatives are proud that ethnic diversity is now a cross-party affair – and that they intend to take the fight to Labour and compete to represent the aspirations and hopes of Britain’s black and Asian voters.

Will there be substance beyond the mood music too? That may not be a job for the leader. Boris Johnson – our first journalist as prime minister – will think in headlines. That can often be a recipe for political tactics crowding out strategy.

Communication matters in politics too: Theresa May’s inability to persuade either parliament or public of the merits of her Brexit deal was central to the failure of her government. The new prime minister’s short-attention-span will challenge Johnson’s Downing Street operation – but he may be less likely to bring the machinery of government to a halt as prime ministers who have sought to exert as much grip on policy from Downing Street as they did in the Treasury or Home Office. Senior Cabinet colleagues with a vision for what they want to achieve may find themselves trusted with more autonomy than under previous prime ministers. The desire is to be a British Reagan, rather than a British Trump.

On immigration, Johnson’s instincts are much more liberal than Theresa May’s – often declaring himself a “pro-immigration” politician. Expect liberal moves on student and skilled migration – and ditching of the failed net migration target. Johnson has also recently revived his long-standing support for an earned ‘amnesty’ for those in Britain long-term without legal status. It would be a bold, controversial move – though a government introducing a new post-Brexit system may have the confidence and permission to address historic backlogs and put people on the right side of the law.

A proper integration strategy will require more long-term focus – though making support for the English language a priority in the spending review would be an important first step. Keeping the pledge to investigate anti-Muslim prejudice in the Conservative party will be one early test of the One Nation rhetoric.

New ministers setting out their long-term plans for post-Brexit Britain may bring an air of unreality to the politics of this August and September – with just 100 days to the October 31st Brexit deadline, and opinion as divided as ever.

Should he conjure up a workable solution on Brexit, Boris Johnson may have the chance to prove he is a modern One Nation Conservative. But fail to resolve the Brexit conundrum – and his government could be all over before Christmas. And we may never get to find out which was the real Boris Johnson after all.