Bolton fire: More than £13,000 raised for those affected 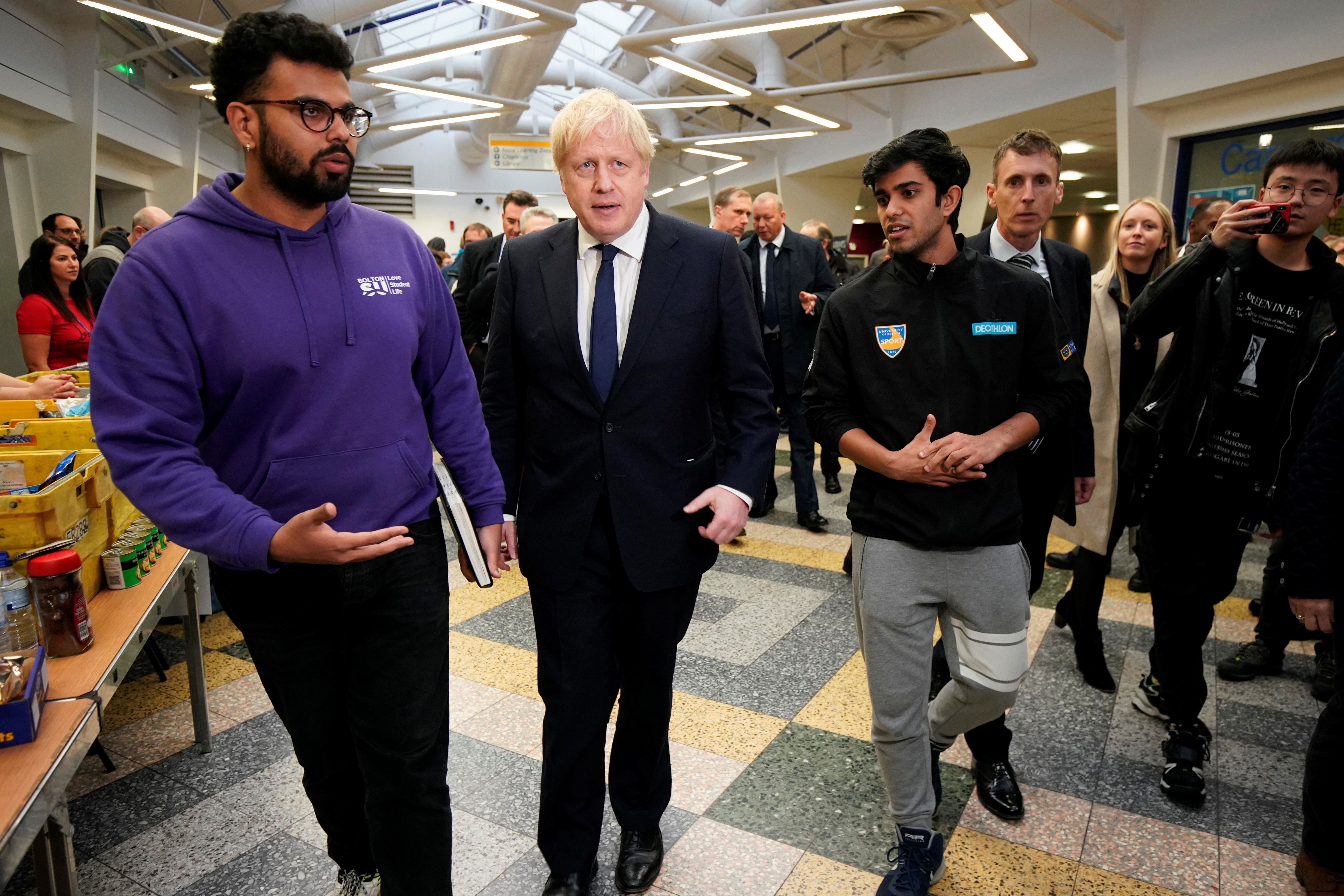 Britain's Prime Minister Boris Johnson speaks to staff and students as he visits the University of Bolton, after a large fire broke out at a student accommodation on Friday night, in Bolton, Britain, November 16, 2019. Christopher Furlong/Pool via REUTERS

MORE than £13,000 has been raised for Bolton students whose housing was ravaged by fires last Friday evening (15).

The blaze, which ripped through a town centre flat complex dubbed The Cube at the University of Bolton, saw dozens of students lose their personal possessions.

According to reports, about 200 firefighters from 40 fire engines tackled the blaze which affected every floor.

Although it caused no fatalities, two individuals were injured and were treated by paramedics at the scene.

As Eastern Eye went to press on Tuesday (19), £13,500 had been raised for those affected through a crowdfunding appeal.

Ansh Sachdeva, Bolton Students’ Union President, said the public response to the fire has been “overwhelming”.

“I’ve been speaking to students who are quite emotional and happy by the way that everyone has been working together,” Sachdeva told reporters on Monday (18). “Everyone has joined hands together. Everyone is feeling that they are being taken care of and that’s the main concern.”

Sachdeva, who met prime minister Boris Johnson as he visited victims of the fire last weekend, admitted he had not fully realised the scale of the fire.

“When I saw (the damage), it was shocking,” he said. “I know people have lost their possessions, but the only concern was that everybody was safe.”

A Cube resident, Afnan Gohar, admitted she thought it was a “false alarm” after fire alarms rang in the building.

“We didn’t take notice of it until a girl came running and screamed, telling us to get out and we didn’t believe it at first,” she said.

In order to support students, the university has offered £500 to every student from The Cube, as well as payment for accommodation until they found a permanent residence.

Sachdeva also confirmed that mental health counselling would be in place, as well as students being allowed more time to work on upcoming assessments and deadlines.

A number of international students who were affected by the fire have been urged to consult an advice panel at the university, after a number of their passports were lost or damaged due to the blaze.

Prof George Holmes, vice-chancellor of the university, confirmed that international students could be assured that the government would “fast-track those student passport and visa requirements”.

Responding to the news, incumbent Labour candidate for Bolton South East, Yasmin Qureshi, said she was “shocked” by the fire at the university.

“I’d like to thank our emergency services, and particularly our amazing fire fighters for working so hard to contain this fire and prevent it from spreading,” she said.

Assistant chief fire officer Dave Keelan, of Greater Manchester Fire and Rescue Service (GMFRS) said: “The fire… really did spread very quickly and that was evident to see on the footage that’s on social media.”

He confirmed an investigation had been launched into the blaze. Investigators are expected to examine CCTV and social media footage, including images that appeared to show that the fire broke out on a fourth-floor landing.

Entertainment
Mahira Khan: Everyone excited to see Raees in Pakistan