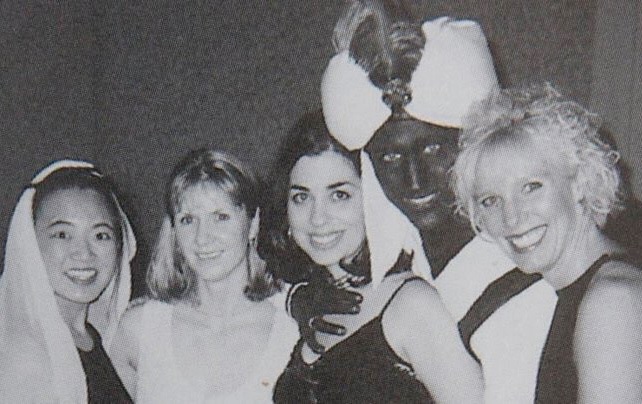 IT HAPPENED in September 1990. I was in Truro’s city centre because I was applying for
a job as news editor at BBC Radio Cornwall.

An old lady with a stoop and walking stick came up to me and rubbed my face. “So, it’s
real then?” she asked, before walking off. I can only think she meant my brown complexion
was not from a tin of shoe polish.

It came as no surprise to me to learn that the Cornish used to celebrate ‘Darkie Day’. It is
now known as Mummer’s Day and, despite the controversy, the celebration of pagan mid-
winter still takes place, with people ‘blacking-up’ between Boxing Day and New Year’s Day.

The memory of that bizarre moment was brought back by the equally bizarre actions of Canadian prime minister Justin Trudeau. We’ve learnt that in 2001, when he was 29 and a teacher, he browned his face and came to an event as a character from Aladdin.

So, we’re talking about 18 years ago, when he was almost 30, still a callow youth in Commonwealth terms.

Trudeau has apologised profusely, and he realises that he was “blind-sided by his privileged
upbringing”. Those are the arguments put forward by his supporters. His opponents have
made political capital from his gigantic lapse in judgment.

The question is whether the brouhaha is real or mere political opportunism by those who make a living out of being outraged?

The problem is that Trudeau is a serial offender. By his own ad-mission, he cannot give
a definitive answer to how many times he “blacked-up”. Yet this is the man when asked
why half his cabinet were women, responded: “Because it’s 2015.”

The problem is his championing of diversity means we hold him to a higher standard, and
what this unfortunate episode reminds us is that even modern-day heroes have feet of clay.

Another problem for Trudeau is that he is not being advised very well. His trip to India was a disaster after his advisers invited a convicted criminal to a dinner with the prime minister
when he visited Delhi last year. Later he wore a Punjabi kurta, meant to honour India, but the gesture was interpreted as Trudeau trying too hard. An axiom for any PR officer is to make sure, in public at least, that their principal is a true version of him or herself, only better.

So why, ask his supporters, beat the man up when times were so different then? But even
in 2001, the world knew that ‘blacking-up’ was offensive and racist.

Even if you do not accept that, 2001 was months before the world-changing event of 9/11. The world was alive to global racial and religious tensions.

Forget that it was simply wrong, it was also simply stupid. As the son of a former prime minister, Trudeau should have known his actions have consequences. Social media was in its infancy then, but the prime minister’s father would have been under the magnifying
glass 24/7, 365 days of the year. Trudeau Junior must have known that anything he did when he was younger would come back to haunt him. His father should have taught him that, and Trudeau Junior should have listened if or when he did.

It is so easy to criticise our elected civic leaders, and I use it as a learning tool. If we choose to put ourselves out there, the sad thing is that we had better make sure we have no secrets, because they will not remain concealed for too long.

Being the father of a 23-year old daughter, I am fortunate enough to learn from her. We do
not agree on everything, and she cries out when she thinks I have overstepped the mark. From her I have understood that her generation is more tolerant of gay people, lesbians, bisexuals, trans-gender, non-binary gender, different racial and religious groups, than mine ever was, and thank goodness for that.

My daughter’s generation is struggling with, among other things, social class, and it realises that while diversity is important, inclusivity is the key to true equality.

The days when, in the school playground, my white classmates mimicked the browned-up Indian-born actor, Michael Bates, from It Ain’t Half Hot Mum, and used it as a weapon to ridicule, are over. But the TV series, and ‘Darkie Day’, should never be forgotten or removed from our nation’s history. They should serve as an object lesson of a darker time in our history, so we do not rewind, reload and repeat our egregious errors.

So what does Trudeau intend to do now to repair the wounds he has opened? Surely, that is how history should judge this young leader.