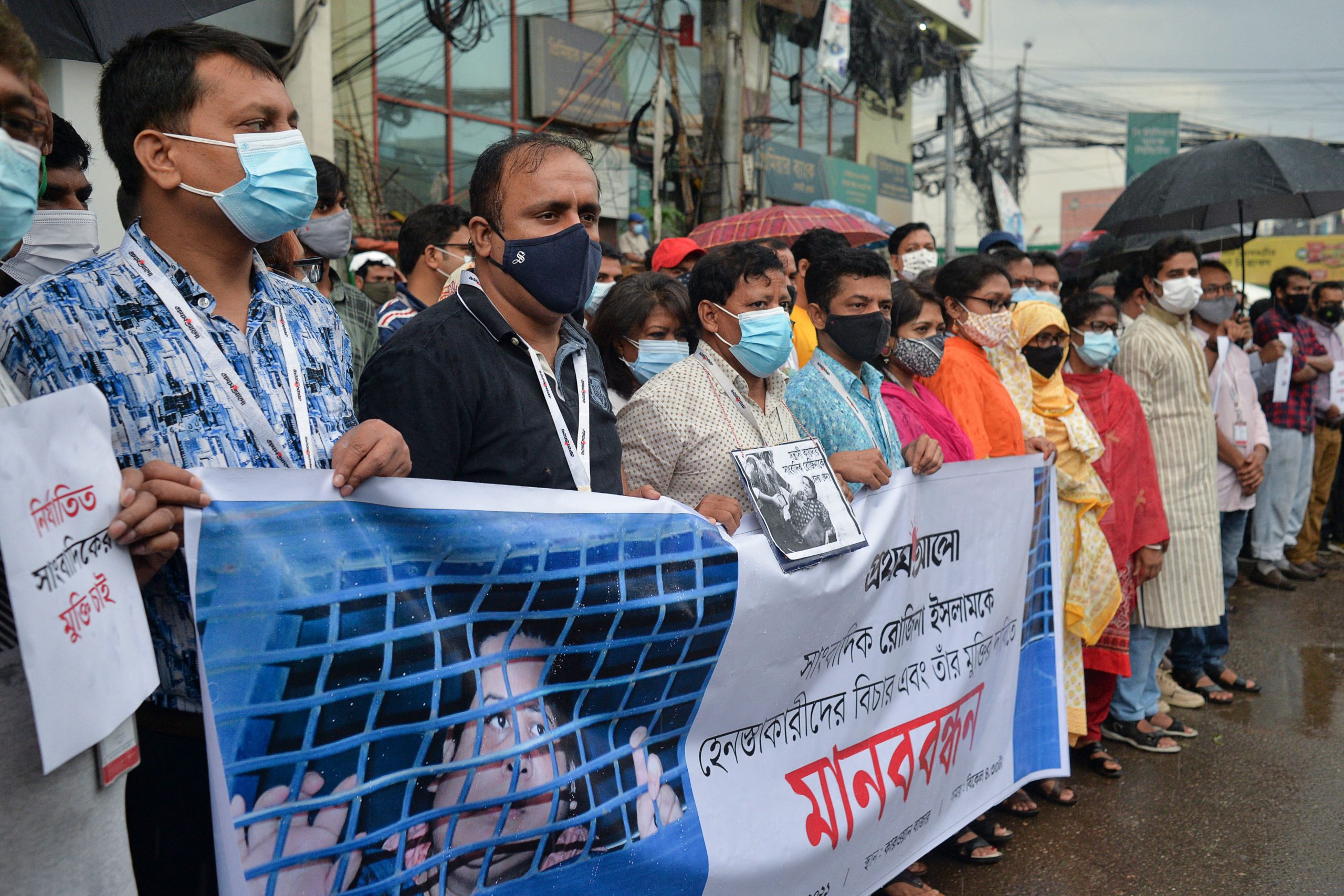 Colleagues of investigative journalist Rozina Islam (not pictured) protest in Dhaka on May 18, 2021, a day after her arrest on the accusation of stealing documents. (Photo by MUNIR UZ ZAMAN/AFP via Getty Images)

A SENIOR Bangladeshi woman journalist, known for her investigative reporting, was arrested in Dhaka on charges of violating a colonial-era official secrecy law, the police said on Tuesday (18), triggering protests by rights groups and her colleagues.

Rozina Islam, a senior reporter of Bangla daily Prothom Alo was on Monday (17) detained for over five hours by health ministry officials for allegedly clicking a picture of a document with her cell phone without permission. She was later arrested by the police. The ministry filed a case against her around midnight under the 1923 Official Secrets Act while she spent the night in the police custody, the police said.

She was produced before a court in the capital with a petition seeking her remand in custody for five days, which the judge rejected and sent her to jail to await the routine legal procedures.

The judge said he would entertain the prosecution charge and the defence statements including her bail petition on Thursday (20). A prosecution lawyer told reporters that “whether the allegation is true or false, a case has been filed” which needed a procedure to be disposed of.

Rozina, who earned the reputation of being an investigative journalist, has in recent months published several reports exposing the health ministry’s alleged malpractices during the Covid-19 pandemic, drawing public attention.
She also published several reports involving the health sector which included alleged graft in procurement at the health ministry, corruption in doctors’ recruitment and how urgent medical equipment for coronavirus treatment were left at Dhaka airport for months.

“The incident is unfortunate,” health minister Zahid Maleque said without elaborating further, even as reporters boycotted a routine health ministry press conference protesting her arrest. He also rejected the allegations that Rozina’s reports on the health sector earned her the wrath of his ministry’s officials, saying the actions were not led by “vengeance”.

The ministry’s public relations officer Maidul Islam Prodhan claimed that Rozina was also taking away some documents when the senior ministry officials challenged her and later called the woman police.

The Prothom Alo newspaper said she had gone to the ministry for her professional duties, alleging that she was detained under duress for five hours and was physically and mentally harassed.

Bangladeshi journalist groups and the Committee to Protect Journalists (CPJ) demanded her release and expressed concerns about the case filed under the draconian colonial-era law that carries harsh penalties.