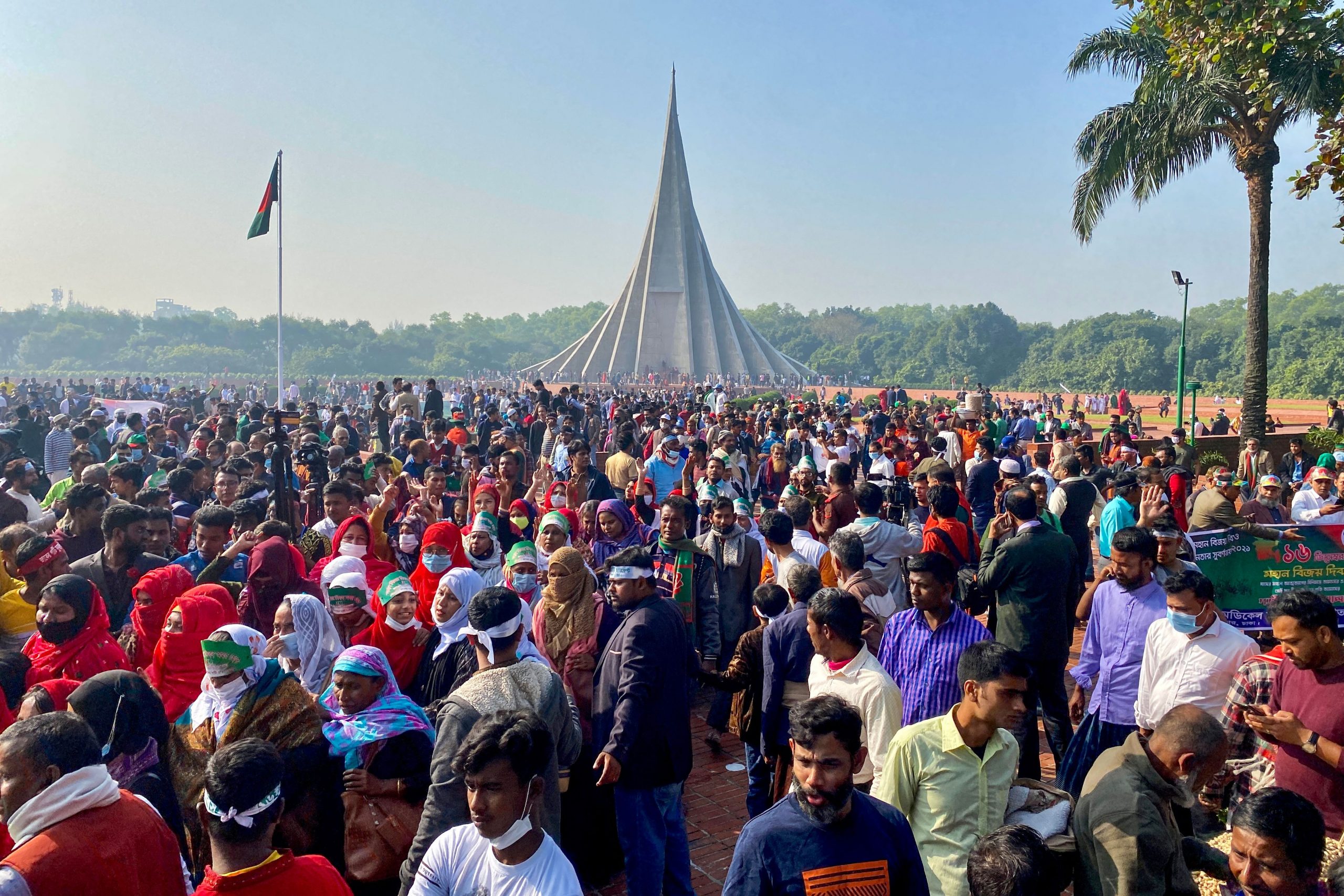 People gather to pay their respects at the 1971 independence war’s martyrs national memorial to celebrate the 50th Victory Day, which marks the end of a bitter nine-month war of independence from Pakistan, in Savar on December 16, 2021. (Photo by Munir UZ ZAMAN / AFP)

Huge crowds paid tribute to Bangladesh’s war heroes on Thursday as the country marked 50 years since its triumphant victory in a devastating independence war.

December 16 is celebrated each year as Victory Day for the moment Pakistani soldiers surrendered en masse to Indian and Bangladeshi forces, bringing an end to the nine-month conflict that claimed as many as three million lives.

Veterans who lost their limbs in the war laid wreaths at the National Martyrs’ Memorial, a concrete monument near the capital symbolising the campaign against Pakistani rule, before thousands of solemn observers.

Women across the country wore saris of green and red, matching the national flag, as they watched local concerts where musicians performed the country’s patriotic songs.

Bangladesh has held celebrations throughout the year to mark the golden anniversary of its independence, though some events were called off because of the coronavirus pandemic.

Indian Prime Minister Narendra Modi was the guest of honour in March to mark the outbreak of the conflict — a recognition of his country’s crucial aid and support at the time.

“I recall the great valour and sacrifice by… the Indian Armed Forces,” Modi, who laid a wreath in Delhi to mark the anniversary, tweeted on Thursday. “Together, we fought and defeated oppressive forces.”