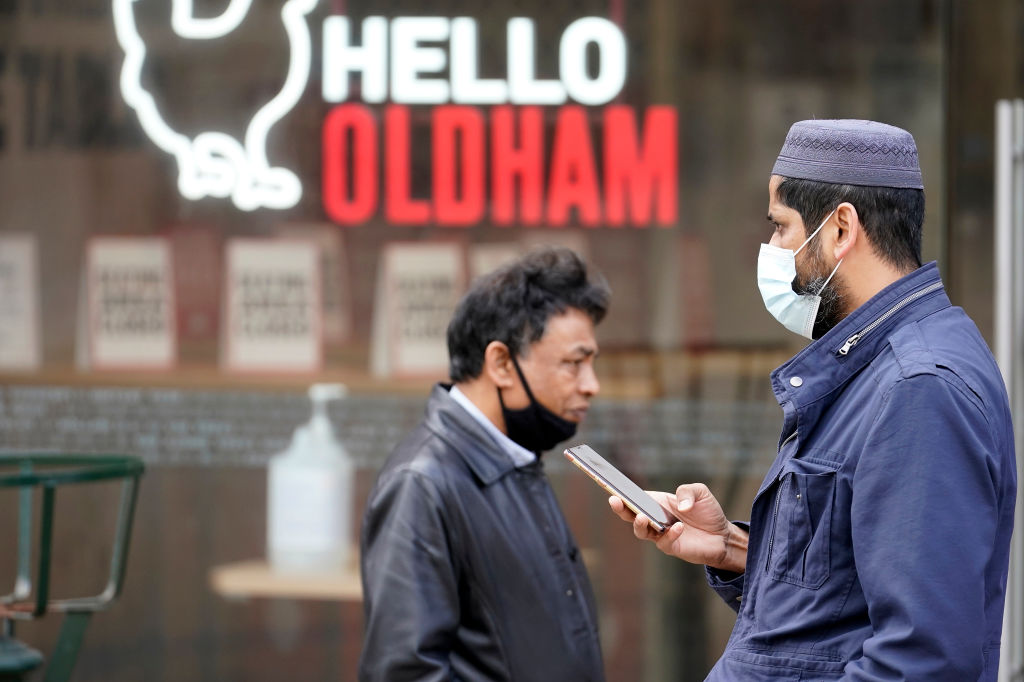 "This report clearly highlights how Covid-19 is not just a health crisis; for many vulnerable groups, including black and ethnic minority groups (and women) -- it is also a social and economic crisis,” said Dr Zubaida Haque, interim director of Runnymede Trust. (Photo: Christopher Furlong/Getty Images)

THE pandemic has had a devastating impact on the UK’s ethnic minority communities because of long-standing racial and socio-economic inequalities, according to a survey published on Wednesday (5).

It also highlighted that ethnic minorities “face greater barriers” in protecting themselves from the coronavirus.

The report — titled ‘Over Exposed and Under-Protected – The Devastating Impact of Covid-19 on Black and Minority Ethnic Communities in Great Britain’ — by the Runnymede Trust and ICM also found that as the lockdown was eased, the economic fallout was further exposing vulnerable minority groups to the deadly virus.

It reinforced previous reports, including one by Public Health England (PHE), which found similar disproportionate impact of the deadly virus among the UK’s ethnic minority population.

According the new study, which covered 2,585 adults in June, people from Indian backgrounds were among the most likely to have been furloughed, or put on forced leave under the government’s Coronavirus Job Retention Scheme, since the outbreak.

Higher proportions of Indian (20 per cent) key workers, compared with the average of 14 per cent, also reported having been ignored about safety complaints and felt they were “being given tasks which may have exposed [them] more to the coronavirus”.

“This report clearly highlights how Covid-19 is not just a health crisis; for many vulnerable groups, including black and ethnic minority groups (and women) — it is also a social and economic crisis,” said Dr Zubaida Haque, interim director of Runnymede Trust.

“We have known for some time that BME communities have been more vulnerable to serious illness and deaths with Covid-19, but there has been less evidence as to why this is the case. Our survey clearly illustrates how BME groups have been more exposed to coronavirus throughout lockdown but also less protected.”

The survey found that minorities were severely impacted because they were more likely to be working outside their homes, using public transport and working in key worker roles, and less likely to be protected with personal protective equipment (PPE).

The report highlighted that one-third of ethnic minority groups (33 per cent) were working outside of their homes, therefore increasing their exposure to Covid-19.

Half of Bangladeshi key workers (50 per cent), more than four in 10 Pakistani (42 per cent) and Black African (41 per cent) key worker respondents reported they had not been supplied with adequate PPE.

The report outlined a range of urgent policy recommendations to protect minority groups from Covid-19, including equality impact assessment of emergency measures rolled out by the government during the pandemic.

Addressing the impact of longstanding inequalities, including race inequality, was essential to buffer the devastating impact of Covid-19 on minority communities, the Runnymede Trust concluded.

Taking note of the report, the health department said: “We know that Covid-19 has had a disproportionate effect on people from BAME backgrounds, and, following the findings of the Public Health England report, the equalities minister is now taking forward vital work to tackle these disparities and protect our most vulnerable communities from the impact of the virus.”