As Modi advances agenda, India finds rare criticism in US 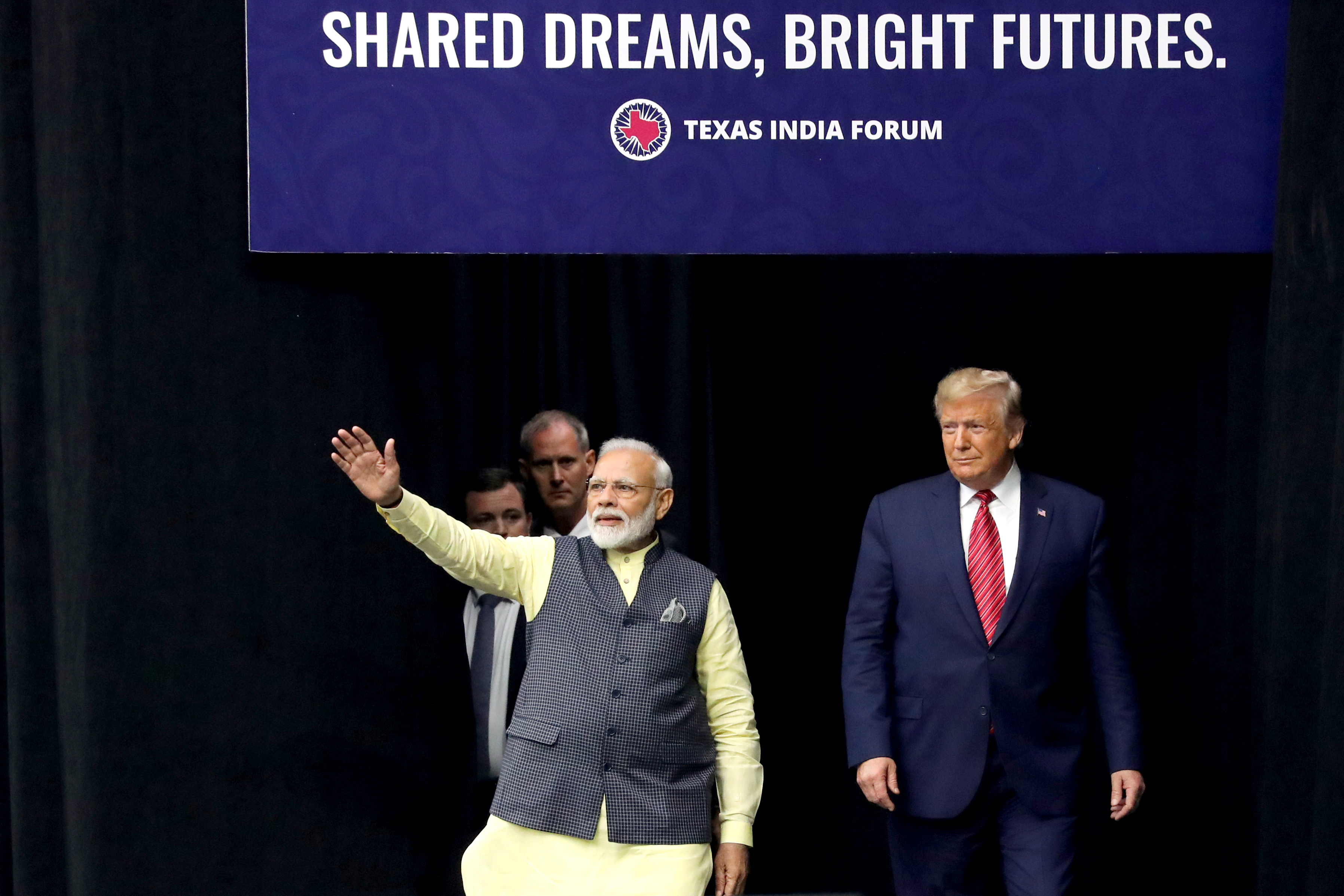 For the past two decades India has been enthusiastically feted in Washington, with politicians across the spectrum eager to nurture an alliance between the world’s two largest democracies.

But as prime minister Narendra Modi pushes forward his Hindu nationalist agenda, India has suddenly found itself in an unusual position — facing reprimands from the United States.

Few observers expect a serious deterioration of relations, and India’s foreign and defense ministers are due in Washington on Wednesday for wide-ranging talks that could further boost the countries’ military relationship.

After the citizenship law’s approval, a State Department spokesperson said: “The United States urges India to protect the rights of its religious minorities in keeping with India’s constitution and democratic values.”

Sam Brownback, the US envoy on religious freedom, voiced respect for India’s institutions. However he said the United States was “concerned” with the citizenship bill, and called on India to “abide by its constitutional commitments.”

Criticism has been more strongly worded from outside the administration.

A resolution proposed by Representative Pramila Jayapal, a Democrat born in India, urges New Delhi to free people rounded up in Kashmir since autonomy was terminated in August, to lift remaining restrictions on communications and to allow human rights observers and foreign journalists to enter.

In the most outspoken criticism, the US Commission on International Religious Freedom called for sanctions to be considered against Home Minister Amit Shah — a stalwart of the ruling Bharatiya Janata Party — over the citizenship bill.

The Commission, which advises the US government but does not set policy, called the bill “a dangerous turn in the wrong direction.”

The citizenship bill has set off deadly protests. Critics, including opposition figures, say Modi is excluding the country’s 200 million Muslims from a definition of what it means to be Indian.

The Modi government denies that is the intention, saying that the law fast-tracks citizenship for religious minorities from Pakistan, Bangladesh and Afghanistan and does not include Muslims because they do not need such protection in India.

India’s foreign ministry denounced the criticism by the US religious freedom commission, saying that anyone regardless of faith can still seek citizenship through regular channels.

It is “regrettable that the body has chosen to be guided only by its prejudices and biases on a matter on which it clearly has little knowledge,” foreign ministry spokesman Raveesh Kumar said in a statement.

India has contacted all members of the House Foreign Affairs Committee about Kashmir, telling them that the reforms will stimulate the economy, officials said.

Since president Bill Clinton’s landmark 2000 visit to India, the two countries estranged in the Cold War have been steadily building relations, with New Delhi becoming one of the biggest buyers of US weapons.

The dialogue Wednesday is likely to look for ways to boost economic and strategic cooperation in the face of a rising China.

Michael Kugelman, a South Asia expert at the Woodrow Wilson International Center for Scholars, noted that the toughest criticism of India has come from institutions with little responsibility for managing US-India relations.

He said that many lawmakers were responding to constituents, including Pakistani-Americans.

But while doubting the overall relationship was in trouble, Kugelman said the misgivings were sincere.

“I do think that Washington, like most other Western capitals, holds India to a particularly high standard,” Kugelman said.

“I think there is some genuine surprise and disappointment that the world’s largest democracy appears to be undercutting its longstanding and fundamental traditions of secularism, democracy and pluralism,” he said.

President Donald Trump has sent mixed messages. He stunned India in July when he told Pakistan he was ready to mediate on Kashmir, on which New Delhi has refused outside involvement.

But Trump two months later joined Modi at a joint rally in Houston, where the two bonded by vowing together to fight “radical Islamic terrorism.”

A congressional aide said that Trump — both through his words and his own hardline approach against immigration — had muddled what would have been a unified message, allowing India to cast concerns on its record as coming just from Democrats.

The aide said there was “totally bipartisan” concern on India’s direction — but acknowledged that US criticism was unlikely to sway Modi.

“Domestic politics are going to rule the day,” he said.