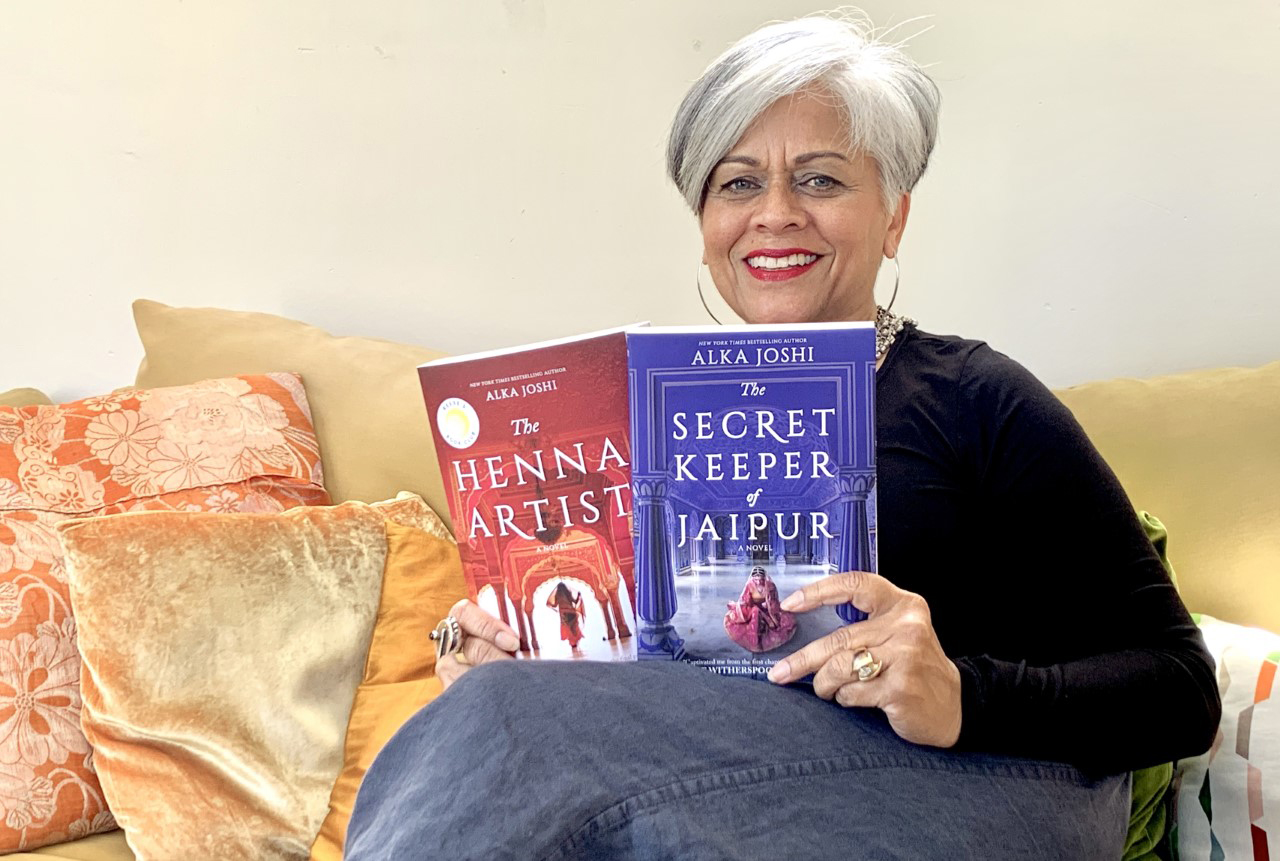 TALE OF SURVIVAL: Alka Joshi said she was pleasantly surprised by the incredible response her debut novel has received.

AUTHOR Alka Joshi has revealed she was surprised by the success of her best-selling debut novel The Henna Artist, as she celebrated the release of its sequel last Friday (25).

The Henna Artist follows Lakshmi, a 17-year-old girl who escapes from an abusive marriage in 1950s India. She journeys to the pink city of Jaipur where she carves out a career for herself as a henna artist, serving wealthy-upper class women.

Released last March, the novel was named as a Reese Witherspoon Book Club pick shortly after its release and made the New York Times best-sellers list. It has since been translated into more than 20 languages.

“I never expected the book to do as well as it did,” the writer told Eastern Eye during a Zoom call from her California home earlier this month. “I had so many stops and starts along the way and (its success) completely took me by surprise.”

Inspired by her mother Sudha, Joshi began writing the novel a decade before it was initially published. Sadly, in 2012, her mother passed away three years after she began writing it. It would take her seven years to complete after her mother’s
death.

And then the global coronavirus pandemic happened. The Henna Artist’s release date was on March 10, 2020. Just one day later, the World Health Organization  officially characterised Covid-19 as a pandemic.

“I really thought, maybe this book is never meant to be out in the world,” said Joshi, who ran her own advertising and PR agency for 30 years before turning to writing. “We finally got to the point where there’s a release date, and then there’s a global pandemic – what are the chances of that?”

Little did Joshi know the book would become a roaring success. Overjoyed by the novel’s popularity, Joshi speaks regularly to fans and has attended more than 400 The Henna Artist book club discussions.

While conversing with readers, she has discovered many of them can relate to the story. “I’ve found so many people resonate with it, no matter what culture they’re from,” Joshi remarked. “I’ve heard from so many women around the world who say, this could be my story, or the story of my grandmother or mother. They can relate to it on a very personal level, about a woman trying to forge a life for herself and navigating her way through the patriarchy.”

Now, Joshi has released a sequel to the best-selling novel. Set in the late 1960s in India, The Secret Keeper of Jaipur revisits Lakshmi and her protégé Malik. Malik, now an apprentice at the Jaipur Royal Palace, becomes embroiled in corruption and lies when a cinema project goes wrong. Joshi said fans can look forward to learning more about their favourite characters, including Lakshmi who is now happily married. 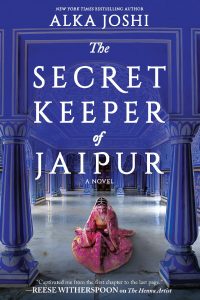 “They can also find out how Malik has grown up (he was a young boy in the first novel), and how he handles difficult situations that come his way,” she added.

There is not only the sequel to look forward to. It was confirmed last summer The Henna Artist will be adapted into a TV series. Slumdog Millionaire actress Freida Pinto has been confirmed to play Lakshmi and is set to produce the project too.

When Joshi was initially approached about an adaptation of the book, she knew she wanted it to be a TV series rather than a film. “When I write, I see all the scenes playing out in my head and then I put them down on paper,” she explained. “It’s very important to me that viewers of the screen adaptation experience everything I did as I was writing. I don’t think 90 minutes will be enough for them to really experience these characters.”

Joshi said it was important to portray India in a positive light. While living in the States, she heard only negative connotations about the country – the poverty, the heat, the dirt. The Henna Artist is a chance to change those perceptions, she said.

“As a child, I knew (India) to be a very different place,” she said. “It was vibrant, it was joyous. We have all these festivals and traditions which are special to south Asians, and we have food which is so multi layered and flavourful. I want people to know all the positive things about India that I know. I don’t want them to have one story of India; I want them to have all these other stories.”

Although born in Jodhpur, a city in the northwest Indian state of Rajasthan, Joshi and her family moved to the States when she was nine. Despite only being young, she vividly recalls some memories of her early life in Asia. She remembers her blue school uniform, her mother’s “beautiful saris” and the cinema trips she would take with her nanny and brother every Saturday.

When they arrived in the US in the 1960s, Joshi recalls feeling “they had been ripped from everything they had known”. “We went from a classroom where everybody looks like us to America, where nobody looks like us,” she said. “For many years, we were the only brown kids in our class. I remember this really strong feeling of, I just want to blend in, but I can’t because of my skin, my name and my accent.”

For many years growing up, Joshi felt different and questioned where she belonged. “I no longer belonged to India once we had been living in the States for many years, but I really didn’t feel I was 100 per cent American either,” she said. “To this day, I still think I’m in a sort of in-between place, like a person with no homeland.”

After settling in the States, Joshi did not return to India for several decades. It was only in 2008 that she made the decision to finally visit the country with her mother. She ended up returning four or five times thereafter, sometimes for several weeks at a time. “That was when I really got to know both my mother and my birth land,” she said.

During her visits, she became acquainted with the local community. From shopkeepers and extended family to hotel managers and henna artists, Joshi was keen to find out more about their lives.

Their experiences would partly inspire her books. For instance, she met with the principal of the Maharani Gayatri Devi Girls’ School in Rajasthan who shared information on the school in the 1950s. It would later become the model for the school in The Henna Artist.

Her mother’s anecdotes would inspire the novel too. “There are so many little stories she told me that made it into the book,” Joshi said.

In the acknowledgements page of The Henna Artist, Joshi revealed the series was written for her mother. She had an arranged marriage at 18 and three children by the time she was 22.

Lakshmi is a reimagining of Sudha’s life if she were able to create an independent life of her own, Joshi said. The character was written to have similarities to her mother, including a “strong resilience which says I will survive no matter what anybody throws at me.”

The protagonist even resembles Sudha, bearing the same green-blue eyes.

Eventually though, Lakshmi took a life of her own. “Lakshmi started doing things on her own, that I as the writer did not choreograph,” Joshi laughed. “All of my characters did that at some point and one of the advantages of taking 10 years to put together a story is the characters came alive in my imagination and started to take on their own personalities.”

Although Joshi has formed close relationship with the characters, the end is in sight. She is currently working on the final book of her Jaipur trilogy, which will be set in Paris and focus upon Lakshmi’s sister Radha. It is due for publication in 2023.

When the trilogy concludes, Joshi “will miss (her characters) terribly”. “I’ll just have to start reading the books, and then they will be with me again,” she smiled. “And who knows? Maybe when I’m 80 years old, I’ll be writing another.”

The Secret Keeper of Jaipur by Alka Joshi is out now