The Brahmastra couple tied their knot on April 14, 2022, after dating for many years. 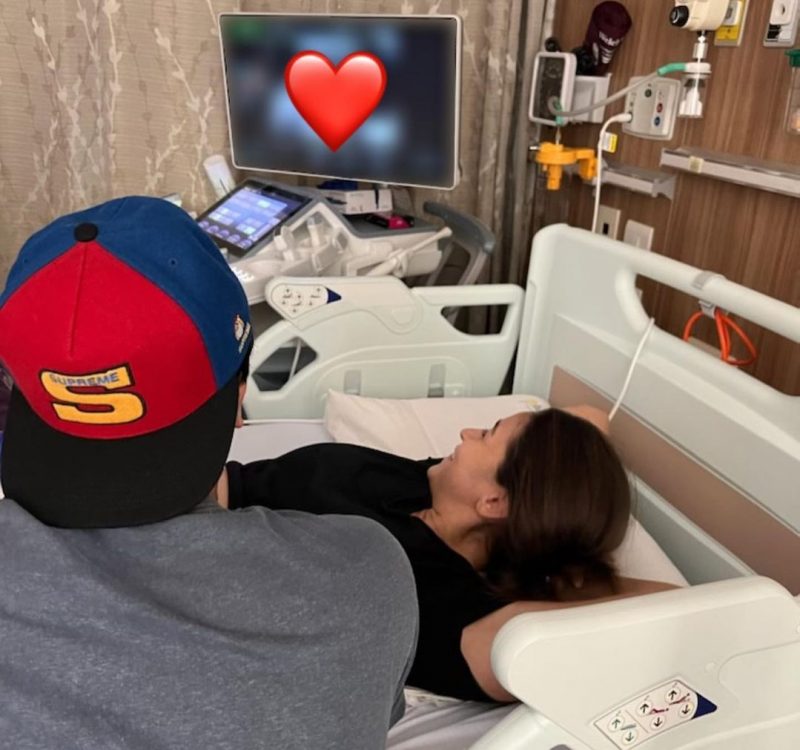 In the picture, the Dear Zindagi actor can be seen in a hospital with Ranbir Kapoor, wearing a cap. She can be seen smiling and looking at the monitor, during her ultrasound, which is covered with a heart emoticon.

Sharing this post, the Kapoor and Sons actor captioned, “Our baby ….. Coming soon” followed by a heart and sparks emoji.

Along with this, she shared another post of a lion family, where the lioness can be seen nudging the lion and the cub is looking at them, indicating that the couple’s little cub is on its way.

Soon after Alia shared the post, fans swamped the comment section with their wishes and reactions, as fans weren’t expecting this news from the couple so soon. Many big Bollywood celebrities also poured wishes to them.

The Brahmastra couple tied their knot on April 14, 2022, after dating for many years at Ranbir’s Mumbai residence in an intimate ceremony.

Just after two months of their marriage, the couple have treated their fans with such a big surprise.

Meanwhile, on the work front, the Highway actor was last seen in Sanjay Leela Bhansali’s Gangubai Kathiawadi and will be next seen in Ayan Mukerji’s Brahmastra Part 1: Shiva along with Ranbir Kapoor.

The Rockstar actor on the other hand, will be next seen in Shamshera with Vaani Kapoor and Sanjay Dutt. The film is all set to hit the theatres on July 22, 2022.