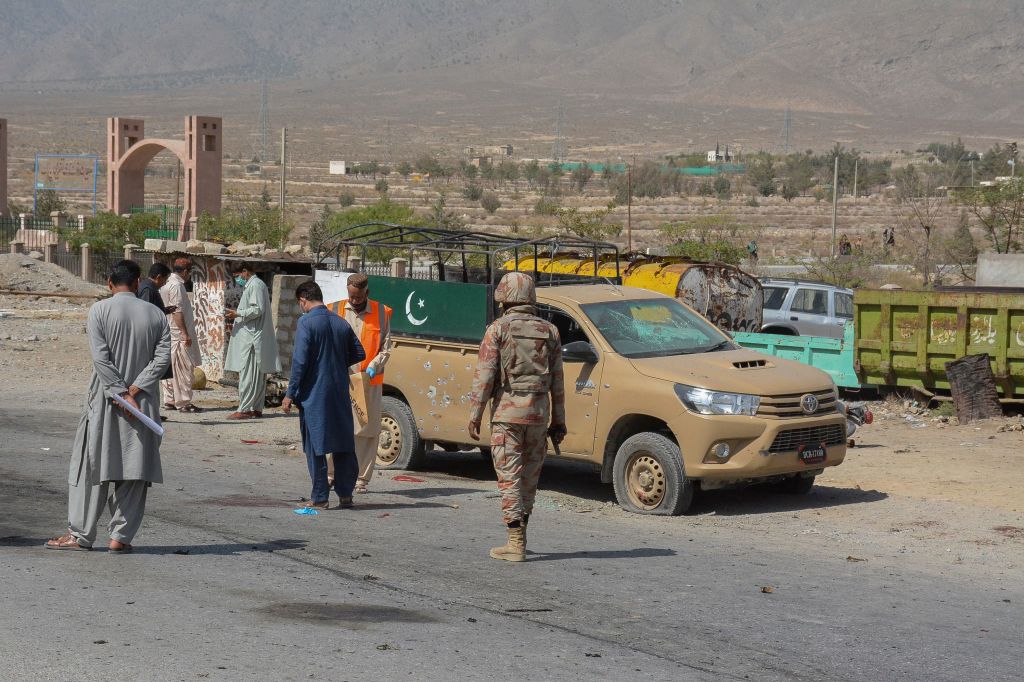 A file photo of security personnel examining the site of a blast after a suicide bomber on a motorbike blew himself up near a checkpoint in the southwestern city of Quetta on September 5, 2021. (Photo by BANARAS KHAN/AFP via Getty Images)

Based on a tip-off, the soldiers launched a cordon and search operation in the tribal district of South Waziristan near the Pakistan-Afghanistan border.

Exchange of fire began near a private compound, where the seven soldiers were killed. The forces neutralised all the five militants in hiding, according to a statement by the Inter-Services Public Relations (ISPR).

Khyber Pakhtunkhwa chief minister Mehmud Khan expressed grief over the killed soldiers. The entire nation stands behind the armed forces in the war against terror, he said.

Incidents of terror have increased in Balochistan and Khyber Pakhtunkhwa provinces in recent months.

In July, at least 13 people, including nine Chinese, were killed in a terrorist attack in Khyber Pakhtunkhwa.

A bus carrying Chinese engineers and workers to the site of the under-construction Dasu Dam exploded on July 14. The bus fell into a deep ravine after the explosion in the Upper Kohistan district.