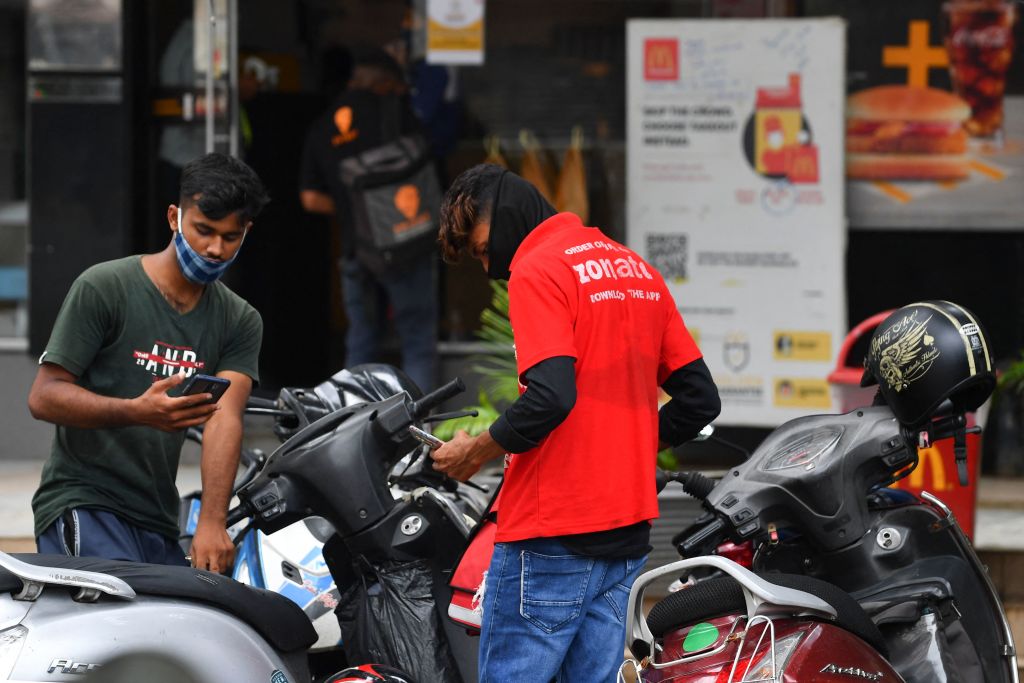 Zomato’s consolidated net sales during the July-September quarter of 2021 surged 140 per cent to £100m year-on-year. (Photo by INDRANIL MUKHERJEE/AFP via Getty Images)

INDIA’S leading food delivery company Zomato has dissolved its step-down subsidiary in the UK in the latest closure of its international businesses.

“We wish to submit that Zomato UK Limited (ZUL), a step-down subsidiary of the company, has been dissolved effective from November 16, 2021..” the company said in a filing to the Bombay Stock Exchange (BSE) on Wednesday (17).

Zomato did not cite any reason for its action and an email sent to the company was not answered till the time of writing this report.

Its dining-out business in the UAE is the only international operation the company is retaining outside India after a slew of closures in other countries.

Last week, the company had said it was shutting down its operations in Lebanon.

As part of its “clean up drive”, the company had earlier shut down its Singapore-based Zomato Media Private Limited and the US-based subsidiary Nextable Inc.

The company’s Ireland arm has also been suspended, the report said.