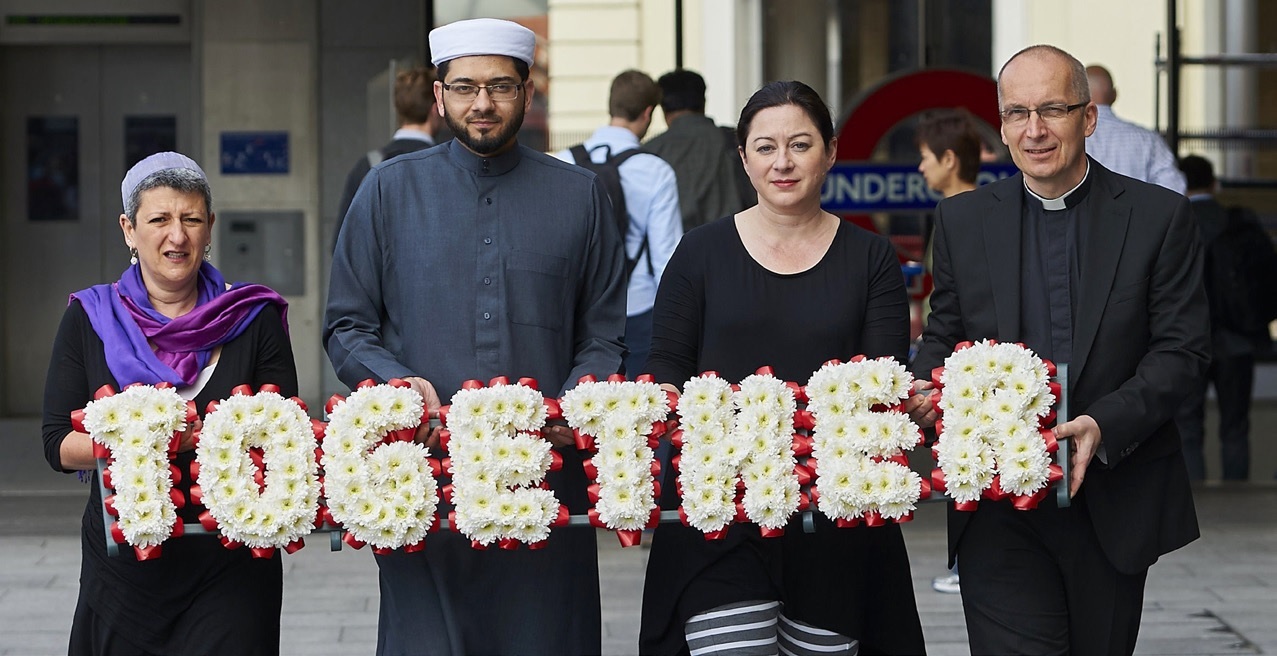 WHEN we look at the situation in Gaza- Palestine-Israel, we see tragedy after tragedy. With every death our hearts ache. With every violation of human rights comes rightful condemnation.

Holy sites, mosques and synagogues are being desecrated; in turn, these are dese­crating God’s name. Until an independent sovereign Palestine sits alongside an inde­pendent sovereign Israel, we must continue to raise our voices for change and against violation of human rights.

As violence erupted and shattered lives in the Middle East recently, many people told us they feel they are being silenced, that they cannot share their thoughts with­out being shouted down or shamed. They feel dialogue will only bring further tension and more anger between UK-based com­munities, particularly British Muslims and British Jews.

As an imam and a rabbi, we believe in robust, difficult and uncomfortable conver­sations; that ultimately people are good, and want to improve the situation, and cer­tainly not cause more harm.

Where is there a space for discussion and to be able to ask questions in good faith without ricochets of verbal shrapnel hitting back at us? How can Jews and Muslims, and anyone who wants to talk about Israel-Pal­estine-Gaza, avoid importing the battle lines from Gaza to Greenwich, from Bethle­hem to Birmingham and from the Temple Mount to the Thames?

There is an umbilical cord of cause and effect between the Middle East and here. Since the initial horrendous clashes at al- Aqsa mosque in Jerusalem, there’s been a reported increase in Islamophobic inci­dents of 430 per cent and an increase in anti-semitic incidents of 500 per cent. This shows that what happens in Gaza, doesn’t stay in Gaza, as Jews and Muslims in the UK are being held to account for what is hap­pening thousands of miles away.

We may have an umbilical cord of love for the Middle East, pumping spiritual blood into our bodies but no one can be held re­sponsible for the actions of others over who they have no authority. It is simply wrong and unjust to see British Jews as representa­tives of Israeli government policy, or all British Muslims as supporters of Hamas.

These are racist stereotypes. Any tempta­tion to colour a whole group with the ac­tions of overseas bodies must be immedi­ately rejected. To do so only leads to more hostility and misunderstanding – here, in the UK, in our homes, on our streets, online and in person. But unfortunately, it’s hap­pening and we’re worried.

There is another way. We can avoid com­mon, but incredibly damaging, missteps which often happen when we discuss peo­ple, areas, buildings that are precious to our very core of being.

For instance, lumping together the Is­raeli government with all Israelis is wrong, just as it is wrong to hold all British citizens accountable for the UK government. Seeing all Jews as the same is wrong. Interchanging the words, ‘Israel, Israel’s government, Zi­onists and Jews’ is factually wrong as Jews around the world are not responsible for the Israeli government, do not all believe in Zionism and certainly not in what is happening in the Occupied Palestinian Territories.

Comparing Israel to the Nazis, while sometimes not done deliberately to antago­nise, is unnecessary and anti-Semitic, and only proceeds to cause distress to a Jewish population whose very existence was nearly extinguished by the Nazis within living memory. To compare a group with its oppressors is intellectually lazy, but more important, insensitive.

Similarly, assuming that outrage, dis­tress and empathy over the situation in Gaza and the Occupied Palestinian Ter­ritories means that all Muslims here hate Jews or support Hamas is also wrong, of­fensive and dangerous for the very deli­cate and increasingly fraying relation­ships between Muslims and Jews here.

Pretty much anything with the word ‘all’ or just ‘Muslims’ or ‘Jews’ won’t help. Try adding one glorious word – ‘some’. ‘Some Muslims feel x, y or z, some Jews believe x, y, or z.’ Immediately you avoid damaging generalisations.

And finally, when you read or see some­thing that revolts or jolts or shocks, try one simple golden rule of hate avoidance. Swop the word, ‘Jew’ for ‘Muslim’ (or Hindu, or Sikh or man or woman for that matter). How would you feel if someone else said exactly the same sentence but about your own group?

Our suggestions do not mean letting oth­ers off the hook for their actions or views. It’s the opposite. Let’s hold people to ac­count for what they do and say, but ensure that it really is them who is doing the action or believing something and not what you think they have done or think.

It’s much too easy for people who hate both Muslims and Jews to be handed the gift of exploiting conflict to divide us and increase hate. A good example happened last Sunday (23) when the renowned far-right Islamaphobe Tommy Robinson at­tended a pro-Israel rally in London in an incendiary act. The rally organisers and major communal Jewish groups immedi­ately rejected his presence and so-called support. In the face of intentionally divisive figures and false allies, we must be clear that hate against one group can never ever mean solidarity with another.

Rabbi Laura’s experiences in leading the ‘People’s Peace Process’ as part of the 1993 Oslo Accords, and Imam Qari Asim’s expe­riences in interfaith here have shown the heights that can be reached in reconcilia­tion between groups on different sides of the conflict. If a former member of the Popular Front for the Liberation of Pales­tine, who spent 14 years in an Israeli prison, can call for non-violent action and peaceful progress alongside his Israeli former-ene­mies, who are we to lose hope?

Last Saturday (22) in Tel Aviv, thousands of Israeli Jews and Palestinians marched together to demand peace and call for an end to the Occupation of the West Bank. If they can work together over there, we can certainly do it here.

Together, we will be running workshops on having genuinely productive dialogue, even during times of crisis. If you are inter­ested, you can contact us on Twitter @Qari­Asim @LauraJanklaus.