‘Victims should not face a time limit to report abuse’ 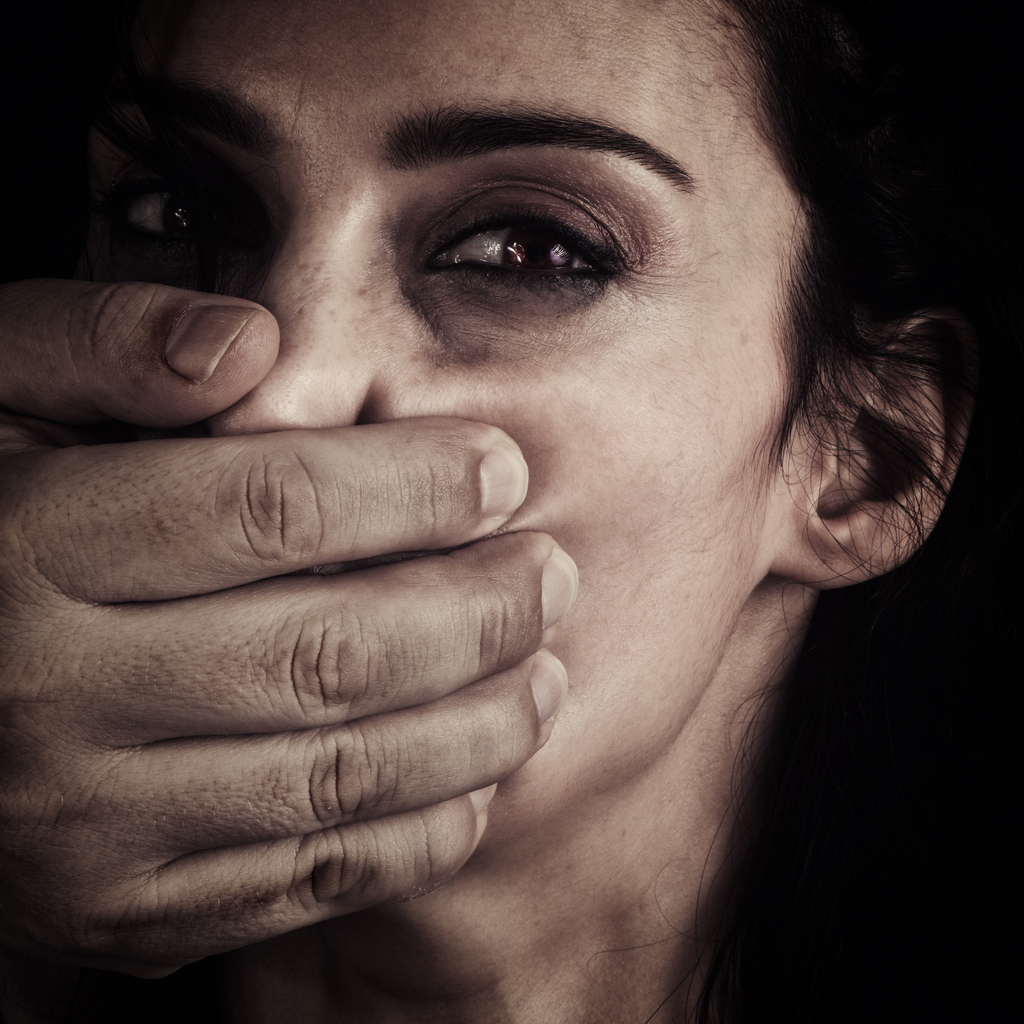 THE six-month time limit on re­porting forms of domestic abuse to police should be scrapped in order to get justice for more vic­tims, campaigners and academ­ics have said.

They highlighted research showing that people of south Asian origin take longer to report crimes compared to other groups due to pressure from family members and fear of reprisals.

The cut-off point is for report­ing summary offences to police, after which they will not take ac­tion to prosecute. The offences include common assault, threats, having a fist raised on someone or being spat at, which can only be tried in a magistrate’s court.

Experts said reporting these crimes can be a first step for many victims to open up later about physical and mental abuse. And it can take years for them to flee a relationship or face giving evi­dence in court.

An online petition calling for the axing of time limits to bring charges for acts of domestic vio­lence reached more than 63,000 signatures last month (April 22).

Sundari Anitha, a professor of gender, violence and work at the University of Lincoln, told Eastern Eye: “It [deadline] should definite­ly be extended, as even the act of naming it as domestic violence is not straightforward.

“For some people, it may be only when you have left the rela­tionship and look back.

“With coercive control, it is hard to see that’s what happened to you. With social isolation and coercion, your sense of what is normal can become warped by the perpetrator’s abuse.

“When they leave and make friends, women sometimes look back and realise what was done to them was not normal – that friendships were not allowed.”

Professor Anitha added: “With sexual violence and rape in a mar­riage, it can be hard for women to see that they didn’t have a choice.

“Some victims have told me, ‘It was never about whether I wanted to have sex or not. Looking back on it now, I can see that sex was never consensual’.

“In research I have conducted on forced marriage, at the point of leaving there is so much crisis, and the focus is on trying to get away. Once they escape, victims may think at a later point, ‘Do I need to report it so it doesn’t hap­pen to my sibling.’”

Last year, the Ministry of Justice considered whether the six-month rule should be extended. It concluded that extending the lim­it or scrapping it would be limited in its benefit “as common assault, the least serious of a range of of­fences against the person, cover­ing acts such as a push or shove that does not lead to injury, is the only offence likely to be relevant in this context that is affected by the limit.”

However, Dr Ravi K Thiara, as­sociate professor at the Depart­ment of Sociology at the Universi­ty of Warwick, said research has shown that women from south Asian and other minority commu­nities are likely to come under immense pressures to keep quiet and stay put.

She told Eastern Eye: “Any con­tact with the police is discouraged by families and communities because of the potential scrutiny that follows, including questions about the right to be in this country.

“If victims can’t access justice when they feel ready and able, then this silences them forever and lets perpetrators off.

“It’s absolutely crucial that they are able to report and have their cases investigated with focus and rigour without the pressure of a random six-month window.”

Aneeta Prem, founder of the Freedom charity that supports forced marriage victims, said do­mestic abuse was a breach of trust, and for many victims it was almost impossible for them to re­port the initial assaults.

She added: “It takes enormous courage and a fear of what will happen to them and their children if they report domestic abuse. Giv­ing victims more time to come forward will encourage prosecu­tions and hopefully in the future, reduce the level of domestic abuse.”

Amjad Malik, a solicitor in Greater Manchester who has rep­resented Asian victims of domes­tic violence, said he would wel­come the six-month time limit being extended.

He said: “There have been many cases where a victim has been afraid to speak out against her ag­gressor for a variety of reasons.

“Victims are worried about their family honour and reputa­tion within the community. They are of the view that reporting any case would hold negative reper­cussions, therefore, are initially reluctant to report cases.

“Victims who have entered the country from abroad are seldom given any information, support and awareness about their rights in case of violence.

“Additional information and support should be given to all those individuals who have en­tered as a spouse in the UK.”

The Suzy Lamplugh Trust char­ity, which runs the National Stalk­ing Helpline, said it found that police would not investigate un­less there been an incident within the past six months.

Violet Alvarez, a senior policy and campaigns officer at the char­ity, said, “We are most likely to come up against this as an issue in cases where the stalking has been occurring over many years, often decades, taking place only once or twice a year. In these cases, it is a challenge to ensure police treat the behaviour as an offence of stalking, due to a reluctance of viewing it as a course of conduct.

“The Suzy Lamplugh Trust de­fines stalking as a pattern of re­peated, unwanted behaviour which is fixated and obsessive in nature, and causes you to feel dis­tressed or scared.

“We urge police forces, there­fore, to recognise the behaviour as a pattern, rather than isolated in­cidents, and charge the stalker based on the course of conduct.”

Most assault crimes are not summary offences and there is no time limit for prosecuting them. There is also no deadline for pros­ecuting controlling or coercive behaviour, and the domestic abuse bill will include a post-sep­aration abuse.

A government spokesman said: “All allegations should be investi­gated and pursued rigorously through the courts where possi­ble, and there is no time limit on reporting crimes such as bodily harm or those that add up to coer­cive behaviour.

“We have invested millions into vital services to support victims throughout the pandemic, and continue to urge anyone at risk of harm to come forward and get the help they need.”

The legislation comes amid wider efforts to tackle the is­sue after lockdowns to curb the spread of Covid-19 left many women trapped at home with violent partners.

“This is a fantastic and ground-breaking day,” Nicole Jacobs, the domestic abuse commissioner, said. “The new law will make a huge differ­ence to the lives of millions of domestic abuse victims, and definitely save lives.”

The Domestic Abuse Act es­tablishes a new offence of ‘non-fatal strangulation’, closing a loophole that campaigners say has let some abusers escape justice for choking attacks, which can cause brain dam­age, strokes and other serious injury. Men who throttle their partners risk five years in jail.

Domestic abuse charities said the legislation’s explicit recognition of economic abuse as a form of domestic abuse for the first time was “transformational”. Economic abuse, in which someone may restrict a partner’s access to money and other resources, can prevent them leaving a dangerous relationship.

The new law also stops de­fendants in murder trials from relying on a defence of “rough sex gone wrong”.

Campaigners said Britain was the first country to outlaw the “rough sex” defence.

Other new provisions in­clude imposing a legal duty on local authorities to provide shelter for abuse victims, a ban on abusers cross-examin­ing victims in family courts and the creation of domestic abuse protection orders.

Home secretary Priti Patel hailed the new law, saying it would ensure “perpetrators of these abhorrent crimes are brought to justice”.

The act – which applies to England and Wales – also es­tablishes the post of domestic abuse commissioner to hold local and national government to account in their handling of an issue that affects an estimated 1.6 million women a year.

Domestic abuse charity Ref­uge said the legislation, while progressive in many respects, was “far from perfect” and failed to protect many mi­grants, who cannot access benefits and may be afraid to report abuse to police.

“This is a missed opportuni­ty to ensure all woman experi­encing abuse are protected,” said Refuge chief executive Ruth Davison.

It said it was also worried about a £50 million shortfall to finance shelters.