UK inflation soars to near decade-high on energy bills 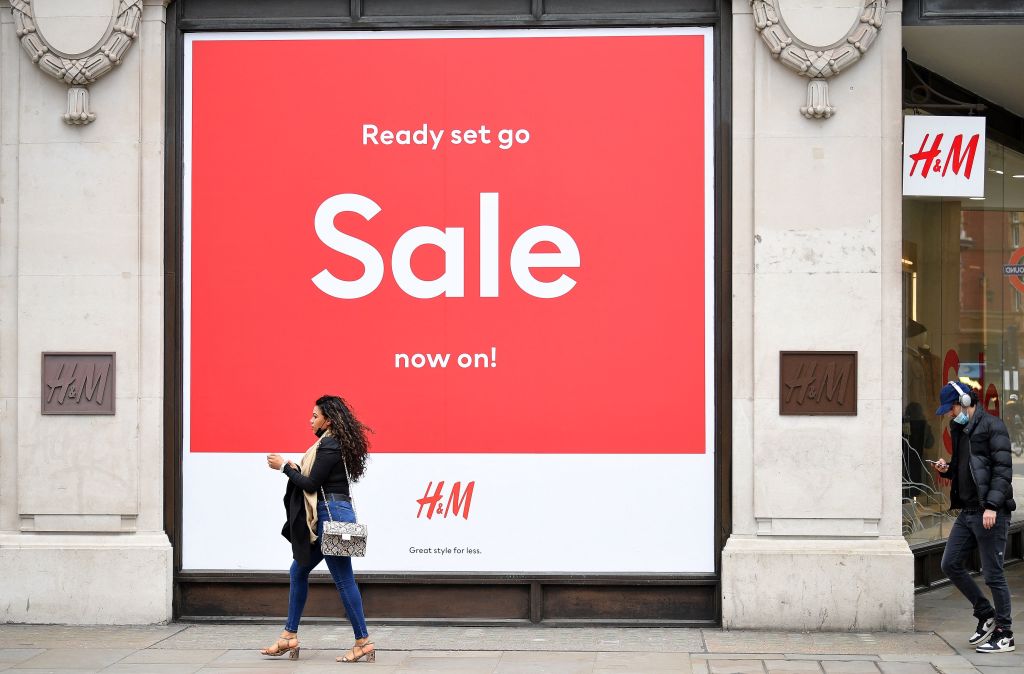 Pedestrians wearing face coverings due to Covid-19, walk past a ‘Sale’ sign in the window of a closed H&M clothes store on a quiet Oxford Street in central London. (Photo by JUSTIN TALLIS/AFP via Getty Images)

The annual rate jumped to 4.2 percent, the highest level since November 2011, the Office for National Statistics said in a statement.

That followed 3.1 per cent in September and was more than double the Bank of England’s 2.0-per cent target – prompting speculation over a rate hike after Tuesday’s (16) upbeat unemployment data.

Rising consumer prices ramp up the cost of living, especially when wages fail to keep pace.

“This was driven by increased household energy bills due to the price cap hike, a rise in the cost of second-hand cars and fuel as well as higher prices in restaurants and hotels.

“Costs of goods produced by factories and the price of raw materials have also risen substantially and are now at their highest rates for at least 10 years.”

Inflation leapt on higher prices for domestic electricity and gas, as well as motor fuel which faced shortages.

Inflationary pressures were also fuelled by the global supply crunch and the soaring cost of raw materials.

The BoE had this month kept its key interest rate at a record-low 0.1 percent, but flagged a likely hike in the coming months to dampen inflation.

Central banks use rate hikes to try and dampen high inflation, which is weighing on companies and consumers globally.

As countries reopen from pandemic lockdowns, businesses are struggling to meet demand for goods and services, sending inflation soaring.

“Many countries are experiencing higher inflation as we recover from Covid and we know people are facing pressures with the cost of living,” said finance minister Rishi Sunak in response to the data.

Markets had expected the BoE to raise its main rate in November for the first time in more than three years.

The BoE stance contrasts with other global central banks, including the US Federal Reserve, which are tightening monetary policy as growth recovers and inflation spikes.

US inflation had rocketed to a 30-year high of 6.2 per cent in October.

“While not unexpected, confirmation that inflation is moving further away from its target may seal the Bank of England’s resolve to raise rates in December, following the strong labour data.”

“I’m very uneasy about the inflation situation — I want to be very clear on that,” Bailey told a committee of lawmakers.

“It is not of course where we wanted to be, to have inflation above target.”