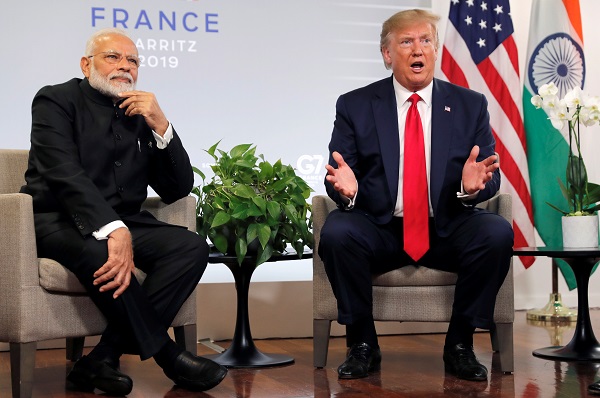 US president Donald Trump on Thursday(23) accused India’s air as “filthy” during the final presidential debate with his Democratic challenger Joe Biden in Nashville, Tennessee.

“Look at China, how filthy it is. Look at Russia. Look at India. The air is filthy,” Trump said adding that he walked out of the Paris Accord as the US was treated very unfairly even after providing trillions of dollars to fight climate change.

Soon after Trump’s remarks, “filthy” and “Howdy! Modi” rose to the top of trends on Twitter.

India’s dreaded pollution season has returned as levels of PM2.5 – dangerous tiny pollutants in the air – in the capital have averaged around 180-300 micrograms per cubic metre in recent weeks, 12 times higher than the WHO’s safe limits.

Trump has repeatedly blamed countries like India and China for not doing enough on climate change, labelling them as regions with air that is impossible to breathe.

In 2017, Trump pulled the US out of the 2015 Paris climate agreement, saying the international deal to keep global temperatures rises below 2 degree Celsius was disadvantageous to US workers.

Speaking at an elections rally in North Carolina last week, Trump had blamed countries like China, Russia and India for adding to the global air pollution.

“We have the best environmental numbers, ozone numbers, and so many other numbers. In the meantime, China, Russia, India all these countries they’re spewing stuff into the air,” he alleged during the rally.  China is the world’s biggest carbon emitter followed by the US, India and the EU.

The air in several cities in northern India is especially bad in winter months – November to February – when several factors, such as farmers burning crop stubble to clear their fields, vehicular and industrial pollution, festive fireworks and low wind speed, contribute to what doctors calls is a “deadly cocktail of poisonous gases”. 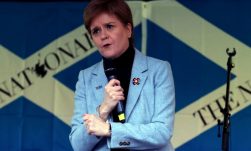 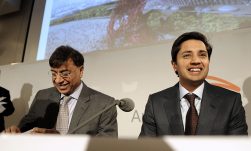