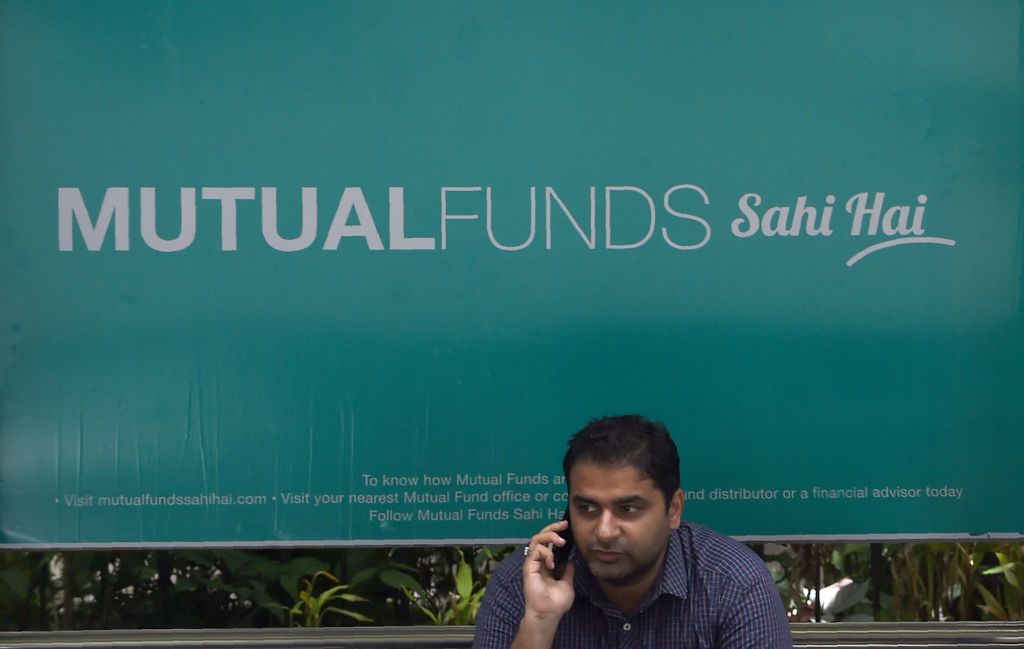 An Indian office worker waits at a bus stop with an advertisement promoting mutual funds in Mumbai on July 4, 2017. Contributions to mutual funds through systematic investment plans have grown more than two-fold since 2016-17. (Photo by INDRANIL MUKHERJEE/AFP via Getty Images)

INFLOWS into the mutual fund industry through systematic investment plans (SIPs) reached close to Rs 670 billion (£6.7 bn) in the first seven months of the ongoing fiscal, suggesting the growing popularity of staggered investments.

Over the past five years, SIP AUM has grown 30 per cent annually, twice as fast as the growth in the overall mutual fund industry’s assets base.

Some 2.38 million new SIPs were registered in October. The total registrations reached to 15m in the first seven months (April-October) of the current fiscal. This was way higher than the 14.1m new SIP registrations in the entire preceding financial year.

“Staggered investment approach (via SIP or STP) in equity markets seems the ultimate solution to ride the wave of uncertainty as corrections would bring down the average cost of your total investments or in case the bull run continues, investors would not lose out on opportunity cost,” said Akshat Garg, manager, research at Investica, a platform for investing in mutual funds.

SIP is an investment methodology offered by mutual funds wherein an individual saver can invest a fixed amount in a chosen scheme periodically at fixed intervals, instead of making a lump-sum investment.

According to Amfi, SIPs have been gaining popularity among Indian savers, as it helps in investing in a disciplined manner without worrying about market volatility or timing the market.

Harshad Chetanwala, a co-founder, MyWealthGrowth.com, said subscriptions in equity funds were lower compared to September as markets were a bit volatile in October and investors may have followed a wait and watch or staggered investing approach which is better in current market conditions.

“At the same time, there is a possibility that some of the outflows from these funds would have gone back to international funds and balanced funds launched during recent times,” he added.