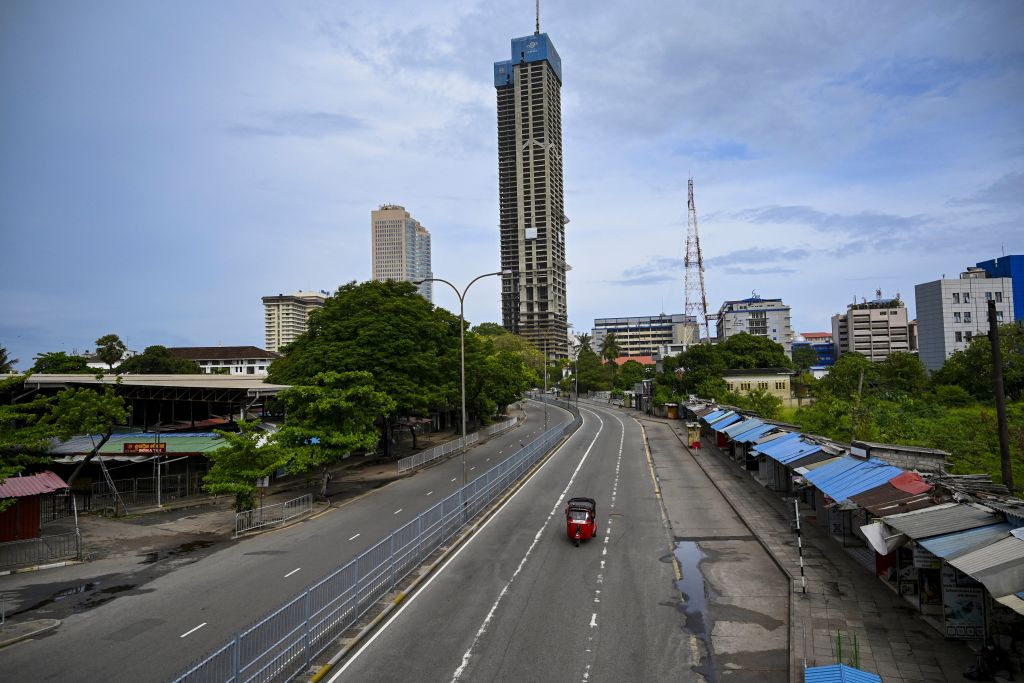 An autorickshaw drives past a deserted street after the government imposed travel restrictions and weekend lockdown to curb the spread of Covid-19, in Colombo on May 22, 2021. The pandemic has hit the Sri Lanka economy hard. (Photo by ISHARA S. KODIKARA/AFP via Getty Images)

SRI Lanka’s central bank raised interest rates for the first time in nearly three years on Thursday (19) as the rupee hit a record low amid a crippling foreign exchange shortage.

With the country of 21 million already facing shortages of imported cooking gas and sugar because of the shortage of dollars, the Central Bank of Sri Lanka increased its deposit and lending rates by 50 basis points to 5.0 per cent and 6.0 per cent respectively.

The bank said the move was to counter “imbalances” as the rupee fell against the dollar “and to preempt the buildup of any excessive inflationary pressures”.

The rupee fell to 216.55 against the dollar – its lowest ever level – despite the central bank urging currency traders not to allow the local currency to fall below 202.

The government had reduced rates after the coronavirus pandemic hit last year in hope of bolstering the economy.

But Sri Lanka still recorded its worst recession in decades, with the economy shrinking 3.6 per cent as tourist arrivals collapsed and with it foreign currency receipts.

The rupee has lost nearly 20 per cent of its value against the US dollar in that time, according to data from private banks.

Faced with currency shortages, the government banned a wide range of imports, including vehicles as well as industrial raw materials and machinery since March last year.

With supermarkets rationing staples such as sugar and milk powder, importers say they cannot get dollars at official exchange rates and have to pay black market prices.

Energy minister Udaya Gammanpila appealed to motorists this week to use fuel sparingly so that the country can use its foreign exchange to buy essential medicines and vaccines.

Another top official warned that fuel rationing may be introduced by the end of the year unless consumption was reduced.

Last month, the Moody’s ratings agency placed Sri Lanka under watch for a downgrade on persistent fears that the island could default on its foreign debt.

The country has arranged a $250 million (£182.6m) loan from Bangladesh, and similar cash injections from India, China and South Korea.