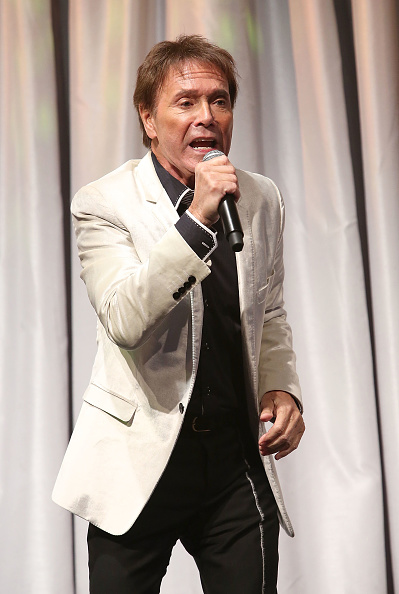 THE question of pop legend Sir Cliff Richard’s origins in India came up when he was a guest on Desert Island Discs last Sunday (20) – just as it had when he first appeared on the popular BBC Radio 4 show on October 31, 1960.

Then he had just turned 20. Now he was 80 and a knight of the realm. It is the story of a boy from India made good – and also how Britain has changed in six decades from a white country to a multi­cultural society.

The show’s host Lauren Laverne told listeners last Sunday: “He’s been cast away on Desert Island Discs once before, some 60 years ago.

“Back then, he told presenter Roy Plomley he was celebrating the fact that he just left his teens and the 10 singles he had released had all been chart hits.

“He’s released more than 100 albums, sold well over 250 million records, and is the only British artist to score number ones in five consecutive decades. And 60 years in the spotlight have earned him a special place in British popular culture.”

Turning to the singer, she said: “You were born Harry Rodger Webb in Lucknow in what was then British India in (Octo­ber) 1940. And your father Rodger was manager of a catering company that ser­viced the Indian railways. What do you remember about your early years there?”

He replied: “I left there when I was still seven. I had my eighth birthday in Eng­land. It’s childhood memories, but the ones I remember – I mean independence had come in 1947. And there was a kind of civil war kicking off. So I can remember that, you know, being in bed and think­ing, ‘Boy, there’s a bang, bang.’”

During his first appearance on Desert Island Discs he was inter­rogated by Plomley, the programme’s creator who had the in­timidating upper-class ac­cent BBC presenters had in those days.

Asked about his origins, he said: “I was born in Lucknow in India although we were not very long there – just a few weeks. My mother and father moved house and we lived in Howrah which is just outside Calcutta (now Kolkata). We came back to England in September 1948.”

But “back” was not an entirely accu­rate word to use, because neither he nor his parents or grandparents had set foot in England before.

Laverne said: “Moving from India to England as a child was challenging…. They had had a very comfortable life in India, but Sir Cliff’s father couldn’t find work on his return, and had four children to support.”

The singer recalled: “We arrived with £5… I think it’s worth about £200 now… I can remember three main meals a week were a soup bowl with two slices of toast with tea poured over it. Milky tea and sugar sprinkled on it.”

At one point, the family of six – his parents plus their four children – shared a single room in Waltham Cross in Hert­fordshire before getting a small council flat in nearby Cheshunt. In comparison, that “felt like a palace”, he said.

“Even now speaking about it, I’m so grateful to have gone through that. It makes you much more thankful and grateful for what’s happening now. I mean, how I live now…. I wake up in Bar­bados and open the curtains and think, ‘how did I get here?’”

His father, who had backed Sir Cliff’s decision to become a pop singer, died aged just 56. “It was a heart-breaking time for me. My dad missed the best. He was so fast and hard behind me all the way through that I feel sometimes horri­bly angry he died too early. He missed the first number one, he missed the knight­hood. My father would have loved to see me be knighted. I miss my dad still.”

In 1960, Britain was a less tolerant country when an ambitious pop singer would have skirted over his Indian con­nections – or that he was probably “An­glo-Indian”, with “Indian blood” some­where in his ancestry.

The prime minister of the day was a patrician Harold Macmillan. The Queen, then 34, had given birth to her third child, Prince Andrew. The Times newspaper aban­doned the term “Imperial and Foreign News” in favour of “Overseas News”.

Wolverhampton Wander­ers FC won the FA Cup and Nigeria its independence; and the first episode of Coro­nation Street, made by Gra­nada Television in Manches­ter, aired on ITV.

In the high court, Penguin Books was found not guilty of obscenity after publishing DH Lawrence’s Lady Chatterley’s Lov­er, which sold 200,000 copies in a single day.

In 2013, showbiz journal­ist Steve Turner, who had published Cliff Rich­ard: The Biogra­phy in 1993, went back to India to trace his sub­ject’s roots. He wrote: “The star – real name Harry Rodger Webb – was born in the city of Lucknow in October 1940, the son of Rodg­er and Dorothy Webb. His par­ents had also been born and raised in India, and the family spent their fi­nal few years in Howrah be­fore coming to England in 1948, shortly af­ter India gained its independence.”

Turner noted that “nothing has been pre­sented about how his parents, Rodger and Dorothy Marie, came to be in the subcontinent in the first place, and there have been the sketchiest de­scriptions of his grandparents.

“Perhaps because of this, it has often been rumoured that Cliff’s dark good looks are due his mixed race. When he was a teenager in Cheshunt, the ques­tion for his friends was not whether he had Indian blood, but from which parent it came. Most of them plumped for Mrs Webb because she was most like Cliff in appearance and had the same darker tone… It’s possible some of his great-great-grandparents never knew any country other than India….”

In the biography, Turner also disclosed that Harry was subjected to racist bullying at school.

At Stanley Park Road Junior School, “he learned for the first time that he didn’t have the milky-white skin that most English-born had during the winter. His deep tan hadn’t stood out in India. In fact, there he had been the ‘white boy’.

“But here in south-west London, where very few children had ever seen a person who wasn’t white, he was thought exotic. The differ­ence was accentuated by his Anglo-Indi­an accent.

“To this day there are those in Carshal­ton who are convinced he is part Indian.”

Last Sunday, when Laverne asked Sir Cliff about the BBC filming the police raid on his Berkshire home in 2014 on “his­toric sex abuse allegations” – he was nev­er charged and also won his case against the police and the BBC – he revealed: “I felt my knees give, my legs gave way and I collapsed on the floor….I didn’t faint, but I couldn’t stand up. And I found myself absolutely weeping like a child.

“I was never suicidal. But I thought a couple of times I might die because I used to wake up with my pulses, you know, on your wrist, the head, the heart, thumping like crazy. And I’m thinking I don’t want to kill myself. But this could kill me.

“But I survived it all. And that’s the main thing for me, and I’m past it now. And I don’t think I’ll ever get over it, though. It’s not something that you can wipe from your memory.”

Across 60 years, out of his eight chosen records, Sir Cliff had one in common – Heartbreak Hotel by Elvis Presley, who he said had inspired him to become a pop singer in the first place.