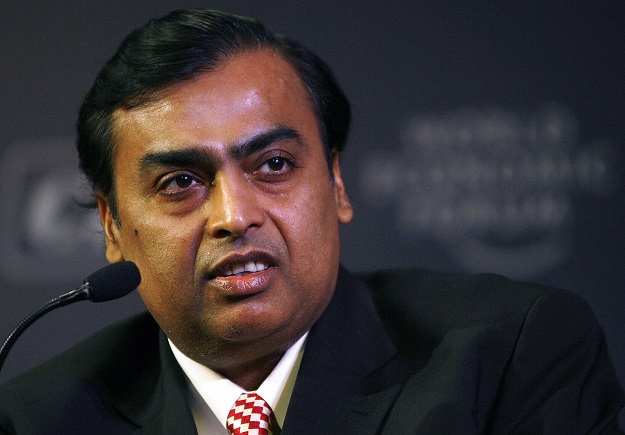 AFTER missing two deadlines, billionaire Mukesh Ambani’s Reliance Industries Ltd (RIL) has shelved a proposed deal to sell a 20 per cent stake in its oil refinery and petrochemical business to Saudi Aramco for an asking of $15 billion (£11.1 bn).

“Due to the evolving nature of Reliance’s business portfolio, Reliance and Saudi Aramco have mutually determined that it would be beneficial for both parties to re-evaluate the proposed investment in O2C business in light of the changed context,” the Indian firm said on late Friday (19).

It, however, added that it will continue to be Saudi Aramco’s “preferred partner” for investments in India’s private sector.

Ambani had in the company’s annual general meeting of shareholders in August 2019 announced talks to sell a 20 per cent stake in the oil-to-chemicals (O2C) vertical to the world’s largest oil exporter. The business comprises twin oil refineries at Jamnagar in Gujarat, petrochemical assets and 51 per cent stake in fuel retailing joint venture with BP.

At that time, he had announced the deal would close by March 2020. The deadline was missed and the company blamed pandemic controlling restrictions, imposed towards the end of March 2020, for hampering due diligence.

This year, Ambani stated that the deal would close by the end of the year. He also announced new energy forays including a plan for developing one of the largest integrated renewable energy facilities in the world.

While new deadlines for the Aramco deal and new energy forays were announced in the same breath, it wasn’t clear what changed between June and now to site shifting focus for the “re-evaluation.”

Reliance also decided to withdraw the proposal filed before the National Company Law Tribunal (NCLT) to separate O2C business from the company.

It also wasn’t clear why the separation proposal filed before NCLT was withdrawn.

It also wasn’t known if Aramco was interested in the new energy business as well and so a reworked deal needed to be negotiated.

An email sent to the company spokesperson on these issues remained unanswered.

Reliance in the Friday night statement said it and Saudi Aramco spent two years performing due diligence before reaching a decision to reassess.

It said it will work with Aramco and SABIC for investments in the Kingdom.

“The deep engagement over the last two years has given both Reliance and Saudi Aramco a greater understanding of each other, providing a platform for broader areas of cooperation,” the statement said.

Analysts at Bernstein had recently valued the O2C business of RIL at a relatively lower valuation of $69 bn (£51 bn).

Oil prices had fallen sharply after the Covid-19 pandemic broke out and this had cast a cloud on the deal. But hopes were re-ignited in the middle of this year when reports suggested that the two sides had resumed discussions.

With oil prices starting to rally once again, there was a sense of optimism that the deal would finally go through, a view that gained credence when Aramco chairman Yasir al-Rumayyan was appointed as an independent director on the RIL board.

RIL’s O2C does not include the upstream oil and gas producing assets such as the KG-D6 block in the Bay of Bengal.

A stake in Reliance’s O2C business would have given Aramco an entry into one of the world’s fastest-growing fuel markets. It would also have given it a ready-made market for 500,000 barrels per day of its Arabian crude and offer a potentially bigger downstream role in the future.

Aramco has an equity stake in China’s largest O2C project at Zhejiang with a long-term crude supply agreement and a plan to build a network of retail outlets. It also has a fuel retailing joint venture with Sinopec operating 1,000 retail outlets.

An investment in Reliance’s O2C subsidiary could have given Aramco a similar footprint – a stake in India’s largest O2C project with a long-term crude supply agreement and participation in fuel retailing via the Reliance-BP joint venture.

Over the past years, the oil-to-telecom conglomerate has segregated businesses into separate verticals – Jio Platforms houses the company’s digital and telecom unit, retail is a separate unit and oil refining and petrochemical segments have been carved into the O2C sector to attract strategic partnerships.

The firm had recently announced carving out the O2C business as a separate subsidiary to support strategic partnerships and new investors to accelerate its new energy and material plans. That process has now been halted.