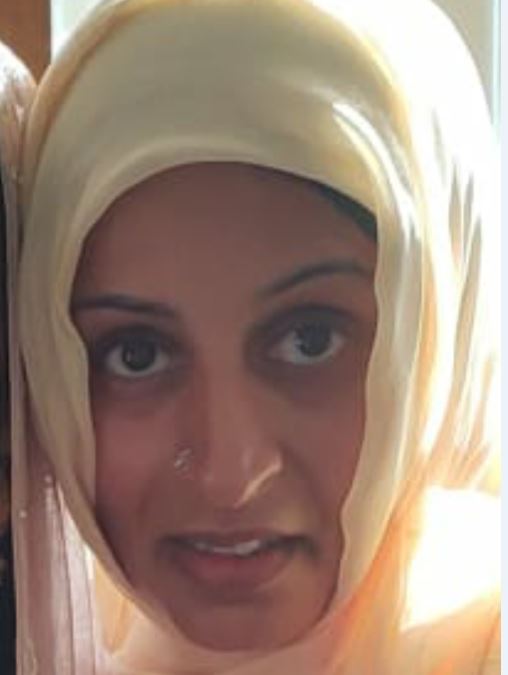 Shadika Mohsin Patel who was stabbed to death in East Ham on March 19. (Courtesy: Met Police)

DETECTIVES investigating a 40-year-old woman’s murder in East Ham have renewed pleas for help to identify the suspect.

The CCTV footage accessed by the police showed the man in Altmore Avenue near Barking Road, where Shadika Mohsin Patel was stabbed multiple times on March 19.

Police and the London Ambulance Service were called to reports of a woman with stab injuries. Patel died in hospital shortly afterwards.

A postmortem revealed the cause of death as blood loss following multiple stab wounds.

“Shadika was very loved and she will be sorely missed by her family,” said her mother.

The police noted that the man in the footage “spoke to her briefly on the street before attacking her”.

Detective Chief Inspector Mark Wrigley, from Specialist Crime, said: “We are still looking into the motive for this horrendous crime but, at this stage, it appears that Shadika was targeted in an unprovoked, random attack.

“I know this will be alarming to the local community and want to reassure everyone we are working tirelessly to identify and apprehend this man and that attacks of this nature are extremely rare.”

“After attacking Shadika, the suspect went south along Altmore Avenue, across Barking Road and into Didsbury Close which leads into Melbourne Road.

“Shadika, a mother of two, had every right to remain safe on our streets and we urge anyone with information, no matter how small, to please come forward as soon as possible.”

The officer added that these were “challenging times and lots of people have their own concerns and worries”, but sought help to “remove a dangerous offender from our community”.

The police urged anyone with information that may assist the investigation to call the incident room in 020 8345 3715.

Information can also be reported 100 per cent anonymously to the independent charity Crimestoppers on 0800 555 111 or online at crimestoppers-uk.org.