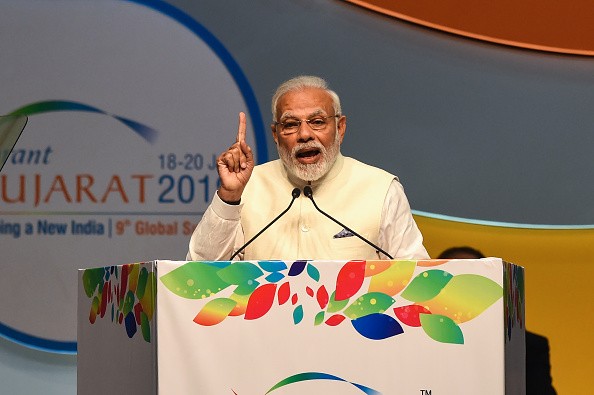 Five heads of countries from Uzbekistan, Rwanda, Denmark, Czech Republic, and Malta along with the industry leaders from various sectors and over 30,000 delegates frsaom India and abroad are taking part in the event.

The Vibrant Gujarat Summit (VGS) is a biennial investors’ summit organised by Gujarat state government in Gujarat in an attempt to boost investment in Gujarat, and other parts of the country. The event is also a meeting point for various industries functioning across the globe.

Major events during the three-day meet include a round-table interaction with the heads of global funds, ‘Africa Day’, MSME convention, round table for opportunities in science, technology, engineering and mathematics (STEM) education and research. In addition to the above, exhibition on futuristic technologies and space exploration, a seminar on port-led development and strategies to establish India as the trans-shipment hub of Asia, and other events have been organised.

Delivering his inaugural speech, the prime minister Modi invited global business leaders and companies to come and invest in India where the business climate is more investor-friendly now with the required infrastructure and facilities in place.

He told the gathering that those, “who visit India regularly will feel a change in the air, in terms of direction and intensity. Over the last four years, the aim of my government is to reduce government and increase governance. We wish to take deeper structural reforms to strengthen our economy. We continue to remain one of the fastest growing economies in the world.”

Speaking on Vibrant Gujarat Summit, Modi added, “it has now emerged as a global platform and  presence of so many leaders shows that international cooperation is no longer limited to national capitals but is also extended to state capitals,”

Five heads of the countries who participated in the event were the president of Uzbekistan, Shavkat Mirziyoyev along with the prime ministers of Denmark, Lars Løkke Rasmussen, Czech Republic, Andrej Babis and Malta, Dr Joseph Muscat.

One of the highlights of the Vibrant Gujarat Summit-2019 was a special message by the Israeli prime minister, Benjamin Netanyahu via video-conferencing who said, “Gujarat symbolises the powerful connection between our two people. Together we’re building limitless possibilities for the future.”

First edition of Vibrant Gujarat Summit was held in 2003 under the guidance of prime minister Narendra Modi who was then the chief minister of Gujarat state, to give a spur to the investments in Gujarat. Since then it has played the role of a catalyst leading to several other such summits annually in states across the country.