Niti Taylor on taking part in Jhalak Dikhhla Jaa and coming back to her iconic TV show. 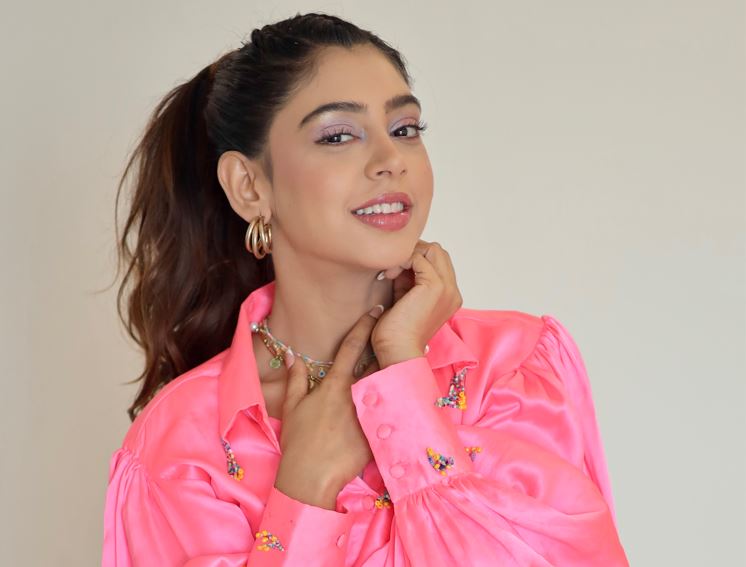 WINNING audiences over is something Niti Taylor has done well since the beginning of her career.

The actress did that again on recently concluding reality TV show Jhalak Dikhhla Jaa 10, dazzling viewers with her dance skills, million-dollar smile and the courageous way she took on challenges. She also reprised the role of Nandini Murthy in the recently commenced season four of her TV series Kaisi Yeh Yaariaan and is showcasing her star quality on screen.

Eastern Eye caught up with the talented 28-year-old to discuss her epic Jhalak Dikhhla Jaa 10 journey, the return of Kaisi Yeh Yaariaan, her future hopes, huge fan base, inspirations and why she is not going to say no to things.

How do you reflect on the Jhalak Dikhhla Jaa journey?

I think my journey on Jhalak Dikhhla Jaa enabled me to grow as a dancer and performer, from day one to the last week. Everyone has seen that. I did each and every style and I have done everything possible. I was a non-dancer when I started, now I’m a dancer, so my journey has been really impeccable. (Laughs) I think I have killed it, to be very honest. So, I don’t wanna talk about it because everybody saw my growth from the first episode to the last.

Would you have done anything differently?

No, I think everything was right. I didn’t wanna get voted out, but the format of the show was such that I got the lowest score that week and had to leave. I think that was bad and shouldn’t have happened, otherwise I would have been one of the finalists for sure.

Which moment during the show is closest to your heart?

I think the first time we got (a perfect) 30 score was the most memorable moment because we were trying, trying, trying, and it wasn’t happening. Then suddenly we got 30 and it was like, ‘oh my God finally it happened’. That was the best moment and then every time when we got 30, and sat on the golden chair. For us to get noticed was a very big thing –dancing with these huge celebrities and being a part of something with them, was itself really good.

Did you expect to make such an amazing impact?

To be very honest, I was who I was in the show. I’m not very loud and am the quiet silent type. Being myself is how I achieved what I did and then I left with dignity. Throughout the show people saw my struggle and what was happening with me. I achieved what I wanted and don’t need anything else. People were with me on my journey and saw me through it. They saw me sail, do good, do bad and come back stronger.

It was really special…

(Laughs) The thing is wherever I go, I always leave an impact and it is a very true thing about me. That has happened to date. After I left Jhalak, people from the production team to everyone else, including my co-actors, were messaging me, saying, ‘we miss your smile and bumping into you in the hall’. These things say a lot and speak volumes.

What made you want to take on the big challenging moves?

Every time when we came on stage, I said I wanna be seen and recognised. I want them to see my dance and appreciate me too. So, I worked hard to be noticed. There was never a time where I said, ‘No, I can’t do this’. I said, ‘you’re giving me this, ok, I will do it’. It was like, ‘you give me any challenge or throw anything at me, I will do it.’ In the last episode, I wanted to do aerial because I am very scared of heights. I wanted to make an impact even though I have a problem doing a lot of things. I approached each episode like that, where I did a different style and took on a new challenge.

Will you carry on with dancing?

I love dancing, so yes, that’s never gonna stop. I even told my team that when Jhalak gets over, I will book the hall and we will rehearse, and you will teach me new styles. We will carry on doing the dance and performing to songs. I said, ‘I don’t wanna stop dancing just because my journey’s ended’ and that nothing can stop me. I love dancing and now I can proudly say I am a good dancer, and can also dance with a partner, which was a big thing for me.

Is there anything else in dance you want to learn?

I want to do belly dancing, as I’ve not done that before. I want to learn pole dancing. Like I said, even though Jhalak is over, I am gonna go for these classes. I’m gonna do more aerial work.

Have you become more fearless after the show?

Yes, I think I have become stronger, and all these things will not haunt me. I’m like, at least I tried and did my best. ‘You want to lift me, you can; you want to make me do this, I will.’ This is gonna be my motto now. I’m not gonna say ‘no’ ever. Before I always used to just say no, but now I’m gonna go for it, and try new things.

What made you want to return to Kaisi Yeh Yaariaan?

It has been a big part of my life and is a show that has given me the name I have today. Niti Taylor is because of Kaisi Yeh Yaariaan. So, I had to return to the show and I’m excited it came back on December 2. All good things are shaping up. Jhalak is just over, and I now have my web show.

What has it been like reconnecting with your character?

It’s been good because this time Nandini Murthy is mature, strong and going through different emotions. As individuals we go through so much and I get to do that with this  character. So, I love playing Nandini, she’s my favourite. I have done full justice to my character.

Do movies interest you for the future?

Movies is something that I have never been interested in. So, movies is out for me. I don’t wanna do movies, I’m quite happy in the space I am in.

I have a lot of dream roles. I’m known to be a natural actor and want to do something very challenging now. I want to experiment with a role like Jhilmil from Barfi, or a blind girl like in the movie Black. I would love to play a challenging character like Maya, the one Jennifer Winget portrayed in Beyhadh. I would love to do a psycho role. I’ve been happy, sad, a villager, and extra talkative. Now I wanna do something different and that’s why I take time in choosing my projects. I won’t just take anything and always believe in quality of work.

Do you think you will attempt any more reality shows?

I’m done with reality shows. Dancing with a choreographer is it for me, I think. (Laughs) I’ve got a taste of reality shows and I don’t want to do it ever again.

What inspires you today?

Finally how much does the incredible support from your fans mean to you?

My fans mean the world to me. The way they supported me for Jhalak, and went above and beyond with the voting, says a lot. They have done so many things to support me. Kaisi Yeh Yaarian season four has only happened because of them. They give me so much love and support – this is what I want. I want to win hearts. That is Niti Taylor – I win people’s hearts