Pakistan passes bill to give right of appeal to Kulbhushan Jadhav 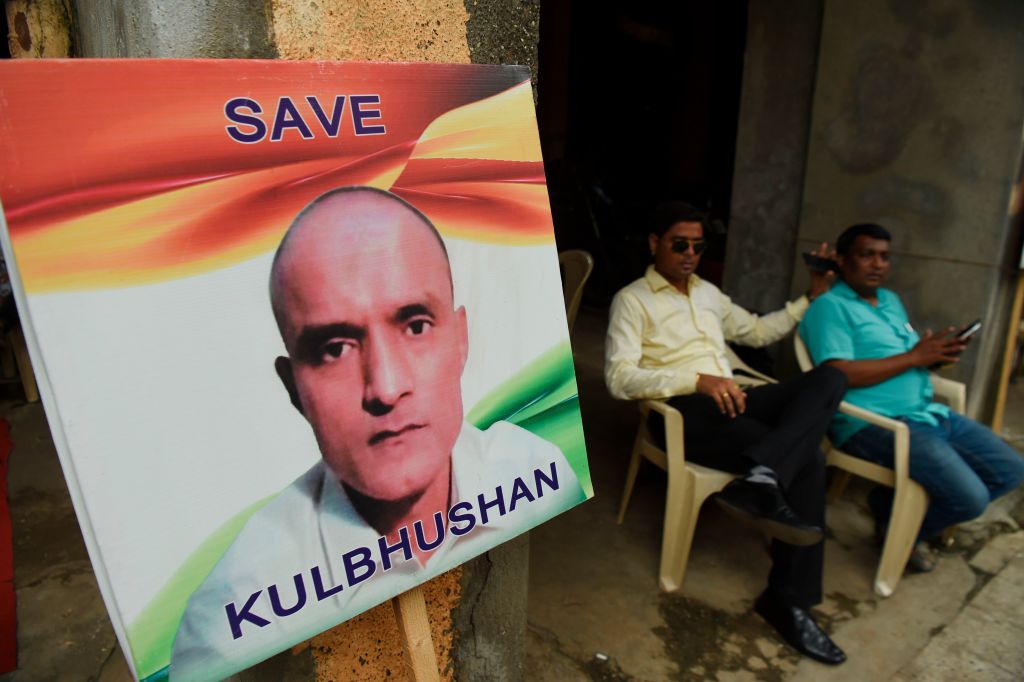 Indian residents sit next to a placard with a picture of Kulbhushan Jadhav, an Indian national convicted of spying in Pakistan, in the neighborhood where he grew up, in Mumbai on July 17, 2019. (Photo by INDRANIL MUKHERJEE/AFP via Getty Images)

PAKISTAN’S National Assembly has passed a government-backed bill that will provide the right of appeal to Indian death-row prisoner Kulbhushan Jadhav, according to a media report.

The National Assembly passed the International Court of Justice (Review and Re-consideration) Bill, 2020 on Thursday (10) aimed at allowing Jadhav, who Islamabad describes as a spy, to have consular access in line with the ICJ verdict, the Dawn newspaper said.

Jadhav, 51, a retired Indian navy officer, was sentenced to death by a Pakistani military court on charges of espionage and terrorism in April 2017.

India approached the ICJ against Pakistan over denial of consular access to Jadhav and challenged the death sentence.

The Hague-based ICJ ruled in July 2019 that Pakistan must undertake an “effective review and reconsideration” of the conviction and sentence of Jadhav and also grant consular access to India without further delay.

The ICJ asked Pakistan to provide a proper forum for appeal against the sentence given to Jadhav.

Law minister Farogh Nasim said Pakistan had they not passed the bill, India would have gone to the UN Security Council and could have moved contempt proceedings against Pakistan in the ICJ. By passing the law, Pakistan had proved to the world that it was a “responsible state”, he added.

The government had already enforced the law through the promulgation of an ordinance in May last year soon after the ICJ verdict in Jadhav’s case.

Amid resistance from opposition parties, the National Assembly’s standing committee on law and justice on October 21 last year had approved the bill that seeks a review of the conviction of Jadhav.