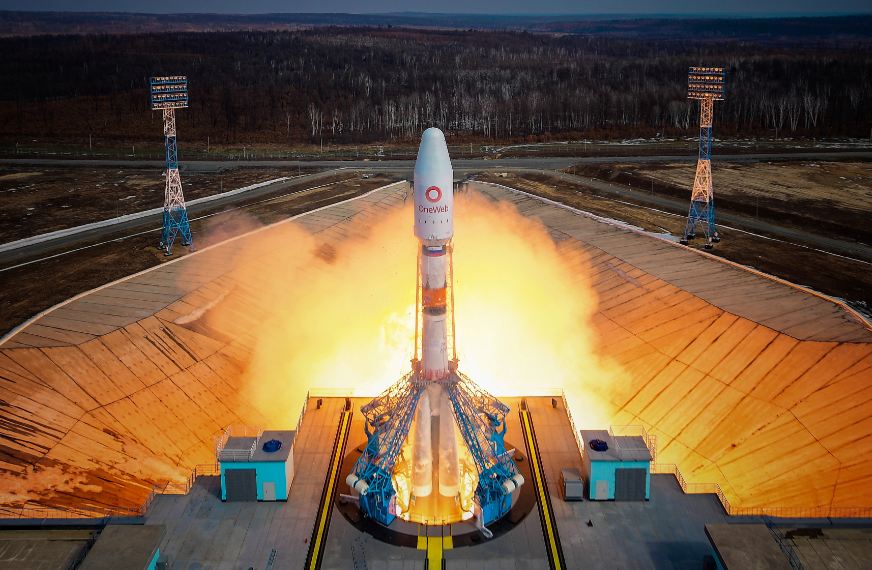 A Soyuz-2.1b rocket booster with a Fregat upper stage and satellites of British firm OneWeb blasts off from a launchpad at the Vostochny Cosmodrome in Amur Region, Russia March 25, 2021. Russian space agency Roscosmos/Handout via REUTERS

The rocket operated by Europe’s Arianespace took off successfully at 2213 GMT Saturday (21) from the Baikonur cosmodrome in Kazakhstan, the Roscosmos space agency said in a statement.

This marked the fifth launch of OneWeb satellites this year, with the last one on July 1.

OneWeb is working to complete the construction of a constellation of low earth orbit satellites and planning to provide enhanced broadband and other services to countries worldwide.

It aims to make the global commercial internet service operational by next year.

Arianespace, which has worked with Russia for close to two decades, is under contract to make 16 Soyuz launches between December 2020 and the end of 2022.

Last year, Indian conglomerate Bharti Global along with the British government rescued OneWeb out of banckruptcy, each putting $500 million (£400m) into the struggling firm.

Since then, other investors have also joined the project.

In July, Bharti Global’s announced to inject $500m (£362m) into the ventures that will complete the necessary financing to roll out the remainder of the mega-constellation.

OneWeb is competing against billionaires Elon Musk and Jeff Bezos in the race to provide fast internet for the world’s remote areas via satellites.