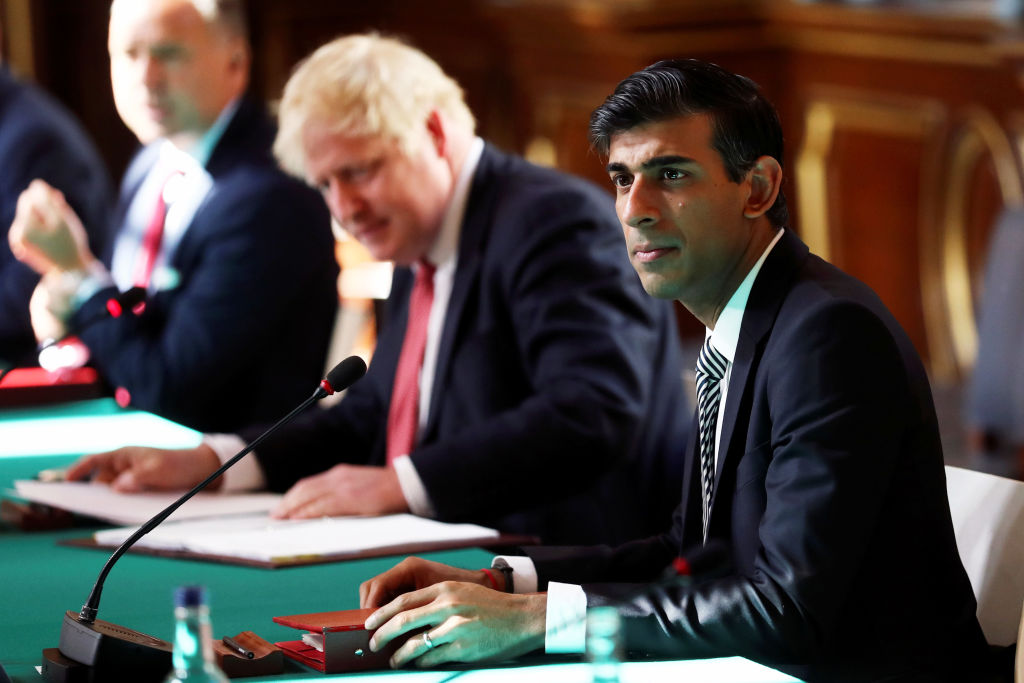 "It's wrong to keep people trapped in a situation and pretend that there is always a job that they can go back to," Chancellor of the Exchequer Rishi Sunak said on the furlough scheme. (Photo: Simon Dawsonl/Getty Images)

RISHI SUNAK said on Friday (7) he did not nurture a desire to be the next prime minister as he admitted that he was tired because he had been working around the clock, grappling with the coronavirus crisis.

When told by a Times Radio reporter that he looked pretty tired and asked if the crisis had dampened his desire to be Britain‘s next prime minister, Sunak chuckled and said: “Oh gosh, I don’t have that desire!”

After spending hundreds of billions of pounds on allying the economic chaos triggered by the pandemic, there has been widespread speculation that Sunak could one day replace his boss, Prime Minister Boris Johnson.

“I am tired,” Sunak, 40, said, adding that he had not seen his family much due to the crisis and had been forced to miss gym sessions.

“I am sorry I am looking tired so I will take that as an instruction to try and revitalise myself over the coming weekend to be a bit more bright and bushy eyed next week.”

While discussing economic concerns, Sunak said extending the furlough scheme would leave some workers “trapped” in false hope that they could return to their jobs after the pandemic.

With redundancies mounting, opposition politicians and think tanks have said the chancellor should extend the Coronavirus Job Retention Scheme — due to expire at the end of October — until the economy is strong enough to support more at-risk workers.

Sunak had ruled a wholesale extension of the programme, and was backed up by Bank of England governor Andrew Bailey on Thursday.

“It’s wrong to keep people trapped in a situation and pretend that there is always a job that they can go back to,” Sunak said this morning.

He said the government had taken action to provide people with new opportunities, including apprenticeships and training during what “is unquestionably going to be a difficult time”.

Last week, the National Institute of Economic and Social Research, a major think tank, said closing the furlough scheme early would be a “mistake” that would cause surging unemployment.

Extending the scheme would largely pay for itself by averting job cuts, NIESR said.

The BoE said it estimated 7.5 million workers had benefited from the furlough scheme at its peak, and that 4 million had now returned to work, while 3.5 million were still on furlough.

Governor Bailey said on Thursday that some parts of the economy would no longer be viable once the fallout of the pandemic clears, with hospitality and leisure looking especially vulnerable.

Bailey said  the central bank’s projection for an unemployment rate of 7.5 per cent this year was a “very bad story” for the British public, and warned that it could turn out worse.

Sunak noted that Britain cannot sustain the level of borrowing it had undertaken to support the economy through the pandemic and warned of difficult decisions ahead.

“The appropriate thing is to be bold and decisive in the response and try and protect as much of the economic capacity we have as possible. We can borrow this year to do that,” Sunak said.

“That’s not something we can or should sustain.”