‘No illegal immigrants allowed to stay’ in India, says government 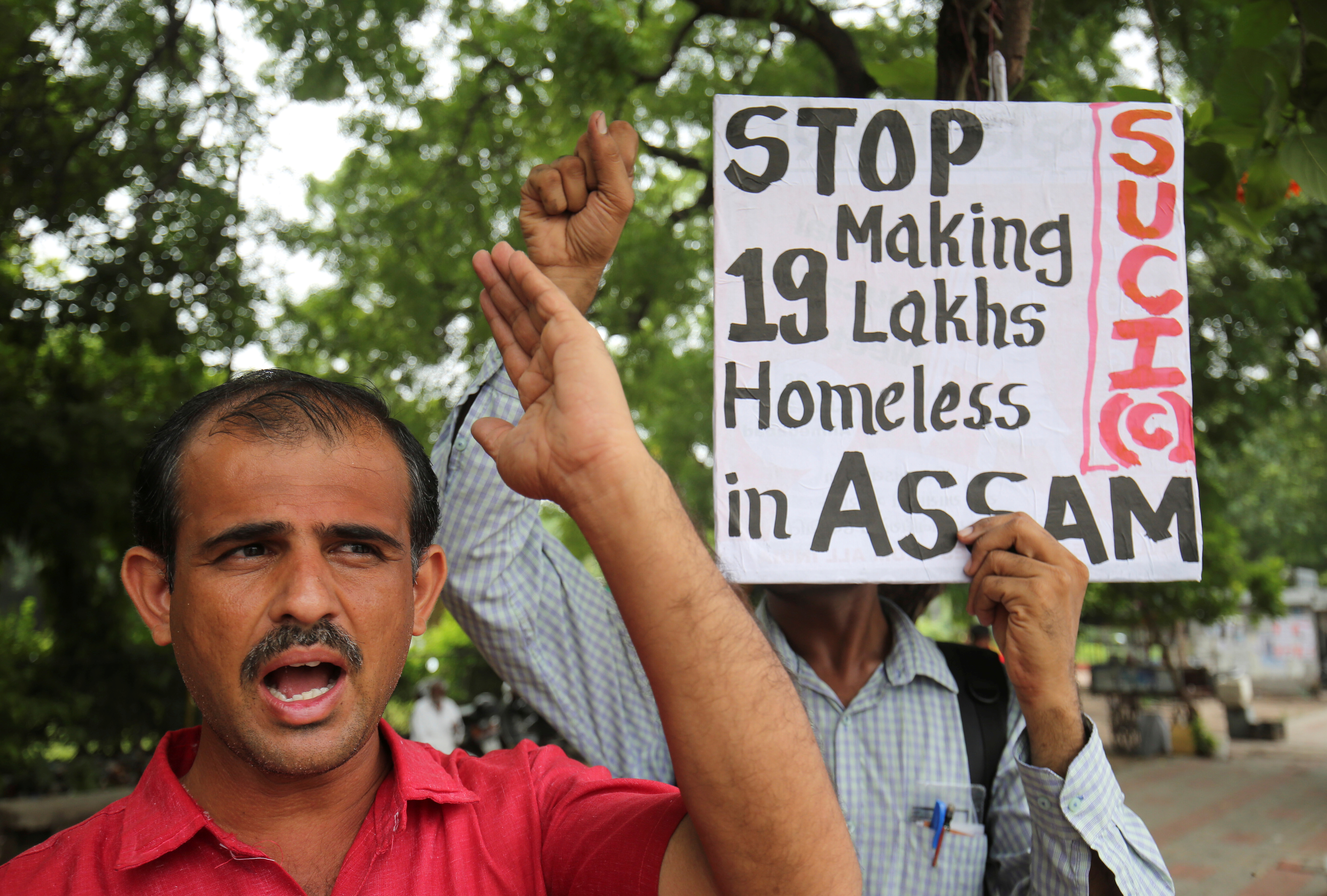 Activists of Socialist Unity Centre of India (SUCI) shout slogans during a protest against what they say is the final draft of the National Register of Citizens (NRC) in the northeastern state of Assam, in Ahmedabad, India, September 5, 2019. REUTERS/Amit Dave
Follow Us

India’s home affairs minister on Sunday (8) said his government “will not allow a single illegal immigrant to stay”, as he visited Assam state where a controversial citizenship register sparked uproar from the almost two million people excluded.

The register, feared to be a cover for the ruling Bharatiya Janata Party to expel Muslims, has ensnared many Muslims as well as the Hindus who are a vote bank for the party.

Senior figures in the party had shied away from commenting on the list, published on August 30 and which sparked an outcry from local BJP leaders over Hindus who were omitted.

“Shah… also added that the government will not allow a single illegal immigrant to stay back in the country,” the statement said.

Prime minister Narendra Modi’s government had backed the National Register of Citizens (NRC), saying it was aimed at weeding out “foreign infiltrators”.

Shah, Modi’s right-hand man, previously said India must act against “infiltrators who were eating the country like termites”.

During his visit, Shah was expected to be pressed by the local BJP leadership for his government to pass legislation to protect the rights of what it says are genuine citizens excluded from the list.

While there are no clear answers as to how or why individuals have been included or excluded, bureaucratic bungling amid the mountains of paperwork appears to be one factor.

Assam, a poor and isolated state of 33 million, is largely surrounded by Bangladesh and has long seen influxes of migrants.

But under the NRC, only those who can demonstrate they or their forebears were in India before 1971 can be included in the list.

Shah did not make further comments about the NRC. Those left off the register have 120 days to appeal at Foreigners Tribunals, and if they fail, they can appeal that decision through the courts.

The national government has stressed that those omitted will not become stateless.

Touching on New Delhi’s contentious move on August 5 to strip autonomy status from the part of Muslim-majority Kashmir it controls, Shah stressed his government would not revoke another constitutional clause for several states — most in the northeast.

The Article 371 clause, which also covers Assam, is aimed at preserving the local culture of those states.

“I have clarified in parliament that this is not going to happen and I am saying it again today in Assam,” he said.

Opposition politicians had questioned Modi’s government on whether those special rights would also be scrapped after the Kashmir move.

Under its previous autonomy, Kashmiris enjoyed special privileges such as the sole right to own land or take government jobs and university scholarships.

New Delhi has yet to lift a strict lockdown in the restive valley imposed just ahead of the decision to prevent any outbreaks of unrest.