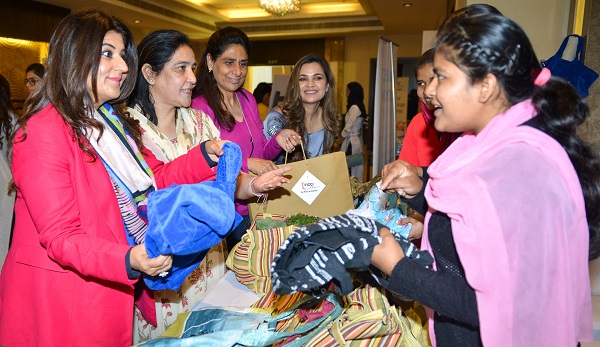 Despite challenges, the economic outlook looks positive for the second term of the Modi-led BJP government, with GDP growth forecast to average around seven per cent per year over the 2019-2023 period (Photo: NARINDER NANU/AFP/Getty Images).
Follow Us

STELLER performance of prime minister Narendra Modi’s BJP with another large parliamentary majority will see the continuity of macroeconomic policy in the next five years but the key economic challenge now is to continue reforms, brokerages and economists said Thursday (23).

The BJP still does not have a majority in the Upper House of Parliament, the Rajya Sabha, and this will pose hurdles to the party’s legislative reform agenda, IHS Markit said in a note on election verdict.

Despite challenges, the economic outlook looks positive for the second term of the Modi-led BJP government, with GDP growth forecast to average around seven per cent per year over the 2019-2023 period.

“India is forecast to become the world’s fifth-largest economy in 2019, reaching a total GDP size exceeding $3 trillion, and overtaking its former colonial ruler, the United Kingdom. By 2025, Indian GDP is also forecast to surpass Japan, which will make India the second-largest economy in the Asia-Pacific region,” it said.

Arun Singh, chief economist at Dun and Bradstreet, said the new government at the centre will have to face the challenges that are inhibiting the current growth momentum and brace the economy from unavoidable external challenges.

“Uplifting the domestic demand and resolving the issues in the strategic sectors like aviation, power and banking and non-banking financial companies becomes imperative as risks from slowing global economic activity and trade can be difficult to circumvent,” he said.

The demand slowdown is becoming broad-based with softer momentum in growth visible in some of the high-frequency indicators of rural and urban consumption.

New investment from the private sector has not picked up and the fiscal constraints limit government spending.

With both demand and investment slowing, the government might have to re-evaluate the implementation of its policy agenda and adjust its policy priorities to accelerate growth in the near term, he added.

Stating that it does not forecast more significant monetary easing after elections, it predicted substantial liquidity injections to take place in the near term.

“Moreover, we do not expect further loosening, nor serious consolidation of fiscal policy,” it said.

Currently, the BJP and its allies have 102 seats in the Upper House and would need an additional 21 seats to gain a majority.

Yes Bank chief economist Shubhada Rao said the government should use this political opportunity to drive ahead its agenda of incremental privatisation and reforms in the public sector banking space that will not only help meet fiscal targets but also promote efficiency in PSBs.

Also, GST needs to get more expansive and include real estate, fuel products, tobacco, and liquor items while Make in India should be aligned with a revamped Foreign Trade Policy to capture export market share amid ongoing dislocations in production base on the back of geopolitical uncertainty like trade wars and Brexit, Rao said.

Also, the government needs to maintain a strict eye on fiscal rectitude. A two-year pause in the path of fiscal consolidation owing to the GST implementation will no longer qualify as an alibi.

The upcoming Budget 2019-20 (likely to be presented in the next few weeks) by the new government should make an attempt to reinforce fiscal credibility and strongly reiterate its objective of sticking to the revised FRBM road map, Rao said.

“Key economic challenges in the Modi’s second term of office will be to continue to drive reforms in the public sector banks (PSBs) and reduce the burden of non-performing loans on their balance sheets, as well as to drive the transformation of India’s industrial sector through ‘Make in India’ strategy.

Stating that another clear majority will provide continuity of macroeconomic policy over the next five years, IHS said the large parliamentary majority secured by the BJP has avoided the key risk of a weak and fragmented coalition government governing the nation, which could have undermined momentum for further economic reforms.

“India has faced its fair share of economic challenges during PM Modi’s first term of office, including bad debt problems of the public sector banks as well as turbulence during the demonetisation episode. However, overall, the BJP has provided a steady hand at the helm of the government, delivering five consecutive years of economic stability, with strong growth and moderate inflation,” it said.

Foreign direct investment inflows into India have surged under the Modi government, providing an important positive boost to the Indian external account position as well as helping to create a more dynamic industrial economy.