LAST week among the continued parliamentary battle over Brexit and during Boris Johnson’s  first Prime Minister’s Questions, he was accused of being racist.

This accusation was made by Tanmanjeet Singh Dhesi, the Labour MP for Slough. First, let
me state I know Tanmanjeet. There are not that many turban wearing Sikhs who have
been involved in front-line politics in the UK, and as the first in the modern era to sit in the
House of Commons I am extremely proud of his achievement and the representation he
brings being a Sikh.

Both as a friend and boss, when he asked me to join his team and lead on transport, and then the environment and digital briefs at City Hall when he became mayor of London. I spent four years working with him.

He is a unique man and politician. He listens, he engages, he meets people and, yes, he can be entertaining because he has a huge personality, but that also enables him to deliver when others can’t and find ways to solve problems others shy away from with good
humour and intellect.

There are plenty who will applaud Dhesi’s gallant defence of Muslim women, and his impassioned calling out of what he sees as racism with his attack on the prime minister, but did Dhesi, and many others, read the said article in full? A piece that actually served to say we should not be like other European countries – for example Denmark – that seek to curtail religious expression by banning the wearing of religious artefacts.

In fact, Boris was both supporting and championing the right of Muslim women to wear the
burka if they so choose. You may not agree with how he said it, but his words made the case for religious freedom. It is a travesty that Dhesi sought to utilise only a fragment of his argument to invert the message of his article.

But the point that is of further concern is as turban-wearing Sikhs – I and I’m sure Dhesi – are equally aware of our responsibilities and how our words can stir up hostility and tension. We live in a country that enables us to have the freedom to wear our turbans, to practise our religion with our rights protected and with a modern-day society becoming increasing tolerant to personal beliefs of every kind.

Yes, we have over the years, and many like us including family and friends, faced the spectrum of derogatory comments and downright racist behaviour because of our religion
and certainly because we choose to visibly display our beliefs, but to align all of this ugly
hostility to an article written in support of religious expression was I felt misguided.

Additionally, if Dhesi wanted to call out this type of persecution of a religious community
and the damage it can cause, he could have used his impassioned question to also ask his
own leader why anti-Semitism has become a festering sore for Labour under Jeremy Corbyn’s leadership?

However, my reasoning is not about who cast the first stone, rather I agree that our parliamentarians are meant to call out and set high standards in public life.

By calling someone racist for defending religious freedom only seeks to at best to confuse the public and at worse incited them through misrepresentation. Some may not like the manner in how a view is expressed, but positioning it as racism when it quite clearly is not means we seek to stir up tension and division rather than engender respect, unity and
peacefully resolve. 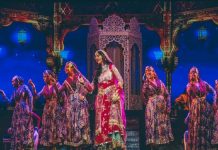 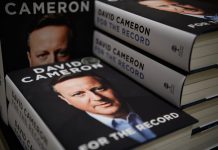 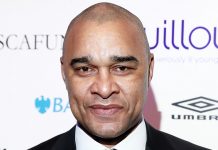