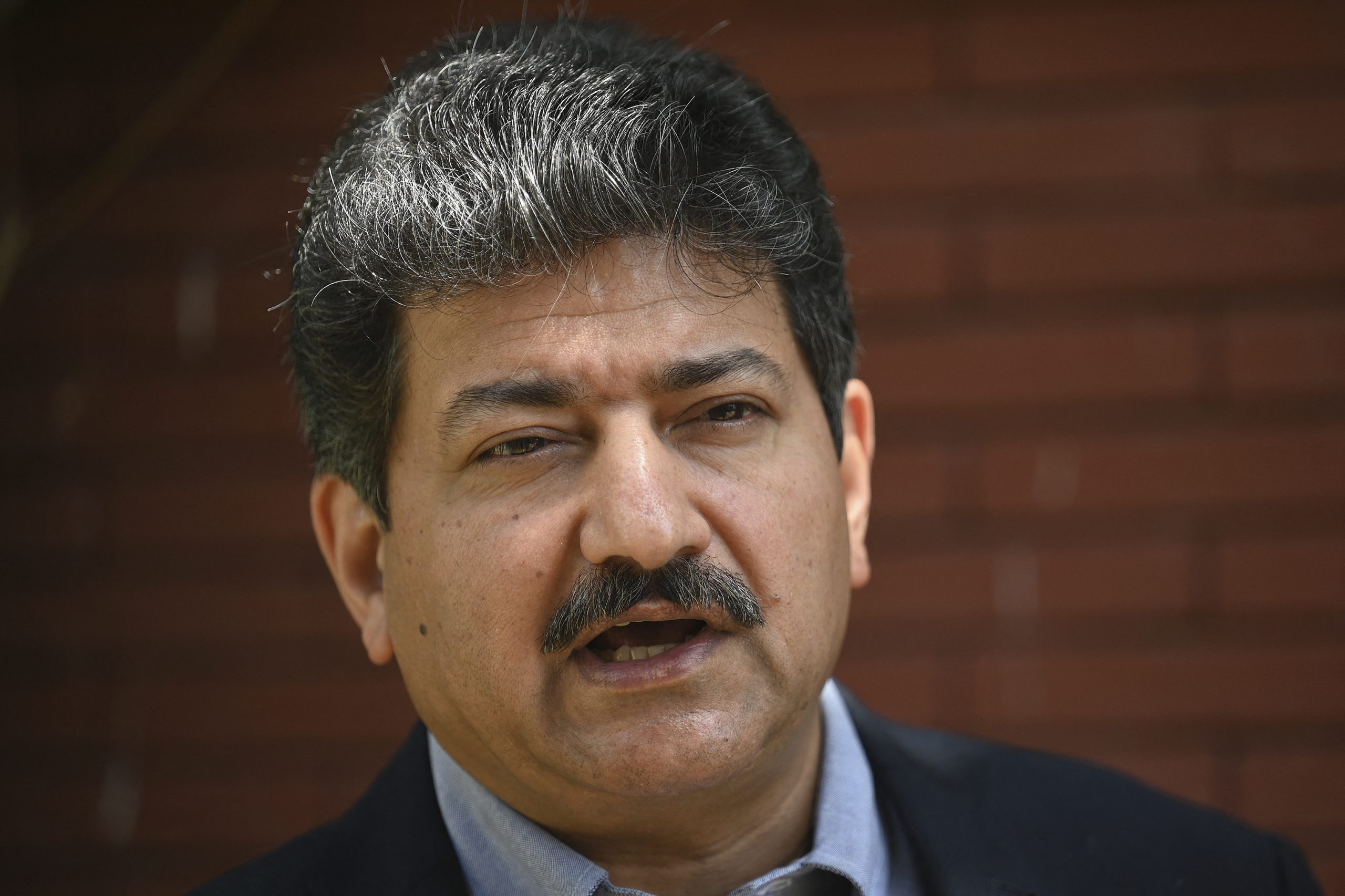 A PROMINENT Pakistani political TV talk-show host, Hamid Mir, was suspended from his regular programme on Monday (31), his media group Geo News network said, following comments he made last week against the powerful military for its role in media censorship.

A spokesman for Geo did not specify if Mir’s absence was permanent, but his show was hosted by a stand-in anchor on Monday.

A Geo News TV spokesman said Mir wouldn’t be hosting his show “for now” starting Monday. Several of the group’s officials, speaking on condition of anonymity, said the channel was under intense pressure from the military to terminate Mir since his latest criticism.

The military didn’t respond to a request for comment.

“I was banned twice in the past. Lost jobs twice. Survived assassination attempts but cannot stop raising voice for the rights given in the constitution,” said Mir, who hosts one of the country’s highest-rated political talk shows on Geo News, part of the country’s largest media group. “Nothing new for me.”

Over the weekend, Mir criticised the military during a protest rally that was held against last week’s assault on a former TV news producer, Asad Ali Toor, who produces video blogs on his YouTube channel, often questioning the army’s role in politics.

Toor told police he was tortured by three gunmen who broke into his apartment, and that one of them introduced himself as an official from the Inter Services Intelligence (ISI) spy agency.

The ISI “completely disassociated” itself from the incident, the information ministry said.

Toor is the second dissident to be attacked in recent months after a former senior journalist Absar Alam survived a bullet wound by an unidentified gunman in the capital Islamabad, and yet another journalist, Matiullah Jan, was abducted by unknown gunmen in police uniforms last year.

Critics say the crackdown is part of a campaign to coerce prime minister Imran Khan’s opposition and silence critical voices in the media to prop him up as the military’s protege.

Both the military and Khan deny the accusation.

Mir survived an attempt to kill him after he was shot multiple times and was wounded critically in 2014.

“This time I’m ready for any consequences and ready to go at any extent because they are threatening my family,” Mir said on Twitter.

Since a crackdown in 2018, around 3,000 media personnel have lost their jobs in Pakistan, say local journalists’ unions.

The country is ranked among the five deadliest places for journalists to work by Reporters Without Borders.

Committee to Protect Journalists (CPJ)’s Asia programme coordinator Steven Butler said, “Forcing a popular news talk show host like Hamid Mir off the air after voicing criticism of Pakistan’s military, and support for a fellow journalist, only underscores the lack of true press freedom in Pakistan.”

IPI-The global network for press freedom said such an act is the latest sign of decline in press freedom in Pakistan. It tweeted, “IPI is disturbed by reports that @HamidMirPAK was taken off air in #Pakistan following govt pressure.  Especially outrageous that this move was in reaction to his comments made at a protest defending free expression.”

“Censorship, harassment, and physical violence must not be the price journalists pay to do their jobs,” said Amnesty International.

“The punitive action of taking Hamid Mir off the air following a speech at a protest calling for accountability for an attack on Toor, severely undermines the responsibility media outlets and authorities have to protect free speech in an already repressive environment.”

The Human Rights Commission of Pakistan has strongly condemned the decision to take journalist Hamid Mir off the air three days after he spoke fervidly against the escalation in curbs on freedom of expression in the country.

The commission said, “Mir was right to voice his concern about the safety of his peers and colleagues, following the vicious attack on reporter Asad Ali Toor. That Mir has been promptly silenced and his family allegedly threatened is now a tipping point for press freedom- and one that will not be resolved through the optics of law-making in the shape of the long-touted and heavily criticised journalists’ protection bill. We demand that Mir be allowed to resume his professional duties immediately and the threats against him taken seriously and addressed.”