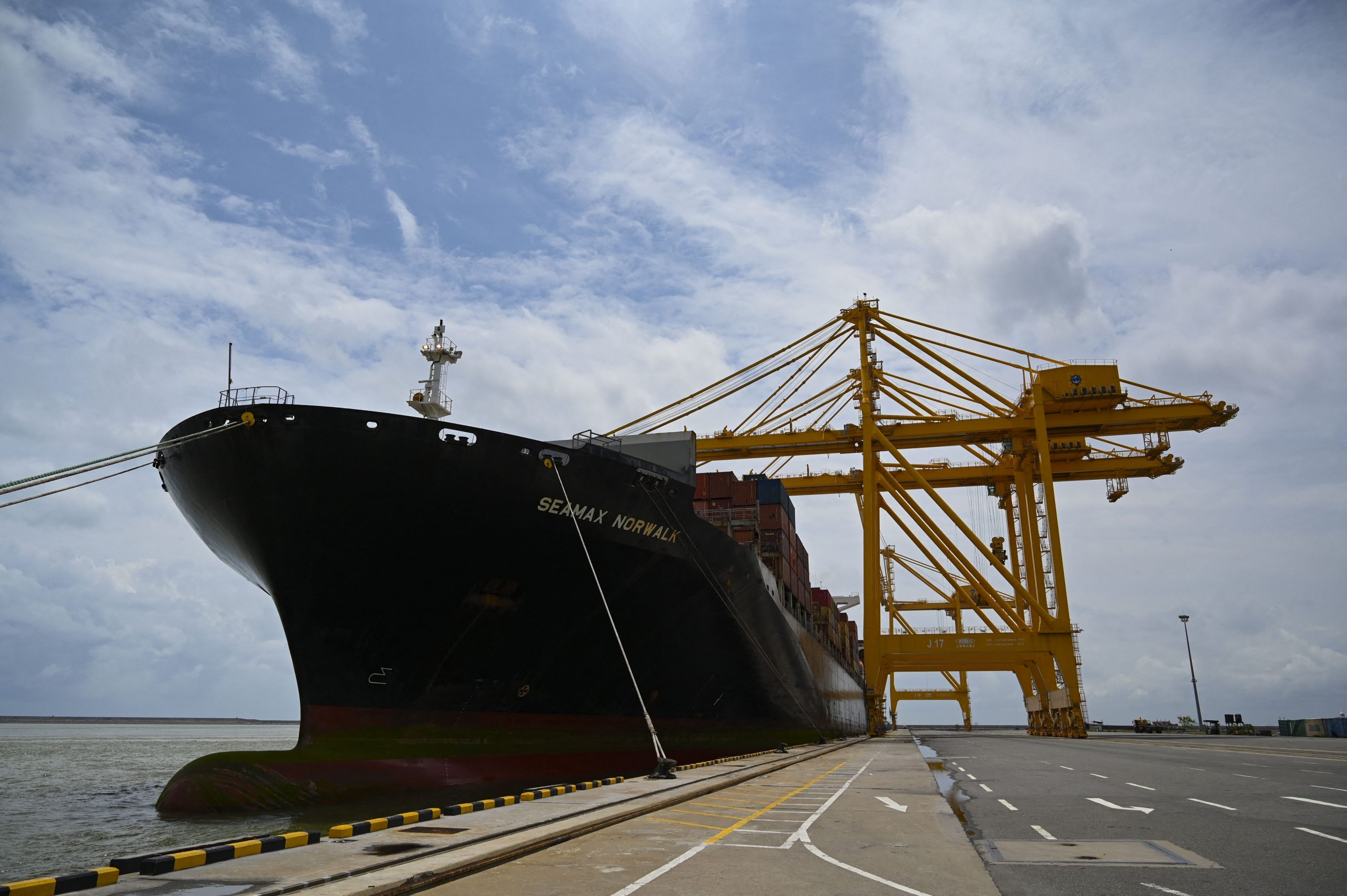 A container vessel is being offloaded at the East Terminal of the Colombo harbour on June 4, 2021. (Photo by Ishara S. KODIKARA / AFP)

An Indian company entered into a $700 million deal Thursday (30) to build a strategic deep-sea container terminal in Sri Lanka, officials said, in a move seen as countering China’s rising influence in the region.

The Sri Lanka Ports Authority (SLPA) said it signed an agreement with India’s Adani Group to build a brand-new terminal next to a $500-million Chinese-run jetty at the sprawling port in the capital Colombo.

“The agreement worth more than $700 million is the largest foreign investment ever in the port sector of Sri Lanka,” the SLPA said in a statement.

It said Adani will enter into a partnership with a local conglomerate, John Keells, and the Sri Lankan government-owned SLPA as a minority partner.

John Keells said it will have 34 per cent of the company while Adani will have a 51 percent controlling stake in the joint venture known as the Colombo West International Terminal.

The new container jetty will be 1.4 kilometres in length, with a depth of 20 metres and an annual capacity to handle 3.2 million containers.

The first phase of the project with a 600-metre terminal is due to be completed within two years, the company said. The terminal will revert to Sri Lanka ownership after 35 years of operation.

Plans to allow India into the strategic Colombo port goes back several years, but they were scuttled in February when trade unions linked to the ruling coalition opposed giving New Delhi a partially built terminal within the port.

Colombo is located in the Indian Ocean between the major hubs of Dubai and Singapore, meaning influence at its ports is highly sought after.

Two Chinese submarines berthed at the CICT in 2014, sparking concerns in India which considers neighbour Sri Lanka to be within its sphere of influence.

Since then, Sri Lanka has refused permission for more Chinese submarines to be stationed there.

The deal, which gave the Chinese company a 99-year lease, raised fears about Beijing’s use of “debt traps” in exerting its influence abroad.

India and the United States have also expressed concerns that a Chinese foothold at Hambantota could give Beijing a military advantage in the Indian Ocean.