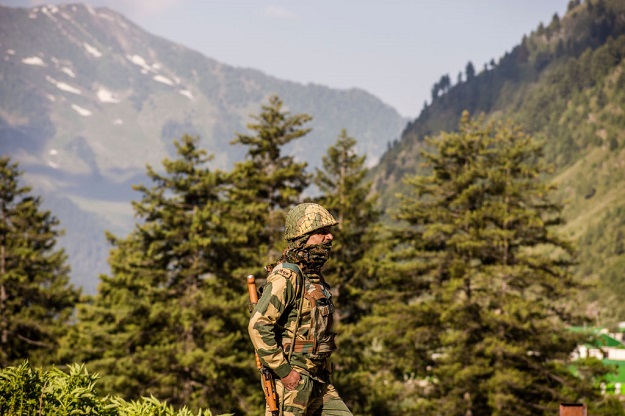 By Professor Rana Mitter
Professor of history and politics of modern China,
University of Oxford

WE STILL have very sketchy information about the con­frontation between Indian and Chinese troops in the Galwan Valley last week, but the reports of hand-to-hand fighting on the icy slopes are horrific.

In recent days, foreign ministers in New Delhi and Bei­jing have been at pains to dampen down the threat of a confrontation between the two nations. But the low hum of conflict, there ever since the war of 1962, has not disap­peared, nor is it likely to do so.

The border conflict between China and India has be­come part of a complex relationship between the two most populous Asian states. Interaction between the two was minimal during the Cold War, but there is now significant trade between them, balanced very much in China’s favour. High value-added products such as electronics go westward, with textiles and other products coming the other way.

China’s president Xi Jinping and Indian prime minister Narendra Modi have visited each other’s countries and there is clearly interest in technological and trade coopera­tion between the two sides, neither of which want to be dominated by the west. Yet the relationship between the two nations, and their leaders, is still framed very much with security as the first priority.

Indian strategists tend to see China as the major threat to their country, some way below Pakistan, but still deeply worrying. China does not regard India as an existential threat as it does the United States, but it is concerned to make sure that its western flanks are not vulnerable. Over­all, Beijing has tried to keep the border with India as a problem that it can manage, rather than resolve. The dec­ades of uneasy engagement on the border since the 1960s have been a geopolitical constant.

The Chinese and Indian governments have both been quick to dampen down the possibility of the Galwan con­frontation turning into a more serious conflict. It is unsur­prising that Beijing would not choose to push the issue further, as it has more than enough on its plate at the mo­ment. The Covid-19 pandemic has hit China hard. Its economy seems to be running at about 80 per cent of its normal capacity, and there is an increasing sense that the government isn’t quite sure what to try – pumping more credit into the economy risks inflating China’s debt prob­lem, but not doing so might lead to rocketing levels of blue-collar unemployment.

To make it worse, the last few days have seen the virus re-emerge in Beijing, meaning that the slow reopening of the city has been put on hold.

All of this has affected Beijing’s foreign policy, which has become more shrill and confrontational in the past few months. China’s attempts to improve its image in the world have been very uneven in tone, varying from a promise to distribute a vaccine free of charge to the world (if China invents it, which has not yet happened), to much more ag­gressive pushback against other states. Australia’s call for an independent enquiry into the origins of the virus saw China immediately impose tariffs on Australian barley.

Overall, Covid has done a great deal to damage China’s image as an international actor.

Indian policy has also suffered from Beijing’s shift to short-term domestic popularity and away from geostrategic thinking. Over the past few months, India has been consid­ering adopting Huawei technology for its 5G network, but this would be a major and high-stakes strategic choice.

Huawei would certainly be the cheapest and easiest way to gain reliable 5G capacity that could transform India’s economy. But it would also mean dependency on Chinese technology for a generation.

If Beijing had been strategic, they would have taken care to make sure that above all, there was no confrontation with India while that crucial decision was being made. Instead, the clash between the two sides alerts minds in India to the problems of engagement with China at the least convenient time. It was already a close call as to whether Huawei would get the go-ahead; this makes it even more of a risky call for Indian politicians.

Beijing will need to recalibrate its tone and actions to stabilise its strategy of creating an economic and strategic ecology friendly to its interests in the Asia-Pacific. India may also undertake moves that could change the dynamic between them. For the past few years, there has been inter­est in the idea of the Quad that would bring together India, Japan, Australia and the US in defence cooperation. The idea has been more rhetoric than reality so far. But a sense that Chinese diplomacy may be moving into a more asser­tive phase could reorient minds in the region. If that were to happen, then Beijing would no doubt rethink the signifi­cance of the western border as a back door into China.

Watch the Himalayas – they will not be peaceful just yet.

Professor Rana Mitter is director of the China Centre and professor of history and politics of modern China, Univer­sity of Oxford. His new book is China’s Good War: How World War II is Shaping a New Nationalism (Harvard UP, 2020). He won Eastern Eye’s ACTA (Arts Culture Theatre Awards) in 2019 as Best Presenter for Chinese Characters on BBC Radio 4.