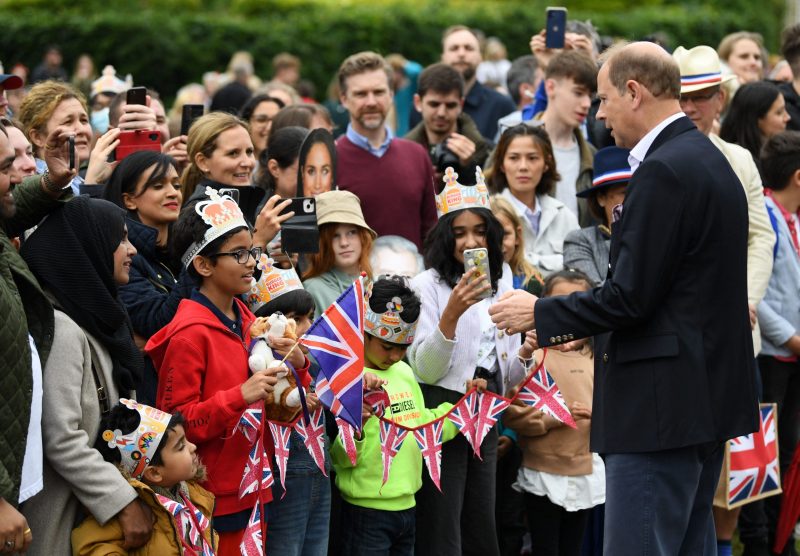 OFFERING CONTEXT: Increasing diversity at all levels within British institutions will help to build positive connections between people from different backgrounds, research has found (Photo by DANIEL LEAL/POOL/AFP via Getty Images)
Follow Us

NEW research from the Beyond Us and Them project demonstrates just how much more work is required to ensure equality of treatment and inclusion for minority groups in society.

Our most recent paper, due to be published next Monday (11), Discrimination, Prejudice and Cohesion – Intergroup relations among black, Muslim and white people in Britain in the context of Covid-19 and beyond examines survey and qualitative evidence on unity and division between different groups in society.

The paper contains some striking findings. In a single month between May and June 2021, a significantly large majority of the black (81 per cent) and Muslim (73 per cent) respondents felt discriminated against at least once, and this was most acute for those who were young and female.

Cohesion is a social glue that enables people to act together, so their sense of cohesion within their communities is an important buffer against adversity, helping to promote resilience.

But another aspect of cohesion is prejudice. According to social psychology models, a contented and positive society would be characterised by ‘harmonious cohesion’ – strong ties within groups, but also low levels of prejudice between groups. Yet groups and places with strong internal ties may well have high levels of prejudice against others too – a situation of ‘rivalrous cohesion’ where people cooperate and work well with their own in-group, but are competitive and hostile towards other communities or out-groups.

In June 2021, we observed that 64 per cent of respondents thought the UK was becoming more divided, and only 16 per cent believed it was becoming more united. Our focus groups identified economic and racial inequalities, north versus south tensions, and divergence between England and the devolved nations, as key factors influencing division. These findings show that, in various ways, the nation as a whole is characterised by rivalrous rather than harmonious cohesion.

During the pandemic, pre-existing inequalities between socio-economic groups and regions became more apparent, and in many cases, were exacerbated. These inequalities placed some groups and minority ethnic communities at much greater health and economic risk from Covid-19 than others. Prejudice and discrimination add to those risks, at cost both to individuals, but also to social cohesion as a whole.

However, as recent debates have shown, it is complex to achieve consensus about the measures required to address discrimination and prejudice. Our findings on perceptions indicate why that might be so. We found that although white people generally perceive ethnic and racial discrimination to be serious, they do so less than black or Muslim people do. Similarly, men perceive discrimination based on gender to be less serious than women do.

Revealing and understanding these gaps in perception provides important context for current public debates, including so-called ‘culture wars’, which often reflect the consequences of lacking shared perspectives. Our evidence highlights the need to listen to those with lived experiences of discrimination, and for the cumulative effect of discrimination for some groups and communities to be addressed.

And there is cause for optimism. On average, people express warmth rather than coldness towards most other groups, suggesting there is a foundation of positive public attitudes and goodwill. We also know that rich and positive interactions between members of different groups – intergroup contact – can be one of the most powerful ways of breaking down stereotypes, reducing prejudice and helping us to understand the experiences and perceptions of others.

However, contact alone is not sufficient. We found that black and Muslim people are less likely than white people to experience intergroup contact positively.  Therefore, the context and meaning of those interactions is crucial – we found that positive intergroup attitudes are associated 10 times more strongly with having contact of good quality (positive and meaningful) than with having a larger quantity of contact.

High-quality contact does not necessarily ‘just happen’. Even before the pandemic, research showed that large numbers of people in Britain were relatively segregated by ethnicity, socio-economic position or educational background from others, and the pandemic is likely to have exacerbated the lack of contact. Increasing diversity at all levels within our institutions will help to build positive connections between people from different backgrounds, and foster an inclusive sense of identity and belonging. But we need to do much more.

If we are to build a more cohesive society, we need to consider more carefully how we create the conditions for different groups to mix with confidence and ease. And we urgently need to tackle the underlying drivers of poor cohesion such as structural inequalities and discrimination if we are to build a society where all groups feel a sense of greater belonging and shared purpose.

You can find out more at an online event next Monday (11) which features Professor Dominic Abrams sharing the report with responses from Dr Keon West (reader in social psychology at Goldsmiths and director of Equalab), Nizam Uddin (Belong trustee and chief strategy officer of Algbra), and Janaki Mahadevan (social integration manager at the Greater London Authority).

The Beyond Us and Them research project, funded by the Nuffield Foundation and conducted by Belong – The Cohesion and Integration Network in partnership with the University of Kent, has been conducting a series of national and sub-national surveys examining perceptions and experiences of social cohesion across Britain between May 2020 up until July 2021.