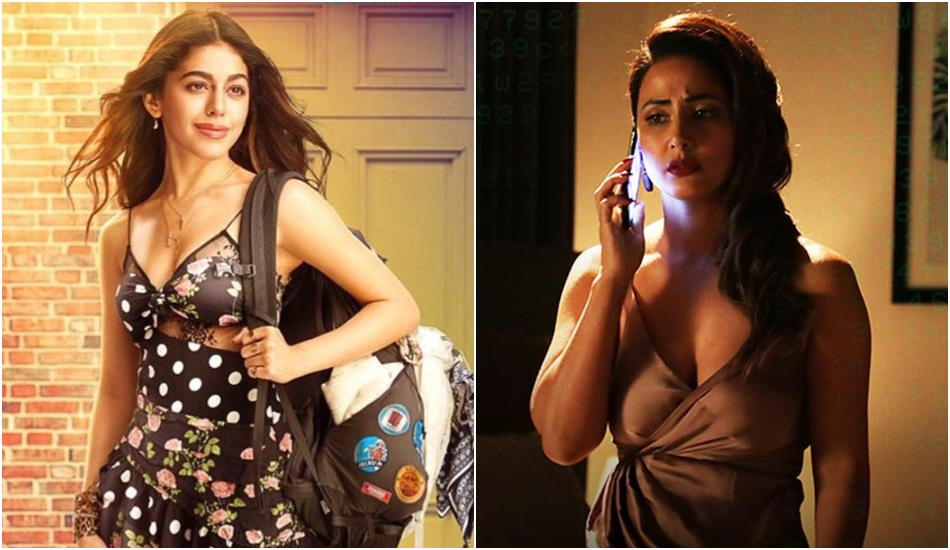 Every year we get to see many new faces in Bollywood, and 2020 was not an exception. Many actors and actresses made their Bollywood debut this year, and even if their films didn’t get a big-screen release, they were in the limelight because of their OTT release.

So, today, let’s look at the list of debutants who grabbed our attention in 2020…

Rukshar Dhillon made her Bollywood debut this year with Bhangra Paa Le. The film got a mixed response from the critics and didn’t do great business at the box office. But Rukshar surely impressed everyone with her performance in the film.

Kabir Bedi’s granddaughter and Pooja Bedi’s daughter, Alaya F made her Bollywood debut this year with Jawaani Jaaneman. Well, she proved that acting is in her blood and gave a confident performance in the movie.

Hina Khan has been ruling the small screen for the past many years, and this year she made her Bollywood debut with Vikram Bhatt’s Hacked. The film got a mixed response, but Hina’s performance was appreciated by one and all.

After a gap of 13 years, Vidhu Vinod Chopra made his directorial comeback with the film Shikara. The movie was about Kashmiri Pandits who had to leave their houses in Kashmir and stay as refugees in Jammu. The filmmaker decided to cast two newcomers for the movie Aadil Khan and Sadia Khateeb, and both the actors left a mark with their performance in the film.

Pavail Gulati had featured in web series like Made In Heaven and Ghost Stories, but he made his Bollywood debut with Anubhav Sinha’s Thappad. Though the actor played a grey character in the film, he impressed one and all with his act.

Akansha Ranjan Kapoor made her debut with Netflix’s original film Guilty. The movie had become the talk of the town when it had started streaming on the OTT platform in March. Akansha was damn good in the film and stole the show with her performance.

After working in many Malayalam films, Roshan Mathew made his Hindi film debut this year with Anurag Kashyap’s Choked. The movie released on Netflix and received a good response. Mathew with his performance left a mark.

You might have seen Sanjana Sanghi in a few films earlier in which she had cameos, but she made her debut as a lead in this year’s much-talked film, Dil Bechara. Sanjana proved her mettle as an actor and gave a fantastic performance in the movie.

Just like Roshan Mathew, Pearle Maaney has also featured in many Malayalam films, and this year made her Hindi debut with Anurag Basu’s Ludo. The movie was supposed to hit the big screens, but due to the pandemic, it was released on Netflix. Maaney’s performance was surely one of the highlights of the film.