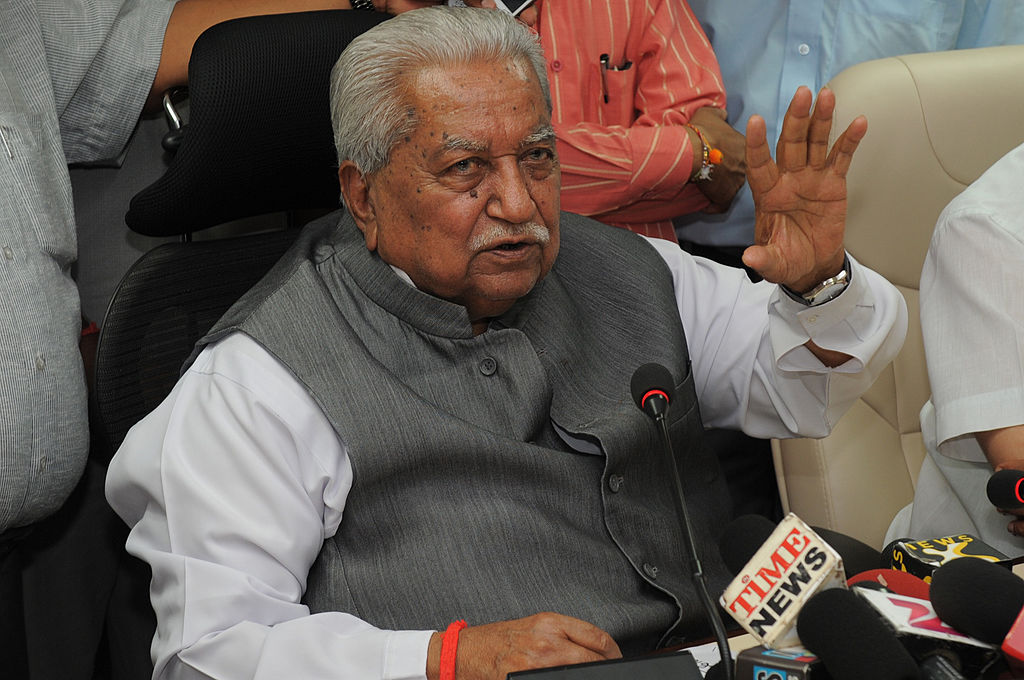 Hospital authorities said Patel died due to cardiac arrest. He was rushed to the hospital after his pulse and oxygen level dropped on Thursday morning, his son Bharat Patel said.

“He recently recovered from coronavirus, but his health kept deteriorating,” he added.

Patel, who built the ruling BJP in Gujarat from scratch, was the state chief minister in 1995 and again during 1998-2001.

He was a mentor to current prime minister Narendra Modi and often called the “grand old man” of the BJP in Gujarat.

With the demise of Keshubhai Patel, former Gujarat chief minister, the nation has lost a stalwart leader. His long public life was dedicated to improving the lives of millions, especially in villages. As champion of farmers’ causes, he enjoyed extraordinary rapport with masses.

Modi remembered Patel through a series of tweets and shared some old photographs showing him with the BJP veteran.

“Our beloved and respected Keshubhai has passed away. I am deeply pained and saddened. He was an outstanding leader who cared for every section of society. His life was devoted towards the progress of Gujarat and the empowerment of every Gujarati,” Modi tweeted.

Keshubhai mentored and groomed many younger Karyakartas including me. Everyone loved his affable nature. His demise is an irreparable loss. We are all grieving today. My thoughts are with his family and well-wishers. Spoke to his son Bharat and expressed condolences. Om Shanti. pic.twitter.com/p9HF3D5b7y

The ruling BJP has postponed all its by-poll related programmes, including public rallies, following Patels death.

Gujarat chief minister Vijay Rupani cut short a poll rally at Ghadhada and visited Keshubhais residence in Gandhinagar, where the body was kept, to pay tributes.

“Being a farmer himself, he worked for their welfare. We passed a resolution in the state cabinet meeting to express grief over this loss,” Rupani told reporters.

Born in Visavadar in 1928, Patel joined the Rashtriya Swayamsevak Sangh (RSS) in 1945.

He started his political career as a worker for the Jan Sangh. was one of the leaders who later helped establish the Bharatiya Janta Party (BJP) after the Emergency.

Patel was also the chairman of the Shree Somnath Trust, which manages the famous Somnath temple in Saurashtra region.

He resisted the Emergency and was also jailed for some time during that period. In 1977, he was elected as the member of Parliament from Rajkot constituency.

However, he later resigned as MP to join the then Gujarat coalition government as a minister. In 1995, the BJP won majority for the first time in Gujarat and Patel became the chief minister.

But, his tenure lasted only for a few months as Shankarsinh Vaghela, another party leader then, led a rebellion to become the CM.

In 1998, the BJP again won under Patel’s leadership and he became chief minister for the second time.

In his second tenure, Gujarat faced a devastating cyclone in June 1998 in which thousands died, severe water scarcity in 1999 and 2000 due to deficient rains, and the Kutch earthquake in 2001 which also claimed thousands of lives.