‘Finding a way to disagree without causing division’ 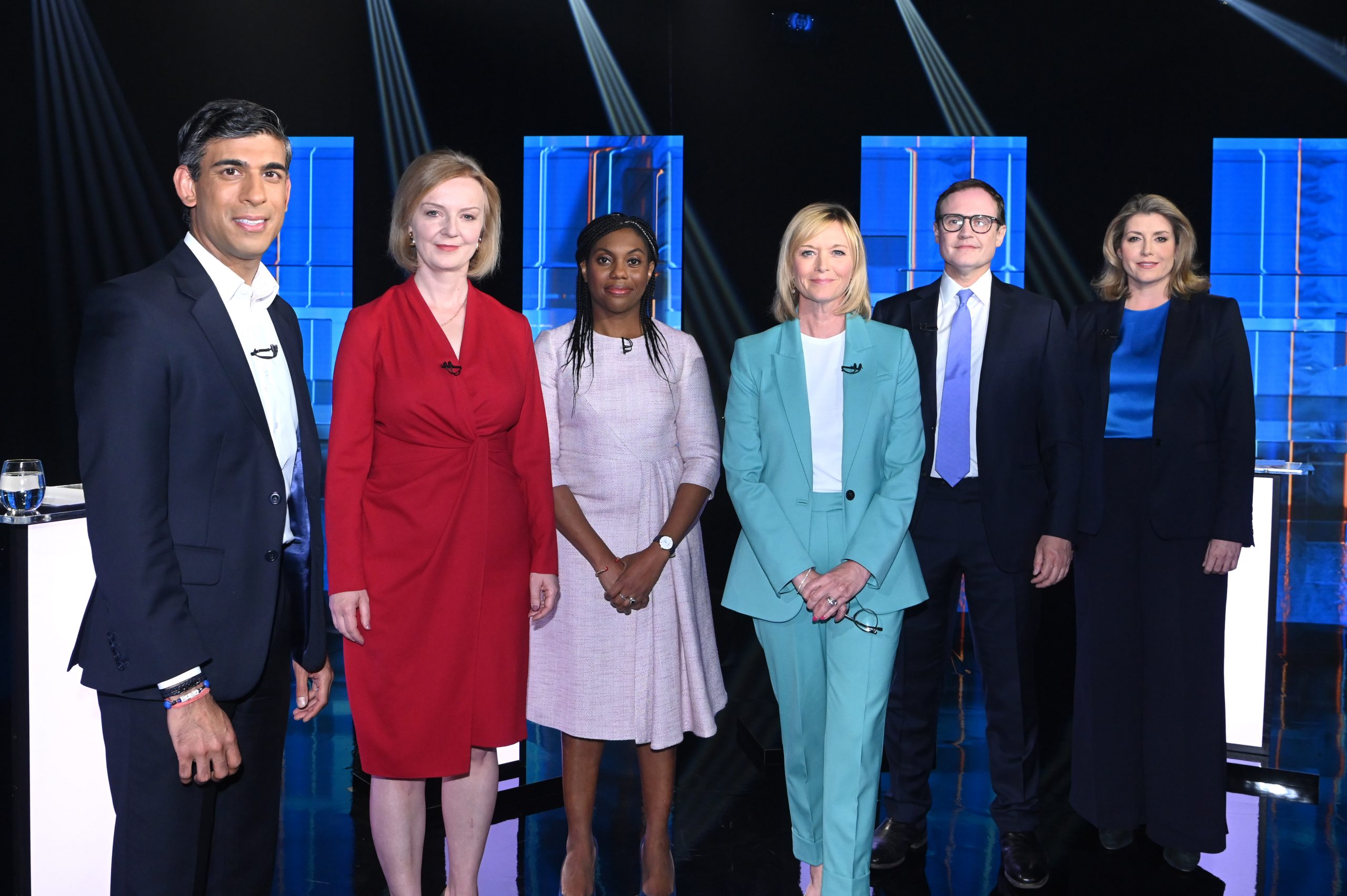 ELECTIONS divide – and the race to determine the next leader of the Conservative party is no different.

Every candidate for prime minister has reminded the Tories they will need to unite around whoever emerges as leader. But calls for a clean contest have been honoured more in the breach than the observance, as supporters of different campaigns engage in bruising briefings to try to eliminate a rival in a hard-fought battle to make the final two places.

This has been a remarkably fluid, topsy-turvy contest from day to day.

Rishi Sunak began as the front runner by topping the first two rounds of voting by MPs. Penny Mordaunt became the bookmakers’ favourite with a commanding lead in polls of party members, before the previously little-known Kemi Badenoch surged to the top of a Conservative Home member survey. Tom Tugendhat’s pitch of a clean start proved most popular with public audiences of the first TV debate, while foreign secretary Liz Truss has a path to victory if she can fight her way onto the ballot.

“We have had enough of division. Politics at its best is a unifying endeavour. And I have spent my career bringing people together,” said Sunak in his campaign launch video.

It is only 18 months since Lord Ashcroft, publishing a biography of Sunak, said the most striking thing was how he had risen so rapidly in Westminster without making any enemies. Sunak has certainly acquired some now. Those most loyal to prime minster Boris Johnson allegedly openly engaged in a “stop Sunak” revenge mission, after the former chancellor’s resignation helped to trigger an avalanche of ministerial resignations.

Sunak finds himself having become a polarising figure in the party contest, though being the Covid chancellor gives him one of the stronger public profiles. He is likely to need new allies on the right of the party for his pitch to party members.

Unity has been Mordaunt’s message too. She has pitched a teamwork model of leadership – ‘a little less about the leader and a lot more about the ship’. Yet Morduant too has come under fire from her own side. Like Sunak, Mordaunt is a 2016 Leaver who is more socially liberal than the median Tory. Former candidate Suella Braverman called her out as the ‘woke’ Conservative last weekend.

The new leader faces several daunting tasks, from restoring trust in politics to navigating the economic storm of a cost-of-living crisis in an uncertain world. A new prime minister will face calls for an early general election – and is obliged to call one within two and-a-half years.

That looming party political contest as well as arguments in Scotland over the next independence referendum mean politics will emphasise what we disagree about.

So the aspiration to unite, not divide, will be challenging.

That Britain is a more anxious and divided society than any of us would want is one thing most people can agree on. Yet the country never really had a proactive strategy for bridging the divides in our society. A new prime minister has an opportunity to propose one.

‘Levelling Up’ was declared to be the mission of the government, reflected in the rebranding of the communities and housing department. The disbanding of Michael Gove’s ministerial team during the Johnson collapse disrupted plans to develop the policy substance. New leadership will need to show how the emphasis in a party-facing contest on tax cuts and shrinking the state can be combined with commitments to narrow place-based inequalities. Opposition parties can set out how they could make levelling up happen too.

There is a common-sense public consensus on the foundations for social connection. Ensuring that everybody can speak the language; having mixed rather than segregated schools; and the availability of places where people can meet and mix were consistent themes of the recent Talk Together public engagement research conducted by British Future for the Together Coalition. The government had the green shoots of an integration strategy when Sajid Javid was communities secretary, with strikingly positive outcomes in five pilot integration areas, but plans to expand this were stalled by pandemic pressures.

A chance to revive the project comes in the enormous public appetite to take part in welcoming initiatives. The tens of thousands of Britons hosting Ukrainian refugees are just the tip of the iceberg of untapped civic energy, with millions more wanting to engage, across every nation and region. Leadership candidates have spoken about inclusive patriotism.

That can be given practical form in an agenda to encourage those who settle in Britain to become citizens, by reducing the practical hurdles and doing more to celebrate it when they do.

Many people want a stronger focus on how we disagree well. Yet those keen to fight ‘culture wars’ usually get more airtime than those who wish to defuse them. Division is part of the democratic political argument. The governing challenge is to bridge our divides too.