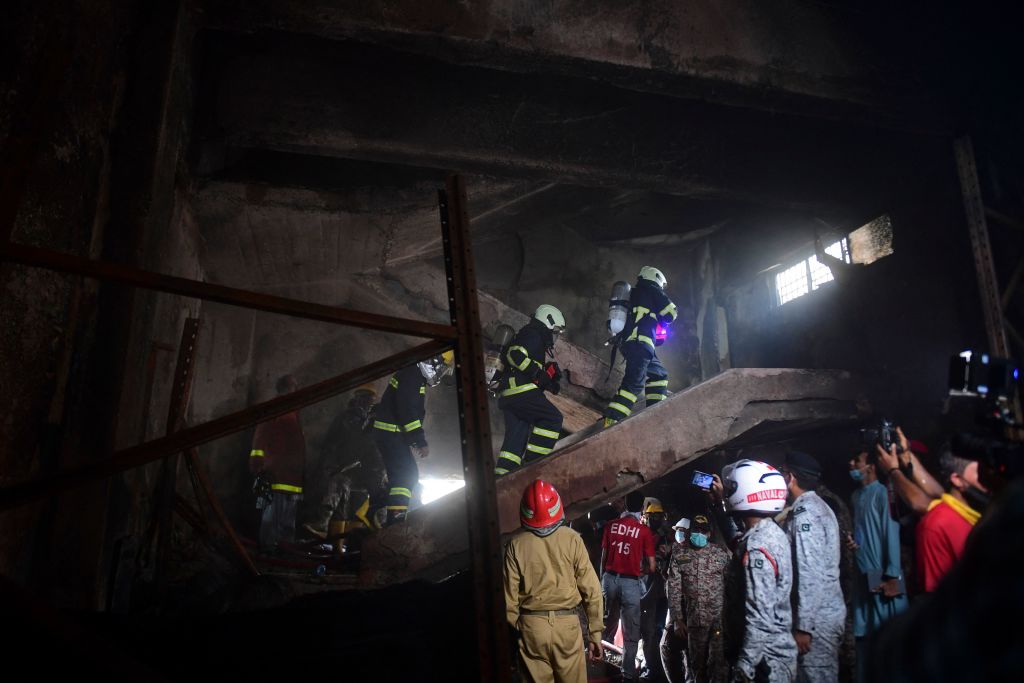 Firefighters carry out a rescue operation at the site of a factory fire in Karachi on August 27, 2021 (Photo by ASIF HASSAN/AFP via Getty Images)

AT least 16 workers died and more were missing after a fire broke out in a factory in Pakistan’s commercial capital Karachi on Friday (27), police said.

More than 25 labourers were inside the small factory in a residential area of the port city when the blaze broke out, resulting in thick smoke.

“We are trying to recover more stranded people but I fear they might not make it out,” Khan said, adding the factory had no proper fire exits.

Karachi city administrator Murtaza Wahab also said there was no safe exit for the workers.

In 2012 at least 250 labourers of a garment factory died in Baldia Town in western Karachi when a fire engulfed the facility and there was no fire escape.