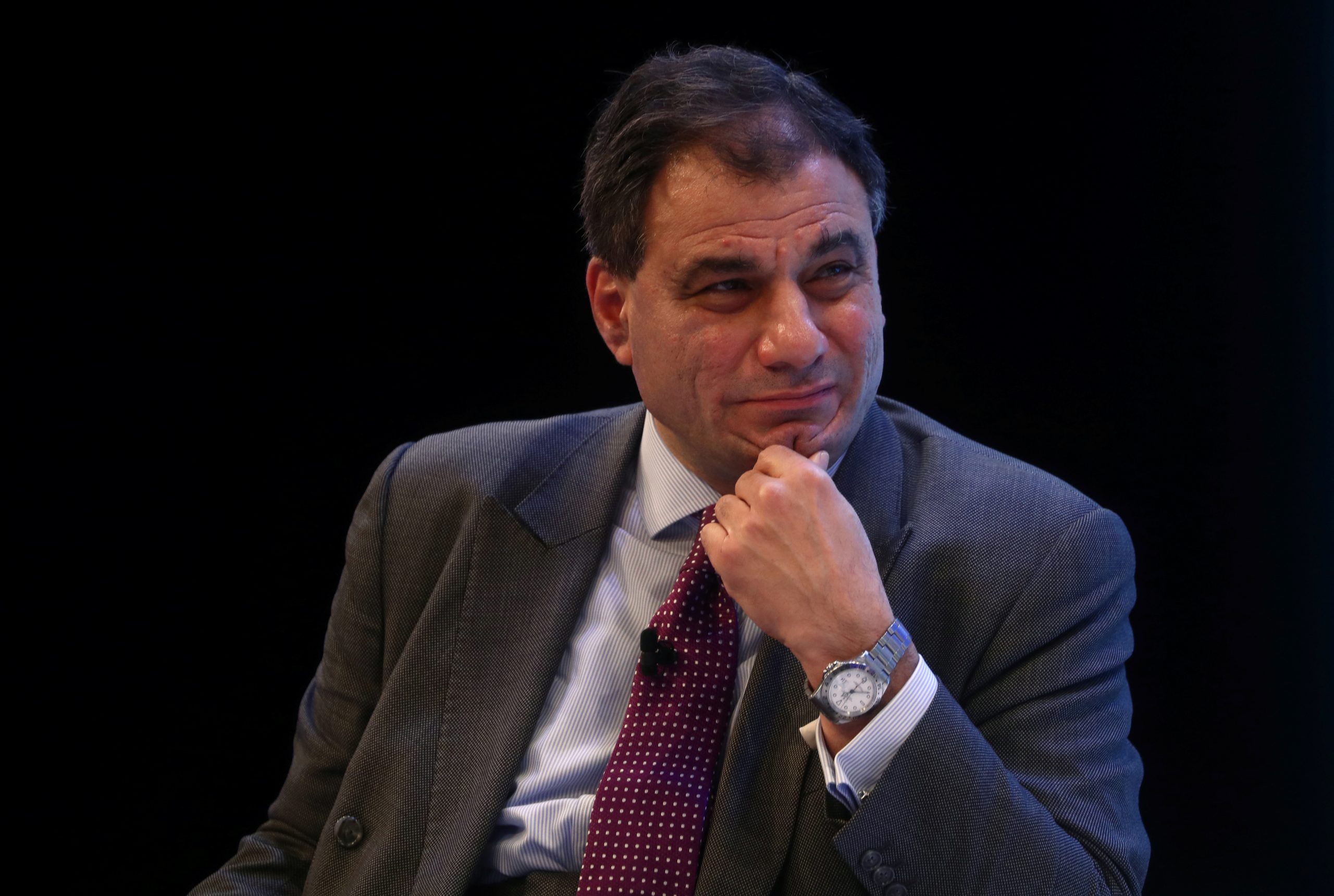 The former president of the Confederation of British Industry (CBI), Lord Karan Bilimoria, is urging Rishi Sunak to cut taxes now, and not, as he has declared, in seven years.

He has told Eastern Eye that reducing rates will not necessarily mean that inflation will rise.

Speaking in a personal capacity, the peer said the government had the ability to borrow money without harming the economy and stop businesses going bust.

“The whole attitude seems to be, well, we’ve helped you enough during the pandemic, now, we can’t help you anymore.

“They [government] have given £37 billion help to consumers, including, by the way, the windfall tax, which we at the CBI did not agree with.

“I personally do not think that is the way, and it’s only £5 billion out of the £37 billion.

“You disincentivise investment again, but there’s no help for businesses at all.

“The help, including on energy is for consumers, but not for businesses.

“Businesses get no help on energy at all, and in my business this is 25 per cent of my costs.”

Sunak told the BBC that he would cut the basic rate of income tax to 16 per cent – but not until the end of the next parliament, seven years from now.

“I don’t think embarking on a spree of excessive borrowing at a time when inflation and interest rates are already on the rise would be wise.”

Lord Bilimoria, a crossbench peer, made clear that his intervention was not personal, and that he regarded both Tory leadership candidates as friends and respected them.

But he said he “completely disagreed” with the former chancellor that he could not cut taxes now.

“They can help in two ways,” said the peer.

“One is you make sure there are incentives to invest.

“Secondly, you reduce taxes, because if you reduce taxes that takes the burden of businesses and encourages investment and gives you that bandwidth to be able to survive and grow.

“If you reduce taxes, that also helps consumers because consumers are being completely squeezed as well, because wages are not keeping up with inflation.

“The worry about the fact that it will increase inflation, I think is completely misplaced at this time, because the inflation that we’re suffering at the moment is caused by external factors such as the Ukraine war, and energy costs and fuel prices.”

Lord Bilimoria said economists have told the government it can spend money now without causing harm to the country.

In March, after the former chancellor’s spring budget, the Office for Budget Responsibility (OBR) said the government had about £30 billion pounds “financial headroom”.

This is when businesses need to spend upfront to deal with, say, an unexpected order before they get paid by the customer.

They will use their savings, reserves or ask the bank for more money, so they can complete the job knowing they would repay or reinvest or replenish their funds once they get their money.

Several businesses, parliamentarians, and political operatives, who did not want to speak on the record, said Sunak’s strategy was wrong.

They have told this newspaper that the government can borrow money, cut taxes, pump cash into the economy easing the pressure on entrepreneurs and consumers during this cost-of-living crisis.

Taking that risk would reap dividends, they said.

Lord Bilimoria, the founder and chair of global brand Cobra Beers, said while inflation for consumers may be above nine per cent, for his company it was running at 25 per cent which he could not pass on to customers.

He said the government could borrow against the UK’s GDP – gross domestic product or how much the UK earns.

“Our borrowing is far lower as a percentage of GDP than many other countries, including the United States of America.

“At the end of the second world war, our debt to GDP was 250 per cent.

“We have had the worst global crisis since the second world war, the pandemic and now exacerbated by the Ukraine war.

“We are in a situation that is an emergency crisis global situation, so if you need to borrow at a time like this, you have to do it.”

Lord Bilimoria repeated his previous messages that the government must reform business rates taxes, which is going up to 25 per cent next April (2023) and look at the apprentice levy which allows companies to invest in new talent.

He also wants the new prime minister to consider replacing the current “super deduction” tax of 130 per cent when it ends in March 2023.

“The super-deduction will allow companies to cut their tax bill by up to 25p for every £1 they invest, ensuring the UK capital allowances regime is amongst the world’s most competitive.”

But other business owners disagreed with Lord Bilimoria about cutting taxes when inflation was rampant and recession a possibility.

Lord Ranger, a Tory donor and member, said he was backing the former chancellor to get Britain back on a sound economic footing.

“The one who creates the environment where people are able to compete, work, and develop businesses and export competitively is the right candidate.

“Rishi has the sound policies, that you have to contain inflation first, and then watch it under control.

“Once the economy has recovered, it will automatically generate the money needed to pay for public services.

“But you can’t spend money when the economy is faltering.

“Unfortunately, people never look at the bigger picture. They’re only interested in what’s in it for me, short term gains not long-term losses.

“Therefore, only a pragmatic person will understand that we can’t eat our cake without baking it, in other words, we cannot consume resources until we generate them.”

So, does he agree with the former chancellor that it would be our children who will pick up the debt for borrowing billions of pounds to cut taxes?

“Rishi is 100 per cent correct, there is no such thing as a free meal because we will end up paying huge interest on the money we borrow.

“It’s only going to be a temporary fix, not a permanent solution.

“The permanent solution is that we bring inflation under control, and that the prices stop rising.

“Otherwise, we’ll be just printing money, paying money and we will just be throwing good money after bad.

“Inflation will go up.

“It’s no good borrowing money and spending it, that was the hallmark of the Labour Party.

“They will bring a feelgood factor temporarily and then leave a very big black hole in the economy for somebody else to pick up the tab.

The founder of distribution company, Sun Mark, warned that borrowing to cut taxes could lead to British goods becoming unaffordable.

“In the end, you we will know what who was right who’s wrong.

“They might not support Rishi now, but they will realise that he had the sound policies where we could contain inflation, we could create employment, and we could make British export competitive.

“If our prices go through the roof due to inflation, we’ll go back to the time where it’ll be too expensive to buy British products, let alone export them.

“So, it is a knock-on effect, and therefore, I would say that we should really sacrifice little, short-term gains for the sake of bigger and better in the future.”

Even though she wants help for businesses and her customers, the founder and owner of Darjeeling Express, Asma Khan, told Eastern Eye that Sunak had the better strategy than Liz Truss’ idea to borrow and cuts taxes out of trouble.

“This is not a viable solution, it is a knee jerk reaction and populism about cutting taxes,” she said.

“It may get you elected, but it will not solve my problem as a businessperson.

“We can see the impact of inflation on our business as well.

“The cost of everything is rising dramatically, and this is going to put off people from coming out to eat because this is one of the first things they would cut out of their list of things they do.

“You’ve got to pay for your gas and electricity and all the essentials, you wouldn’t go out to eat in a restaurant because you’ve less to spend.

“So, I think inflation is something that we definitely need to deal with.”

Instead, the government should be looking at how retailers and the hospitality industry get workers during the cost-of-living crisis.

Brexit and the pandemic have not helped, said Khan.

“I’m in between restaurants, and moving locations, but we had a mix of very diverse people in our restaurant, from all kinds of backgrounds, including Eastern European, for service.

“It is an industry, where people you need are skilled, are hardworking, and who are also interested in learning new skills.

“We have not been able to find that for the local population.

“It is a cultural thing, and for most of them, this is not something they would want to do.

“I admit that it is not an easy industry to work in, long hard hours.

“In the past, many restaurants actually didn’t pay enough.

“Now that’s not happening because I think everyone is willing to pay the London living wage.

“With the cost of living, no one’s gonna come and work for minimum wage now, London, prices are too high.”

Entrepreneur and former European Parliament representative for the Liberal Democrat, Dinesh Dhamija, said that Sunak has the experience but Truss was playing to the party faithful.

“The Brexit debate was all about claims that couldn’t be substantiated, yet they won, and this is what Liz Truss is doing.

“Then in the spin room afterwards, they spin all the negativity in whatever Rishi says.

“So, the logic doesn’t count in politics it seems, especially with the conservative faithful.

“All Tory governments have come in and borrowed a lot in the debt markets.

“Both of them understand about borrowing and spending and tax and spend, one through advisers and one through experience.”

He told Eastern Eye that entrepreneurs would always find ways to be successful.

Dhamija is currently investing in solar power in Romania on a 900-acre site.

But Lord Bilimoria said his argument was backed by economic forecasters, The Centre for Economics and Business Research (CEBR).

Its latest analysis [18 July] suggested that the government had £60 billion financial headroom.

“And the Duke of Wellington’s motto was ‘fortune favours the bold’, and this is the time to be bold.

“That’s what one’s got to do at a time like this, as he did in a big way during the pandemic.”